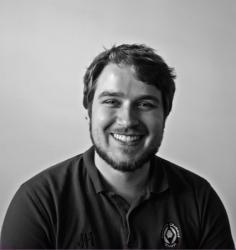 Zak Hughes and James Honke
Published at 09:00 on 6 March 2018
Images by Warhorse Studios

As our review notes, Kingdom Come: Deliverance is a HARD game, with much of the challenge coming from the fact that the game steadfastly refuses to hold your hand. Instead, the game throws you from the nest like a baby bird and you subsequently spend a lot of time falling down. However, dear reader, have no fear. We have done the unenviable task of falling down over and over again on your behalf, so that you might learn from our considerable mistakes and flourish in the brutal world of 15th century Bohemia. Without further ado…

Some of the skills in KC:D seem remarkably unhelpful – after all, how on earth can herbalism help you beyond an uncanny ability to pick flowers? Well, apart from providing you with a healthy supply of ingredients for alchemy (another useful skill), the Herbalism skill has some gorgeous perks, like ‘Resistance’ (which boosts Vitality) and ‘Leg Day’, which grows your strength stat with every flower you pick. Alchemy is also super helpful, saving you a lot of money along the way, and Reading allows you to grow skills through books, which you can do before you go to bed, as well as allowing you to read written clues on any quest (you can learn to read in a side quest – make sure you get it done early). Don’t skip them.

North-east of Neuhof in a small camp is a trunk. Inside that trunk is some of the best heavy armour in the game. It’s supposed to be an end-game treat from the story but it’s also available to be looted from the very beginning, so don’t miss out – go there as soon as you can before they patch this out. Just remember to carry as little as possible – when we did it, it took us half an hour of real life time to walk back because we were so overencumbered. EDIT: This might be hidden behind a ‘very hard’ lockpick now to prevent you from doing exactly this; see for yourself.

Just like real life, you can’t get better at something until you’ve learned how to do it in the first place. The same goes in Kingdom Come – you can’t get better at reading unless if you do the side quest in Uzhitz, for example. This also goes for some key skills in the game – if you want to be able to pickpocket, you have to learn how to do it from Miller Peshek at the Rattay Mill, and if you want to be a more capable fighter you need to practice with Captain Bernard (also in Rattay) BEYOND that which you learn from him near the beginning. This extra training will teach you how to use combination strikes (including one combo which is devastating against helmet-less characters) and master strikes (which are really just counters, but which are incredibly useful in a combat situation). You literally cannot use either until you’ve done this practice, so get it done!

Talking of Captain Bernard, he’s also a key NPC if you want to make some sweet sweet Groschen. You’re going to want to try and earn as much money as possible as early as possible – it’s very helpful to have some spare change on tap for all sorts of things, including repairs for your armour (get them done before the condition reaches zero, or the armour is useless) or even buying quest items. Fortunately, it’s not too difficult to earn money in Kingdom Come since you can just take it by force from some bandits, and it’s not even illegal! Make sure to do the bandit camp missions that you can get from the aforementioned Captain Bernard or Sir Robard in Talmberg because they’ll pay you a tidy sum and you can sell all of the armour, weapons and other loot that you find at each of the camps for a tidy payday. Cuman armour especially is worth an absolute mint, and if you get the St George’s armour from Neuhof and do all of the sword-training, getting it should be a relative doddle. If you’re heading towards being over-encumbered, be sure to use your horse’s saddlebags to carry the extra weight, and if you don’t fancy a bandit camp, you can also earn money by making and selling potions (the base – oil, water or others – can be found at the bench, don’t waste time looking for it), or by doing quests. Sell everything you don’t need and don’t be tempted to hoard. You won’t come back for that early-game armour, we promise.

KC:D is a realistic game – as such, what you’re wearing affects what you can and can’t do. Want to dig up that treasure you just found? You’d better be carrying a spade (honestly one of the most essential items in the game – leave it in your horse’s saddlebags). Want to sneak around in the dark? Better not be wearing a load of super shiny, super jingly armour (instead, use the sneaky armour recommended by Gamersheroes – we haven’t found better!). Want to wander into an enemy camp? You’d better be wearing their uniform, numbnuts. In short, your gear and how you use it matters. This also goes for weaponry too – we spent most of the game trying to use a shield and a longsword together, which not only makes it nigh on impossible to counter properly but it also slows your attacks to a veritable crawl. Use a shortsword with a shield, and also think about whether heavy armour is the best complement to an agility weapon (hint: it isn’t).

Melee combat is fast and brutal, and fending off more than a few enemies at once is a near-impossible task even when clad in the most protective armour. The use of archery is extremely effective when faced with multiple opponents as it is possible to keep moving away from melee attacks whilst firing arrows into oncoming attackers. Bows are difficult to use at first, and even with practise can be inconsistent. It’s worth using archery in less high-octane combat against weaker enemies to get a better feel for how arrows fly, and soon enough you’ll be able to dispatch enemies with one or two well-placed arrows. There’re few more satisfying moments in gaming than seeing a heavily-armoured opponent flop to the ground, having taken an arrow point-blank to the eyeball.

This obviously goes for eating and sleeping (you rarely need to buy food, as most pots will give you 25 nourishment off the bat) but also for little things that might help you survive in perilous situations. Don’t be afraid to turn tail and run occasionally if you’ve bitten off more than you can chew, and also be sure to weave left and right if you’re trying to avoid arrows on a horse. Your enemies aim about as well as you do, so be sure to make use of that fact if you’re having to scarper. Also be sure to heal up whenever you get the chance, either at a bathhouse or in bed, because you won’t heal during the day – sleeping can often save the game too (though be sure to check that it has actually saved). If you’re on the road, be sure to eat to aid the healing process, though make sure you don’t eat anything with anything less than 50% freshness as you’re more likely to give yourself food poisoning than you are to actually heal yourself.

This obviously goes for all facets of regular life, too, but you’re going to need it in KC:D. Rather than charging into combat, it’s often worth having some patience and sneaking around to get an idea of any advantages that the landscape or the mere element of surprise might have to offer. You often have more time than you think you do, so unless you’ve been told to do something instantly (like go and meet someone urgently), you can usually take your time to plan a better strategy. Better to turn up late than not at all. This also goes for taking the most direct route – it may be wiser to circumnavigate hills rather than trying to mount them, since even the shortest fall can leave you either dead or hamstrung, and going into a fight with only one good leg is uaully a death sentence. This isn’t Skyrim – don’t try and jump up that mountain.

Follow these tips, and you’ll have Henry at the top of his game in no time. That’s not to say it’ll be easy to keep him there, as a moment’s slip up will remind you that being comfortable in Kingdom Come: Deliverance is not a permanent state of affairs – but that’s all part of the fun, right?