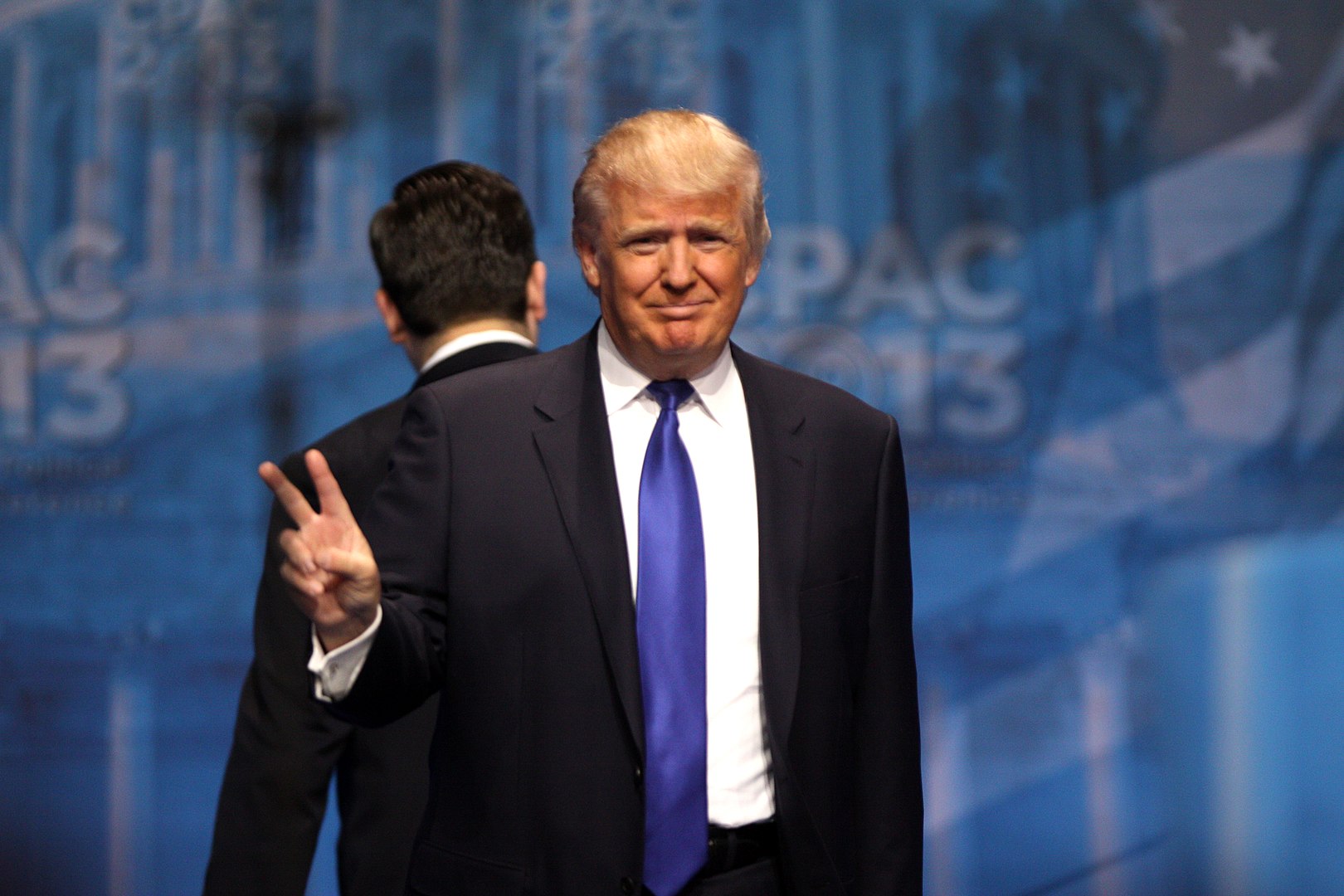 A War of Words: Donald Trump and the Consequences of His Language

Comment Writer Massimo Spinelli criticises the language used by the American President, exploring the consequences of his violent rhetoric

Written by Massimo Spinelli
Published at 09:00 on 23 November 2019
Images by Gage Skidmore

On 27th of October, the US President, Donald Trump, claimed that the previous night: ‘US brought the world’s number one terrorist to justice’, referring to ISIS founder and leader Abu Bakr al-Baghdadi. ‘The daring and dangerous operation led by American special forces, in collaboration with other actors present in the area such as Russia and Turkey, was a success, and no man involved in the operation has been injured in any way’, President Trump added.

While Trump was busy triumphantly announcing to the world that he finally fulfilled what had been his administration-number-one-security priority, the words he used to describe in detail how the operation took place left most people quite shocked. Sentences like: ‘He died after running into a dead-end tunnel, whimpering and crying and screaming all the way’; or, addressing terrorists: ‘These savage monsters will not escape their fate, and they will not escape the final judgement of God’ echoed all over the world. It is not the first time that POTUS has used this kind of language during a rally or a press conference, and the matter of the words he uses to communicate should not be underestimated. Even though this is precisely what Trump’s supporters would expect him to say, this doesn’t allow him to escape the responsibility that comes with his role and what it represents. The way some of the most influential politicians express their opinions and how they refer to issues, or people, inevitably shape the general-public thought.

For instance, hearing the President of the United States declaring: ‘Baltimore is a disgusting, rat and rodent-infested mess’ to attack a black Democrat representative, or: ‘To go back to where she came from’ referring to Democrat congresswoman A. Ocasio-Cortez, cannot and should not be considered ‘normal’ in any way. Something which has always be seen as unacceptable and possibly racist is now becoming part of the every-day political discourse. It appears to be one of the main features of the so-called populist movements. Using the words people adopt in their everyday-life might be seen as an attempt to bring people closer to the political world; but is that enough to justify such a violent and possibly dangerous language?

While some might agree or disagree with what the US President says, it is undeniable that a violent narrative triggers violent response and violent behaviours. The University of North Texas researchers have found that considering only campaign rallies held by Trump in 2016, hate crimes in those communities have risen by 226%; and there are several other valid reports which show similarly alarming results. Undermining historical conquests achieved by minorities (LGBTQ+ community, African-Americans and Latinos, among others) and encouraging division inside American society have stably become part of his speeches. It appears evident that the quality of the political discourse is slowly decaying and that diplomacy is not considered as a valuable skill anymore. The list of President’s embarrassing claims is extraordinarily long, and it goes from misogynist comments about women, mocking their aspect and their bodies, to shamefully nicknaming country’s leaders during a UN general assembly session (Kim Jong Un is a ‘Rocketman who is on a suicide mission’). One of the latest examples of a total lack of any diplomatic sensitivity is Trump’s letter to Erdogan,

sent to the Turkish President just a few hours before the start of Turkish military operation in Northern-east Syria. The document contains threats and unacceptable expressions used by US President, such as: ‘Don’t be a tough guy. Don’t be a fool!’. The Turkish President had reportedly become furious reading the letter and, after throwing it in the bin, he even accelerated times for the operation to start, triggering the exact opposite reaction to what was the primary purpose of the letter in the first place.

When it comes to considering ‘unofficial’ ways to communicate, things don’t get any better: his tweets became famous for the absence of reasoning and elegance. Political actors have always used media and their influence to diminish their political opponents; this is nothing new. What is new, is that unfortunately, we are getting more and more used to witnessing hatred rhetoric displayed by influential people who don’t think, or don’t care, about the effects their words could produce. Some might argue that they do think about the meaning of their words, and they do use those with the aim of striking public opinion and looking ‘sexy’ and catchy, politically speaking. The truth is more likely to be a combination of the two, but this doesn’t change the fact that this tactic is the result of a scarcity of sense of responsibility and total electoral opportunism uniquely driven by self-interest. It looks exactly the opposite of what politics should be about. Still, nowadays the situation seems to be an infinite political campaign scenario, where catching votes is the only thing that matters.