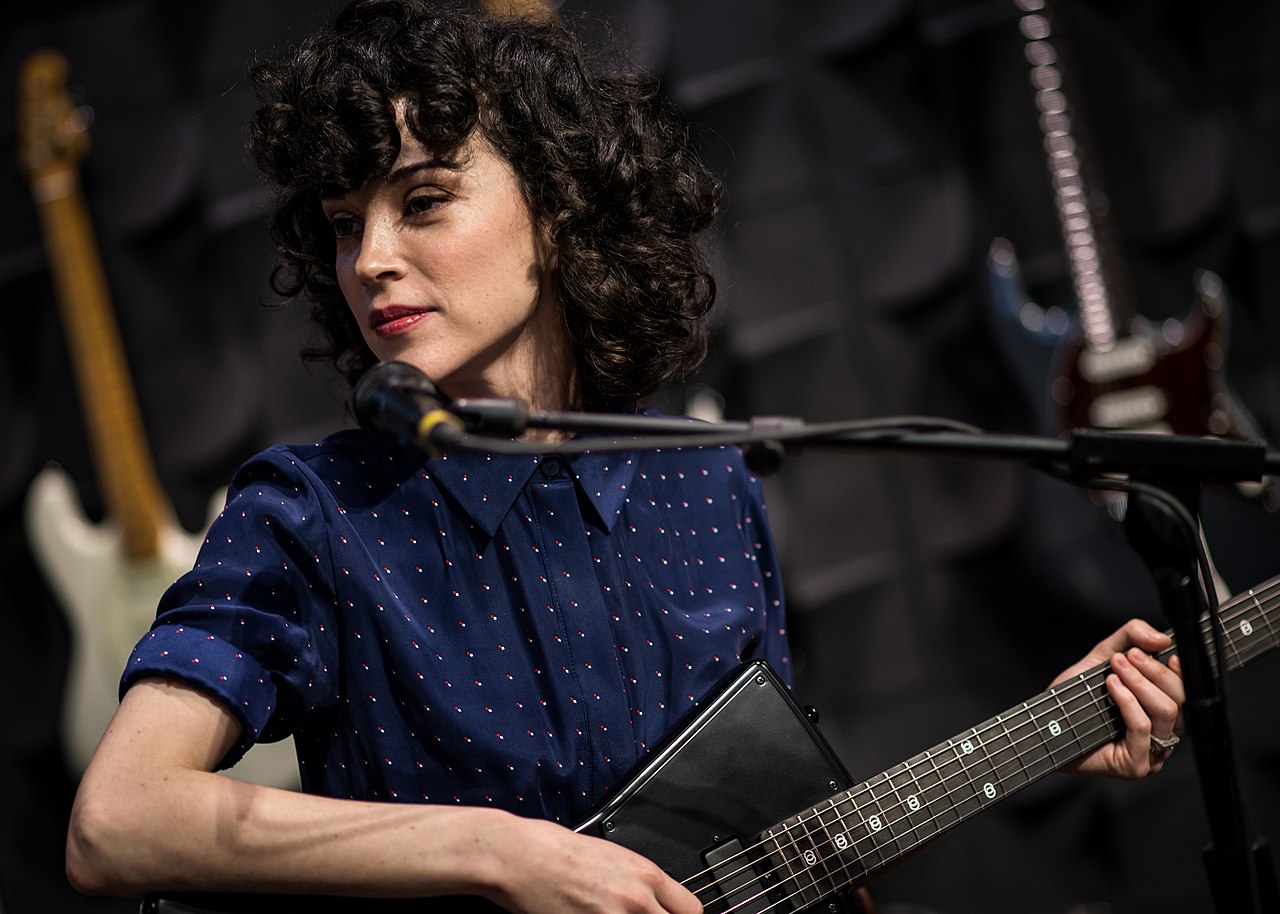 May 14th marked the release of the sixth studio album from American singer-songwriter Annie Clark, better known by her stage name, St. Vincent. After a four-year hiatus following the success of her hit 2017 album, Masseduction, the release of Daddy’s Home has brought with it new musical terrain and new avenues of expression for the Oklahoma-born musician.

Daddy’s Home was promoted by the lead single and opening track, ‘Pay Your Way In Pain,’ released in early March. The song, laced with funk rhythms and electronic beats, gives a clear idea of the trajectory which St. Vincent takes over the course of the album. ‘Pay Your Way In Pain’ quickly segues into ‘Down And Out Downtown,’ which, after having listened through the album several times, I can already confirm is a personal favourite. There is just something so smooth and enticing about it, particularly in the exotic raga textures of the sitar which features throughout. I believe this is the first time that this particular instrument has featured in St. Vincent’s discography; it also makes an appearance at several other points in the album, including on the track ‘My Baby Wants A Baby.’

The album’s third track, which just so happens to be its title track, is equally funky in sound and style. We get a taste of some of the more experimental and quirky elements which characterised the earlier period in the singer’s career, including comic yelps and distorted riffs, which overlie the song’s otherwise conventional structure. The following track, ‘Live In The Dream,’ follows a similar form. Taking a skip ahead, we arrive at the ‘Melting Of The Sun,’ the second single to be released from Daddy’s Home. As its title may suggest, this track has an extremely languid and psychedelic rhythm, accompanied with soothing backing vocals and a soaring guitar solo. It is terrific, and certainly one of the album’s highlights.

‘Humming – Interlude 1’ is the first of a trilogy of brief songs interspersed throughout the album. Like the remaining two interludes, it is one of the more forgettable tracks: an unnecessary addition, probably included for filler, more than anything. We also experience a bit of a dip with the tracks ‘The Laughing Man’ and ‘Somebody Like Me.’ They are not bad, as such, but, listening to them, I feel as if they both go nowhere. Fortunately, these minor weak points are outweighed by the album’s overall consistent quality.

The album’s eighth track, ‘Down,’ is a real gem. With its heavy groove and funk-flavoured beat, not to mention her strong vocals, St. Vincent really delivers here. The influence of James Brown, Parliament and other funk legends really comes through on this song, just as it does in the brass arrangements and intricate rhythms on ‘…At The Holiday Party.’ Before the album closes with its third and final interlude, we come to the penultimate track, ‘Candy Darling.’ In contrast to the explosive, dance-worthy tunes which dominate much of the album, ‘Candy Darling’ is elegant and soulful in style. Its soothing atmosphere and lounge-like tempo contribute to a poignant and satisfying ending (just about) to the album.

With her long-anticipated return, St. Vincent has certainly not disappointed. Her newest release augurs extremely well, both for her own future career and the future of music post-covid.