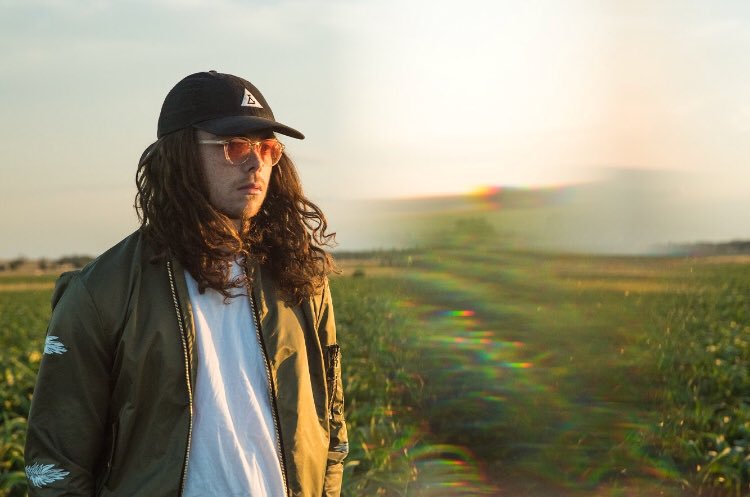 Written by Jamie Fowler
Published at 10:36 on 10 November 2019
Images by @vcsleepclinic

Australian singer songwriter Tim Bettinson leads Vancouver Sleep Clinic to a successful sophomore project in Onwards to Zion, tying together threads of ambient, hip hop and rock influences to produce a collection of melancholic songs that ultimately form an album in pain.

In many ways this album is subtler in its production than its studio album predecessor Revival, retaining the longing nature of that project whilst taking an arguably more minimalist sound. However, below the surface there is a transfixing backbone of hip hop, foregrounded in the band’s two EPs released last year, Therapy Phase 01 and 02. The beats and vocal effects chosen throughout the album give an edge to the emotional weight of the tracks and seamlessly ease from ambient melodies to heart swelling guitar breaks.

From the opening track ‘Bad Dream’, the synthesised sound wavering alongside Bettinson’s voice mimics the album artwork of a ship on the ocean, quietly moving along until it is disrupted by the profound drums realising Vancouver Sleep Clinic’s hybrid sound. The blissfully delicate tones are sharpened by these percussive choices that elevate the artist’s lyrics, forcing the project sonically into the darker depths of its songwriting. The writing style of this album mixes simplicity with poetry in a way that articulates loneliness and restlessness, understanding the impact of evocative imagery and the ache in saying Goodbye.

Onwards to Zion treads this line for the duration of its 44-minute runtime, trading anxiety for nostalgia, reverting back, and through this exchange navigating the road to peace in one’s isolation. Tracks ‘Summer ‘09’ and ‘Into the Sun’ wrench on your core with the same formula as the opener, lines like ‘I’d rather live in the past / Than face tomorrow’ and ‘I always abandon myself and I don’t know why’ resonating wistfully. Despite its language often being far less subtle than its production, it doesn’t feel hollow, but rather acknowledges how hard it is to feel entirely lost.

It is this quality that maintains the momentum of the album despite feeling a bit repetitive in its second act. Whilst slightly overfamiliar, the sadness seeping throughout the LP still hits throughout and crests once again on the song ‘ZION.’ From the line ‘I’m more afraid of life than I am afraid of death,’ the track soars through experiences with religion and love, perpetuating the fear consistent on the project before culminating in a triumphant collection of brass instruments that suggests a turning point.

From there, wading through the quiet, acoustic nature of the song ‘Yosemite,’ we arrive at the final song ‘Love, Love, Love…’, which although on the nose, thematically serves as a powerful ending. At this point, we have witnessed endurance of all the loneliness, anxiety and hurt of being heartbroken, but recognise that these feelings must be felt. Chanting the word love, the album drifts off like the ship on the cover, mournful of what has been lost, but ready to invite what might be found.

Onwards to Zion improves on what has come before and whilst staying resolute in its narrow focus, never loses its beautiful, aching tone that grips you in a nostalgic trance.

Onwards to Zion is available now via BBTV.