How American Gods Became the Best Thing on TV

With American Gods receiving critical acclaim across the world, Deputy Editor Harry Turner explains what’s so great about the show and why you should be watching it. 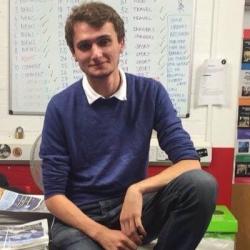 Before the first episode even aired, there was a lot of praise to go around for American Gods. After a special preview last year, many were calling it a Game of Thrones-killer, or at least the production that would rival that critically acclaimed show. Half-way through its first season, it’s hard not to get behind such praise.

This said, if there is one drawback to American Gods, it is in its explanation – or indeed mere presentation – of its intriguing central premise. Keeping this article spoiler-free, American Gods is based on a novel by Neil Gaiman, and as that name might suggest, is about gods, ancient and new, in modern America, and their plans and conflicts within it. Yet the first few episodes of the show are rather coy about this premise, and the nature of American Gods’ world in general. The titular gods themselves are often introduced via alternate names or are established through their actions – which, though ultimately quite telling of the sort of deities they are, can often leave you in the dark unless you’re well-versed in that particular ancient culture’s religious figures.

Point being: American Gods is no easy or casual watch. The name of the show is often more telling of what its story is about than anything in the actual initial episodes. This may not be a drawback for some, but if you’re someone that struggles with Game of Thrones’ vast array of characters, American Gods may prove as, if not more, challenging.

Yet for those that are prepared to either Google the answers they want or settle for short-term ignorance, American Gods has in store a fascinating examination of Western culture and American identity. When it fires on all cylinders, American Gods is as powerful a series as it is subversive.

Via characters like Mr. Wednesday or Anansi, the show examines how America was and remains a melting pot of different cultures from across the world and across history; while at the same time, in the show’s central conflict against the new deities like Media or Technical Boy, showing how this melting pot has created a culture of its own in the modern age. The latter area does sometimes run the risk of being patronising, but American Gods in the end handles it deftly – showing little judgement when it comes to these new ‘religions’ so much as curiosity in how they grew so powerful. In between all this, the show considers ideas like race and afterlife in thought-provoking ways – with the second episode being particularly stand-out in this regard.

As impressive, however, is how American Gods never loses its characters to the analogues that they often are. Despite the deities and the cosmic conflict at the heart of the show, American Gods features genuinely human characters as multi-layered as anything you’d find in Game of Thrones or Mad Men. Though the protagonist Shadow Moon remains somewhat of a blank slate in the initial episodes – no doubt due to the requirement of being the audiences’ eyes and mouthpiece first and foremost – the likes of his wife Laura, or even side-characters like Audrey, are absolute stand-outs. The latter’s grief early on is gut-wrenchingly genuine to watch, whilst the exploration of Laura later in the show is a fascinating examination of a deeply flawed but surprisingly relatable human being.

The fact that a show like American Gods can have such relatability, despite its grandiose premise, is the ultimate testament to its fantastic writing – and this writing that is only further elevated by the performances of heavy-hitters like Ian McShane and Gillian Anderson, as well as less well-known performances like Betty Gilpin and Yetide Badaki. Truth be told, there isn’t a single member of American Gods’ cast that doesn’t impress – and were it possible, they’d all be listed here. The show, truly, is a tour de force in both script and scene.

For those that aren’t so interested in the thematic and the artistic, however, there is still much to love about American Gods. The show is consistently shocking, and wickedly subversive. Right off the bat you’ll be treated to bloody mayhem and sex scenes that go wildly beyond what you’re expecting. Such surprises keep on coming as the episodes roll by. Some will make you laugh out loud, others will make your frown in confusion, while others still will have you recoiling in horror. On this gratuitous level alone, American Gods is worth a watch by everyone with access to it.

In the end, to be pegged as a show that can rival the likes of Game of Thrones is no small thing, but to be able to exceed such expectation is something else entirely. Certainly, American Gods will not be for everyone – much like the show that it has been compared so much to. Yet for those that want a pervasive, thought-provoking tale that stays with you long after each episode, the show is an absolute must – and even for those that aren’t after such things, American Gods needs at least to be tried.

Smart, subversive, and shocking, American Gods is without a doubt the best thing on TV right now. You can catch up on all the episodes released so far on Amazon Video, with each of the eight-episode season being released every Monday. A second season for the show has already been announced.