An Interview with Ryan Gander 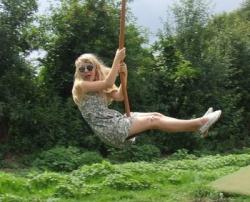 ‘Night in the Museum’ at the Birmingham Museum and Art Gallery is a fascinating collection of art works from different artists, mediums and inspirations. Curated by Ryan Gander, the idea is that this free exhibition will create a sense of what the BMAG is like after hours, when all that is left is the artwork. The exhibition has been arranged in such a manner that art works, from classics to contemporary, are essentially paired off with each other. On the 26th of November, the exhibition, in the BMAG’s Gas Hall, will open to the public as a celebration of the 70th anniversary of the creation of the Arts Council. In partnership with the Arts Council, Ryan Gander and the BMAG have managed to create an exhibition like no other that I have ever encountered.

I was lucky enough to be able to sit and down and chat about ‘Night in the Museum’ with Ryan himself, and we discussed the meaning behind the exhibition. It was clear that ‘the act of looking’ is a clear and key message that Ryan wants to permeate the entire exhibition.

In a world where we are all so caught up in ourselves, is the ‘act of looking’ as lost art? Or does this exhibition reignite the love of looking and absorbing what is around us?

Humans love their self-image, don’t they? I read a statistic the other day that in Creative Writing Classes one of the biggest complaints is that everyone wants to read their own story out, but no one wants to sit and listen. I thought this sums up this era that we live in, the ‘era of the self’.  I remember going to galleries and museums and seeing a great many people watching other people watching art. I think that’s a really ‘British’ behaviour – in Britain, there is more of a stigma attached to being a spectator of art, because it is often seen as an elitist pursuit. People are scared of saying what they see, in case they are wrong. The irony is, with art you cannot be wrong! Unlike an adult, if you send a child into a gallery, they’ll just say exactly what they think. As Picasso said, ‘Every child is an artist. The problem is how to remain an artist once he grows up.’ In this exhibition, both the artworks and the audience are spectators, rather than the usual dualism of spectacle and spectator.

Many of the artworks that you have picked are reinventions of other works of art, such as Degas’ ‘The Little Fourteen Year Old Ballet Dancer’. Why did you pick these artworks, and what do you think the reinvention of art will look like in the future?

I picked certain art works that could be seen as a cliché of art, but not in the negative sense. Art work becomes a cliché because lots of people agree on the message it is presenting or the skill it is demonstrating, so in reality it is actually an example of an artistic truth. All the pieces contain the colour blue because, as I am colour blind, blue is one of the four colours I can see. Blue is also the colour of infinite depth, and beginnings without an end.

In terms of what is to come, I have noticed that young people are really concerned with the future. I went to a conference at the Tate Gallery a few years ago, about the future of museums and art galleries. The idea was discussed that all the greatest art works would be stored on a piece of technology that was so advanced that it could project art work into a space, without the art work physically being there. The issue there is that the art would be simply a projection, and not the real thing. It’s about what the piece means, not what it looks like. And if it isn’t there, then the point or purpose of art is defeated.

That’s what I love about this exhibition, though. You are completely absorbed and immersed in this world of art, where each piece has so many different meanings. How did you organise the exhibition?

With professional curator Natalie Rudd who works at the Yorkshire Sculpture Park, we positioned each piece very carefully. We picked the pairs together. The pairings of the exhibitions make it quite uncanny – the art work is no longer singular, as each piece is positioned with another, overall forming one art work. A new meaning is created by the positioning of those two things. An artist can get away with this potentially rather bold move.

This exhibition appeals very clearly to those of all ages, but particularly younger people. How do you think experiences of this exhibition will vary?

Everyone who comes will get something different out of it. When we were exhibiting at the Yorkshire Sculpture park, two older ladies came up to me and said that they found it hard to walk between the art works that had been paired together. I asked them why, and they said “it’s as if there is a force field there, and I felt like I was intruding!” I never would have thought of that! It makes you wonder how other people will respond.

I think that is part of the interest surrounding this exhibition. Everyone learns from them. Art is an education, a way of bettering yourself and making yourself more equipped. People who are interested in continuing to learn throughout their life, and making contributions to knowledge, people who aren’t scared to look and love to learn, are the kind of people who will succeed and will be able to change the world. This exhibition feels like an experience of a new city – full of different people and different objects, it’s just like walking round Birmingham!

Having exhibited at the Ikon Gallery, and taught here, what is your history with Birmingham?

Whilst not necessarily having a connection with Birmingham, I feel as though I have an affinity with the city. The Midlands feels like a strong, working class city. It is a refreshing place to visit, unlike other cities I could mention…

‘Night in the Musuem’ is a refreshing and unusual museum, where art work is reinvented as your perspectives of the dual pieces are manipulated and tested, forcing you, as the observer, to see art in a different way. This FREE exhibition runs from the 26th of November until the 12th of February 2017. I would heartily encourage you to head down to the BMAG to catch this frankly revolutionary artistic showcase.