ASOS, Made in Chelsea & Justin Bieber 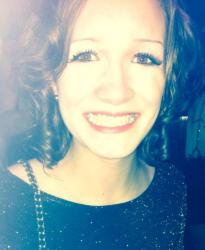 Stupid Tuesdays: Our favourite night of the week has returned to its rightful home. Tuesday nights are suddenly great again.

Made in Chelsea: The filming of series 7 starts in just a few weeks and is set to return in early April. We’re sure Spencer Matthews is gutted that he won’t have time to pop back to Selly Oak.

Spring Fashion: The sales are clearing to make way for the Spring collections. Key trends for this season include pastels, embellishments and florals.

Justin Bieber: Much to the surprise of us all, Biebs was arrested last Thursday after being caught cruising round Miami under the influence of alcohol, marijuana and prescription drugs. He’s been released on bail, but something tells us we could be seeing a Miley Cyrus-esque prison shot of him again in the near future. Sort yourself out, honey.

The Wanted: The band announced their split last week after poor ticket sales and personal feuds between the boys. Let’s be honest, they were always just a less hot version of One Direction.

Exams: No more late night cramming sessions in the library and repeatedly reading over revision notes. Well, until Easter…

January: Our least favourite month of the year is officially over. Roll on February.