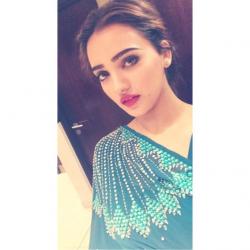 Zahraa-Bibi Vindhani
Third year Classics and English Literature Student. Beauty enthusiast, chef, lover of baths, cigars and poetry.
Published at 17:53 on 1 December 2015
Images by A$AP Mob
Two years after A$AP Rocky’s debut in 2013, A.L.L.A was leaked online earlier than scheduled in May this year. His second studio album has already made a considerable impact; not only for Hip Hop in general but has showcased A$AP Rocky as being notably experimental. With this album he has forged his own voice, his own truly original style and authentic sound. A.L.L.A deviates from the crowd-pleasing, repetitive, Chris Brown, ‘Hip Hop for beginners’ attitude; its ambition is masterfully played out, track by track each song offers another facet of Rocky’s undeniable flair. Unfortunately for many this is not a club goers anthology; but for the right people, this album provides a subversive alternative to the one hit dancefloor bangers we’re all sick of hearing.

A$AP Rocky combines rap styles of his own Harlem roots with that of Southern rappers like Schoolboy Q and Juicy J, varying the texture of the whole album and creating an unexpected mishmash of rapping technique. Rocky also shows his broad appreciation for other genres deeper into the album with tracks like ‘Max B’ and ‘Pharsyde’, which feature homeless guitarist Joe Fox, whom Rocky discovered by chance in London. Rod Stewart also makes multiple unexpected appearances across the album. It’s these bizarre yet masterful moments of blending sounds and musical worlds that makes this album sound well, new; the entirety of the album is trippy to the max. With the psychedelic, cloud rap benchmark ‘L$D’ his intimate fear of love and love of drugs is crooned in his boyish drawl, contrasting with an almost eerie come down further into the album in the form of ‘Dreams’. He shows us that rap isn’t a straight road; here it’s a dark one-minute long venture into the gloomy, meandering alleyways of his mind à la Kendrick Lamar, its nothing short of immersive.


It’s no shame to admit that A$AP Rocky is an aesthete, partying with Kylie Jenner, producing his own fashion label, appearing in Rick Famuyiwa’s Dope (2015) and proclaiming himself ‘Lord Pretty Flacko’; yet he still has substance. Yes, musically the album is jarring, captivating, but is bouncy enough to jam to. Lyrically Rocky proves himself over and over ‘Satan givin’ out deals, finna own these rappers/The game is full of slaves and they mostly rappers/You sold your soul first, then your homies after/Let’s show these stupid field niggas they could own they masters’. Need I say more? This album has stands for originality and experimentation, it is brazen, fierce and unapologetic. With features in the form of Mos Def and Kanye West, this revolutionary outlook is one of high praise in an industry where originality is often overlooked. Consider this album as not too dissimilar from Kanye’s Yeezus in terms of how some self-proclaimed fans of hip hop are unnerved by the eccentricity and broad mindedness of A.L.L.A.
Although this is only his second album, it breaks free from the mainstream hits like his ‘F**kn Problems’ with the likes of bougie people pleaser Drake; it’s an antidote to the often thoughtless commercial Hip Hop ‘insta-hits’. A$AP Rocky is let loose to breathe in the air of his full capability as an artist, perfect for providing an ambience to a ‘dark house party with this record blastin’; years later this album will be looked back on as the original mark of A$AP Rocky in his full form as a rapper and artist.