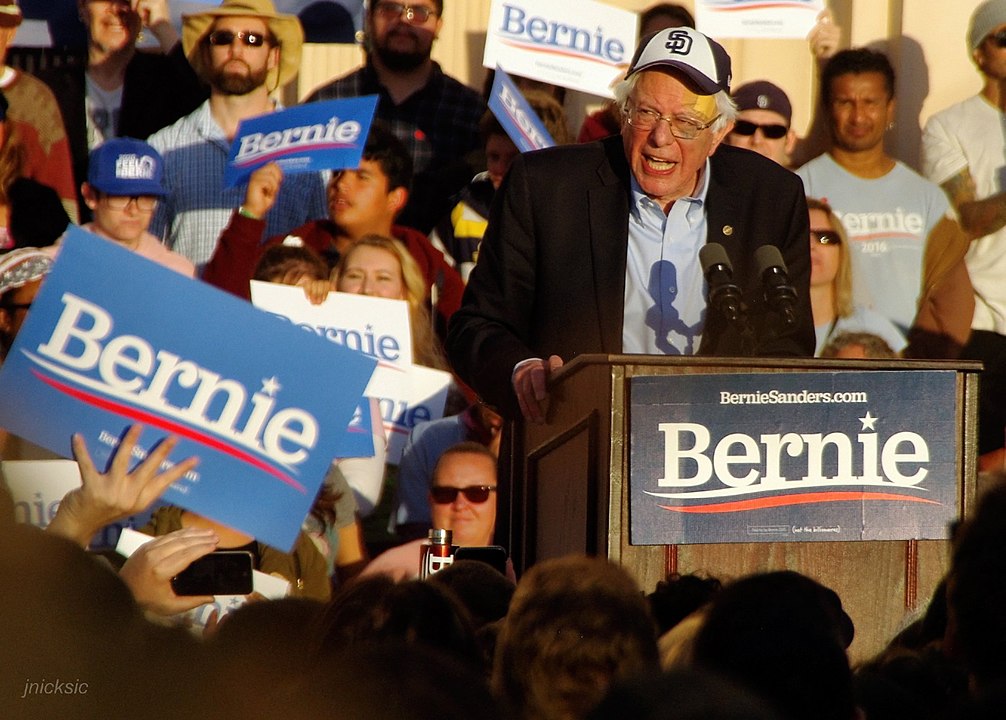 Bernie Sanders is Back

With the US Elections coming up this year, Comment Writer Lance Morris argues that Bernie Sanders is in for a good chance of securing the Democratic nomination

Written by LanceMorris1
Published at 17:00 on 13 February 2020
Images by John Nicksic , wikimedia commons

We are just days away from the start of the Democratic Party primaries and a new political revolution could be on the horizon. Bernie Sanders is leading a left-wing movement in the United States and unlike last time he is entering as the bookies favourite to be their nominee for President. In the 2016 race, Sanders had to start from scratch against the Clinton political machine, but this time his campaign seems to be far more prepared. A self-described ‘democratic socialist’, the Senator from Vermont has combined energy, organisation and a clear message that he is ready to shake up Washington.

Medicare (Healthcare) for all, College for all and a Green New Deal are not your average campaign soundbites, they are central planks for a genuinely left-wing platform never seen before in US Presidential elections. The movement Sanders has built is powered by younger voters, but this time he is trying to expand his support among latino and black voters, a lack of which hurt him in 2016. Whilst the polls still have former Vice-President Joe Biden leading nationally, Sanders is closing in and has surged into first place in both Iowa and New Hampshire, the first two states to vote. No candidate has ever won both states and not become the party’s nominee and Sanders supporters don’t intend for him to be the first. Those on the ground in Iowa have stated that his campaign has the strongest ‘ground-game’, which can be so vital for getting the vote out in close races.

Of course, the figure of Donald Trump has hung over the race. With the impeachment process dominating the news cycle, one all-important question has been at the forefront of Democrats minds, which candidate will beat Trump? This is the overriding priority for many Democrat voters, with a majority stating they are prioritising finding a candidate who can beat him rather than someone they agree with on the issues. This is what Joe Biden has made his campaign all about. In fact all the moderate and pro-establishment candidates, be it Amy Klobuchar or Pete Buttigieg, are simply running anti-Trump campaigns. Judging by the trajectory of the polls, that message isn’t enough for Democrats. Nor should it be. After 8 years of a Obama Presidency that failed to deliver fundamental change and Hillary Clinton’s status-quo campaign that foisted Trump on them, a real change candidate is more attractive a prospect than ever before.

Regardless, Sanders may well be the most electable candidate in the field. For any Democrat to win the White House in November, they will have to defeat the power of Trump’s populist message and huge social media presence. Simply shouting at voters over and over again about how bad Trump is without offering your own distinct platform is hardly a logical strategy to win over much of the 46% that voted for him in 2016. Not to mention, Hillary Clinton came just a combined 79,316 votes from winning the rust-belt states of Michigan, Pennsylvania and Wisconsin which would have got her over the line last time around. A part of the country she largely neglected in her campaign efforts. It doesn’t take a team of electoral strategists to figure out where the party needs to start in their pursuit of victory. Working-class voters in those states who have traditionally voted for the Democrats deserted them last time around, the party needs a leader who understands their plight and has answers written into their policy agenda. Many Trump supporters are rightly fearful of having to face Bernie too, with Republican congressman Mark Meadows stating he ‘poses the greatest risk because we are still in an anti-establishment era for presidential elections,’. It seems that more and more Democrats are now realising they need to fight Trump’s populism with their own version, one that is free of corruption, racism and actually delivers fundamental change.