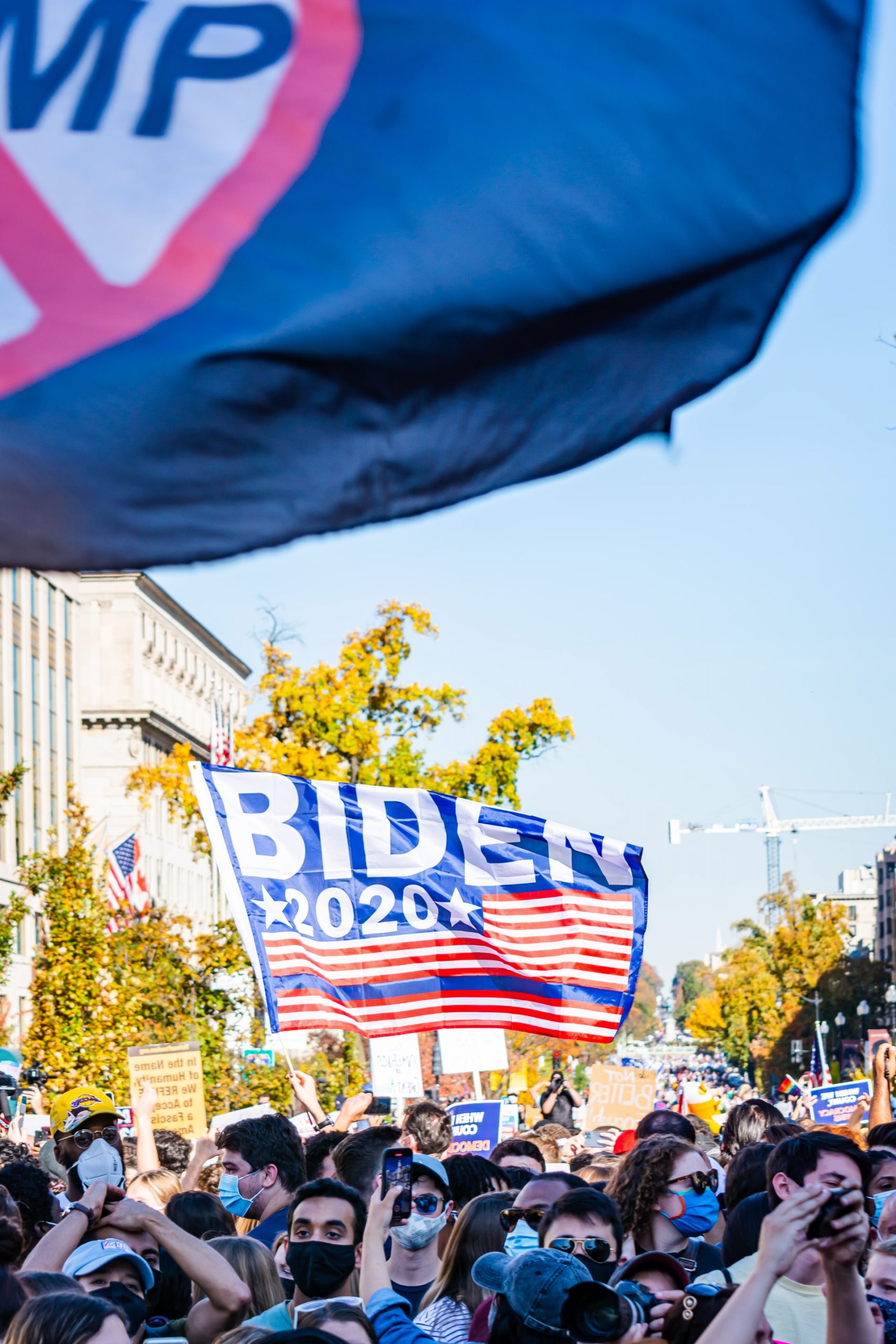 Biden Has Not Done Enough To Push Through Progressive Policies as President: A Look at His Term so Far

Written by Kit Parsons
Politics
Published at 17:00 on 10 November 2021
Images by Gayatri Malhotra

President Joe Biden was sworn into office on Wednesday the 20th of January 2021. President Biden faced fierce competition in the Democratic Primary, most noticeably from Bernie Sanders, although just before the crucial day of Super Tuesday, there was a centrist rally around the former Vice-President, where he received the important endorsements from Senator Amy Klobuchar and the now Secretary of Transportation Pete Buttigieg. The Vice-President had a seemingly large polling lead over President Trump, although come election day that gap had narrowed, and Biden stumbled to win, by a margin of roughly 40,000 votes.

But what did President Biden promise? What did he run on? I think there is great value in holding a politician to account, and in comparing their promises to their action. Biden supported raising the federal minimum wage to $15 an hour, pledged to provide greater support to minorities via an investment fund, promised to re-join the Paris Climate Accord, expand Obamacare, reverse many of Trump’s policies and implement universal pre-school (among others).

So, the President made many promises to the American people. Arguably his promises were tamer and less ambitious than those of some of his opponents, but nonetheless, a promise is a promise. What has Biden achieved so far in his first term?

Biden has assembled a coronavirus task force and worked on reuniting children with their parents at the Mexican border. As part of the American rescue plan, he has raised the Child Tax Credit, which will have a powerful effect, lifting many children above the poverty line. He also stuck true to his promise to withdraw all US troops from Afghanistan. The President also swiftly re-joined the Paris Climate Accord. He also noticeably passed a $1.9tn aid package, that extended benefits to those hardest hit by the pandemic. He also appears to have gained some level of control over the spread of COVID-19 and repealed Trump’s transgender military ban. Obviously, a President does a great amount of work, and it is difficult to summarise it effectively, but I feel as if I have fairly highlighted his biggest achievements, many of which should not be overlooked.

But what has the President failed to keep his word on? The minimum wage certainly is not $15 an hour yet. He has not implemented universal pre-school (although he seems to still be trying to). He has removed his support for free community college and has not made much progress on strengthening gun control. Despite saying he would be the most pro-union President ever, he has, as of yet, failed to come out in support of workers striking all over the country. You could also argue that he is more focused on a pipedream of bipartisanship instead of actually trying to press through his infrastructure and reconciliation bills.

It is difficult to consider everything that the President has or has not done so far, and even more difficult for me to give a sound conclusion of whether I think Biden has done a good job overall. He has made some positive things happen, like withdrawing from Afghanistan and the increase in child tax credit. But he has also failed to follow through on an array of promises, and has, in my opinion not been commanding enough in trying to pass the reconciliation and infrastructure bills and seems to be being held hostage by Senators Joe Manchin and Krysten Sinema. As I am sure is now apparent, I am split over Biden’s job performance. I think he has done some good, but that he has not done nearly enough.

So instead of staying on the fence about Biden’s job performance, I decided to speak with someone who holds a far greater level of insight. I had the honour of speaking to one of his former competitors, in the US 2020 Green Party Presidential Candidate Howie Hawkins, who was the first US candidate to campaign for the Green New Deal, co-founded the US Green Party and has been fighting for socialist policies since he was at college. As well as running for President, he has also run for Governor of New York, taking an impressive 5% of the vote away from the then popular Andrew Cuomo.  So, I asked Howie what his thoughts were on President Biden’s job performance so far. Howie said:

‘Biden undermined the progressive reforms that he and the Democrats campaigned on by seeking bipartisan support and failing to push for ending the filibuster. He gave a veto on his legislative agenda to the Republicans, who were never going to support his agenda, and to a small cohort of conservative Democrats in Congress, who are using their veto power to compromise his agenda.’

I then asked Howie what he would have done differently if he were President. He said:

‘I would have taken my program to the public hoping to build overwhelming public pressure on Congress. Polling already showed strong majority support for the Green New Deal, Medicare for All, student debt relief, and other reforms I campaigned on. I would have worked to translate that passive support into active pressure on Congress to act on them.’

Although I think Biden has done some good things so far, I could not agree more with Howie. At the end of the day, it does not seem like the President has done so much as lift a finger to try and push some of the slightly more ‘progressive’ parts of his agenda forward. He also seems dangerously keen on trying to pass a bipartisan reconciliation bill, that he may well fail to pass a meaningful one at all.

It is easy to get bogged down and just take what you can when it comes to politics. To look at Biden’s achievements so far and think, ‘well he is better than the last guy.’ But when you speak to someone like Howie who would have actually fought for real, impactful, meaningful change in America, it helps to put into perspective what Americans could have had, and that President Biden really has not done enough.

I would like to conclude by thanking Howie for his time. It is not every day you get to speak to a Presidential Candidate, and I am very grateful for his time. I believe it highlights his character and kindness. So next time you are tempted to accept something from a politician less than you initially wanted, remember that there are people out there, like Howie who will actually fight for you and put your needs first. You do not have to accept the status quo.

You can listen to Howie on the podcast ‘Green Socialist Notes.’