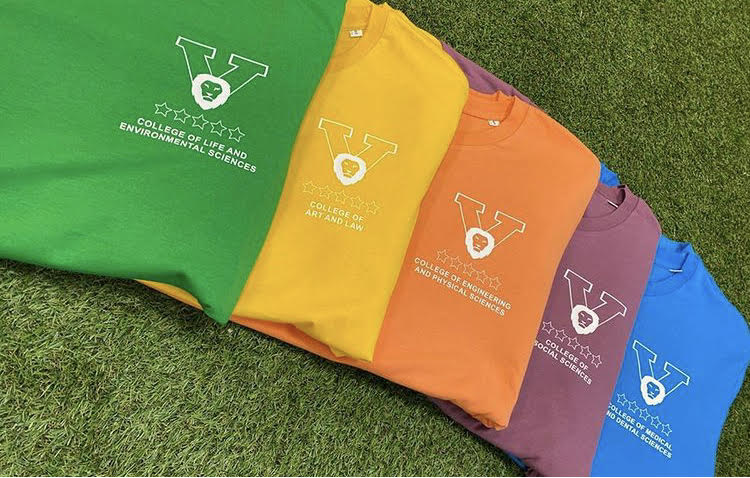 Written by Matt Grubb
Published at 12:00 on 21 February 2021
Images by Instagram/@ubsport

One of the highlights of the recent UoBe Festival was the Varsity Cup, a series of sporting and non-sporting challenges between the five University Colleges. The original format of the competition was revised in December, with all events to be moved online in light of the COVID-19 restrictions.

The main event was the ‘Birmingham to Birmingham’ challenge, held between 13 January and 28 January 2021. This was a virtual race to see which college could cover the most distance, with a collective target of 6,810 kilometres – the distance between Birmingham in the UK, and Birmingham, Alabama, in the USA. Whenever a student completed an activity, they would record their distances on Playwaze, which contributed towards their college’s position in the race. Participants could walk, run, or cycle, making the challenge accessible to all, and this allowed 188 different students to complete 1,203 different activities. The race was open to all students, irrespective of whether they had returned to Birmingham or not after Christmas.

The enthusiasm with which so many students got behind the initiative is clear to see, and it is epitomised by a total collective distance of 10,752 kilometres, which would take participants past Alabama and through Mexico into the Pacific Ocean. This included 3,150 kilometres being covered by walking, 4,119 kilometres being ran, and a total cycling distance of 3,483 kilometres. This is a remarkable feat in such a short window, reiterating how successful and well-received this inaugural event proved to be. The fact that the race coincided with another national lockdown was a timely and much-needed distraction for students to get through these difficult times. Above all, the initiative encouraged students to stay active and healthy with all competitive sport, including BUCS, cancelled.

Evidently, there was a particular emphasis on running in the ‘Birmingham to Birmingham’ race. Every single college ran over 500 kilometres, while the College of Engineering and Physical Sciences ran a collective total distance of 1,307 kilometres. This is fitting at a time where many people of all ages have taken up running for the first time during the past eleven months, perhaps one of the biggest consolations that can be drawn from the pandemic and the various lockdowns.

As well as contributing to the overall college leaderboard, individual result tables on Playwaze gave the chance for students to compete individually, with prizes for the winners from each category. There were some astonishing individual results, including Matthew Prince, a Maths and Computer Science student, who cycled an unfathomable 913 kilometres over the two weeks. Max Walk, a Biochemist, ran a remarkable 218 kilometres, the equivalent of five marathons. Ellie Farrar, who studies Chemical Engineering, covered the largest walking distance of 206 kilometres.

The Varsity Cup also comprised rounds of various other college challenges such as eSports, a short story competition, a competition involving public health videos, and a photo competition. The standings were evenly poised going into the final round of Mastermind. However, this round resulted in a resounding victory for the College of Arts and Law, who leapfrogged the College of Engineering and Physical Sciences to secure the trophy.

311 students participated on behalf of their respective colleges of education in the Varsity Cup, which underlines the event’s success in engaging students. It would not be a surprise to see the competition repeated in future years.