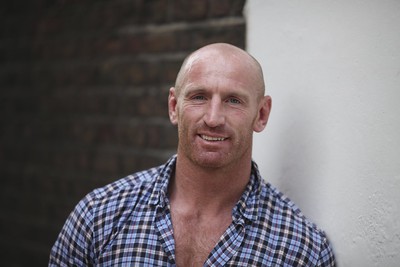 Breaking the Stigma of HIV

Written by Ellen Fadden
Published at 22:22 on 1 October 2019
Images by Will Sawney

Human Immunodeficiency Disease, more commonly known as HIV, has long been seen as a ‘death sentence’ for those diagnosed with it due to it leading to the life-threatening illness AIDS. Despite there being an estimated 94,100 people living with HIV in the UK there is still a huge stigma surrounding it, with people believing that something as simple as touching or kissing could pass it on and that only the LGBTQ+ community can contract it. However, as science progresses these long-held truths are exposed as myths and it is now known that HIV can only be transmitted through certain bodily fluids and anyone can contract it. It is also now possible to take tablets which stop the virus from attacking the immune system, meaning that those who have it can go ‘undetected’ and thus cannot transmit it. Therefore, only if HIV goes ignored or undetected do you get AIDS. Despite this, stigma and misinformation are still rife, leading many people to be too ashamed to come out as HIV positive. The people working to shatter the taboo surrounding HIV by raising awareness are therefore so important as they are potentially saving countless lives.

Amongst these campaigners stands the former Wales rugby team captain Gareth Thomas who was forced to come out as HIV positive after a tabloid newspaper threatened to publish the news. A journalist also told his parents before he had the opportunity to properly discuss it with them, stealing a poignant and personal moment away. Despite the difficulties he has faced he is now using his platform to shed light on the misnomers regarding HIV, recently completing the vigorous Ironman triathlon, demonstrating how his diagnosis has not inhibited him. He also has filmed a documentary detailing his experience, speaking about the fact that the secrecy and shame surrounding him being HIV positive led to him struggling acutely with his mental health, experiencing serious suicidal ideation. Thus, Thomas is living proof for the argument that coming forward and speaking openly about HIV positive status can relieve some of this loneliness. It can also inspire others to talk about their own health status, pushing the idea that people will not have to struggle in silence and they can receive help.

Another high-profile celebrity, Queer Eye star Jonathan Van Ness, also publicly revealed he was HIV positive after living with the secret for seven years, with legions of people praising him for his transparency. According to Avert, which provides information and statistics on HIV and AIDS, ‘In 35% of countries with available data, over 50% of people report having discriminatory attitudes towards people living with HIV’. Thus, Van Ness is yet another testament to the bravery of those who are HIV positive and he too is championing the idea that the more openly it is talked about, the more freely people will access important and potentially life-saving care that will stop HIV from developing into AIDS. The Elton John AIDS foundation also works to break this stigma, urging people to educate themselves on HIV and receive treatment without being ashamed.

Therefore, those such as Thomas who are shining a light on their experience as HIV positive are highlighting the importance of speaking openly and of challenging the taboo surrounding it. The impact this can have on both mental and physical health is enormous as it can help those suffering to feel less lonely and encourages people to obtain life-saving treatment. HIV is more common than you may think. This is why it is so imperative to break stigma surrounding it and to educate people, which may just save lives.