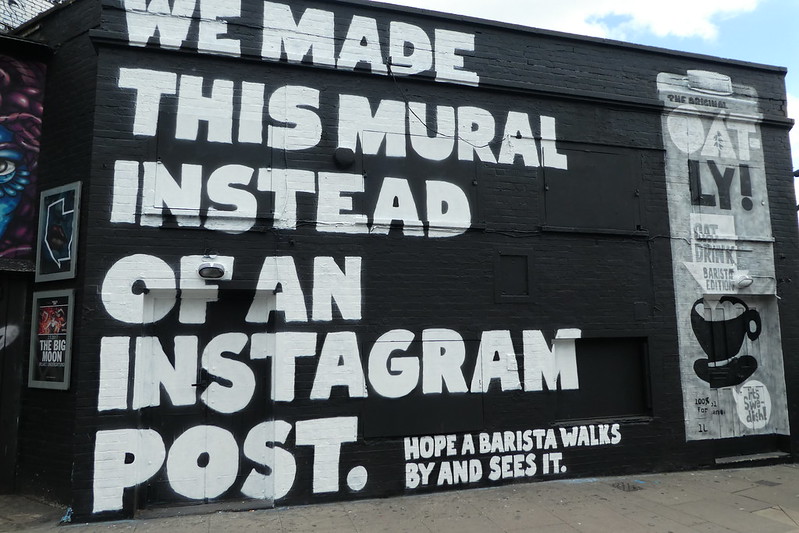 Cancel Culture and the Death of Nuance

Comment Editor Freya Wainstein discusses the disadvantages of cancel culture, arguing that it promotes both the death of nuance and debate

Cancel culture has become endemic, thriving in a society where everything is on-demand and transactional. If you are a young person, particularly a left-wing young person, chances are you have had discussions about ‘cancelling’ someone, and that is if you yourself have not cancelled someone already. What is meant by this, according to Urban Dictionary at least, is ‘to reject an individual or idea.’ Alternatively, according to Lisa Nukamura, a professor at the University of Michigan, it is a ‘cultural boycott.’ Whilst this is primarily a conceptual or performative act that takes place on the internet, so much of our world now exists in this realm that it can make a palpable difference to people’s lives. As an article for The Independent puts it, ‘in the economy of the internet, where attention often equals money, such a boycott has consequences.’

The risk is that once brands, investors, or people with power see that the public, who are essentially consumers, have lost faith in someone or something, they are less likely to help them to grow or succeed. This is highly problematic, due to the lack of nuance and sensitivity that the process of cancelling has. Meanwhile, the culture of cancelling discourages growth and patient communication, things necessary for a healthy culture. What makes matters worse is the terrifying speed at which someone can be cancelled. All it really takes is for someone, via their social media, to announce that someone, or something, is cancelled.

One pertinent example of the harm of cancel culture is the cancelling of the vegan food brand, Oatly. The Swedish company, which focuses on creating dairy alternatives such as milk and yoghurt out of oats, was cancelled after a discovery that one of its investors is Blackstone, a private equity firm. Blackstone has allegedly contributed to deforestation in the Amazon – although Blackstone refutes this, claiming they never ‘owned’ the industrial road in question – and, on top of this, the CEO of Blackstone is apparently a donor to Trump. The social media outcry began with Laura Young stating: ‘I don’t want my money going to the destruction of the planet, and putting people’s lives and land at risk just so that I can have a creamy coffee in the morning!’ And with that, Oatly was cancelled.

This is a prime example of how cancel culture is disabling nuance. Grace Beverley, a 23-year-old entrepreneur, social media influencer and founder of two sustainable brands, publicly criticised the cancelling of Oatly. Whilst noting that she was not encouraging people not to be critical, she suggested that cancelling them showed a lack of comprehensive debate and nuance, something which she helpfully provided. Firstly, Beverley explained the troubling way in which we often create a ceiling for sustainable brands: instead of encouraging them to make money we become overly concerned with them remaining faultless. Indeed ironically, the people ‘cancelling’ Oatly are likely to support other companies that have Blackstone as an investor, but because they are not claiming to be sustainable, we do not care when they are not. Therefore, she suggests that rather than heavily criticising a company whose aim is wholly pure, we should turn our attention to where else we are putting our money. Moreover, we should see the Blackstone investment as something positive: a big mainstream firm has invested in a sustainable brand meaning it can grow. We should be encouraging this so that it may become the norm, meaning it is wildly counterproductive to ‘cancel’ a brand that is both sustainable and making money. What is important, as Oatly itself responded, is that they are being enabled to ‘expand our sustainable mission and create more plant-based products.’ If we cancel them, we are both preventing one of the biggest sustainable brands from growing and discouraging big investors from choosing to put their money into sustainably.

Another example where I believe a situation lacked nuance, perhaps more controversially, is with the cancelling of Ellen DeGeneres. In short, she was accused of a toxic work environment; including claims of sexual misconduct and racism. Whilst these accusations are damning and I believe we should by no means ignore them, labelling her ‘cancelled’ disables any kind of debate or discussion that could be had as a result. The circumstances raise interesting questions about the relationship between people’s public and private image, whether the good she undeniably does outweighs the bad, as well as encouraging discussion of everyday racism in the workplace. Whist DeGeneres has said she will respond to the claims, once a ‘cancelling’ has taken place perhaps it is already too late. When we deny her a second chance, an opportunity to defend herself, and even an opportunity for her to learn, we disable nuance even further. People grow when they are able to change their opinion based on new knowledge. Cancel culture prevents this and instead of normalising people making mistakes and becoming educated as a result, it does the opposite.

This ‘culture’, which harvests a silencing of subtle debate, leads to significant other problems, alongside an arguable death of nuance. In some sense, when we can ‘cancel’ people so quickly, in such a transactional way, we are encouraged to view them as commodities. Additionally, cancel culture is seemingly only going to lead to further polarisation between people, encouraging an unhealthy public sphere. Often, a cancellation does not come with a full explanation or a carefully considered two-sided debate. Cancel culture, therefore, is likely to be both contributing to and a symptom of the increasing polarisation in Western societies at large. A 2017 Pew Research Centre study demonstrates this, concluding that in the US, there are dramatically increasing gaps between the political values – such as social security, race, and immigration – of Democrats and Republicans. For example, whilst nearly 71% of Democrats expressed that the government needs to do more for the poor, only 24% of Republicans agreed. When we perpetuate a culture that encourages a lack of nuance and debate we can only widen these gaps.

A culture based on this kind of transactional and unthoughtful behaviour is not one I want to be a part of. It is clear something needs to be done to save nuance and reintroduce healthy debate into our online behaviour. A better alternative to cancel culture, which I believe we should be promoting, is the so-called ‘call-out culture’ which is advocated by activists such as actress Jameela Jamil, who wants to encourage the chance for people to remedy their mistakes and grow. This, is the way we should hope to move forward. Humans are, after all, never going to stop making mistakes, and so we should not behave in a way that suggests a mistake signals someone no longer deserving our support or the chance to be heard. Calling out cancel culture himself, Barack Obama straightforwardly said, ‘the world is messy. There are ambiguities’ and because of this, and the undeniable nuance that is being missed when we cancel someone, we must put an end to cancel culture.