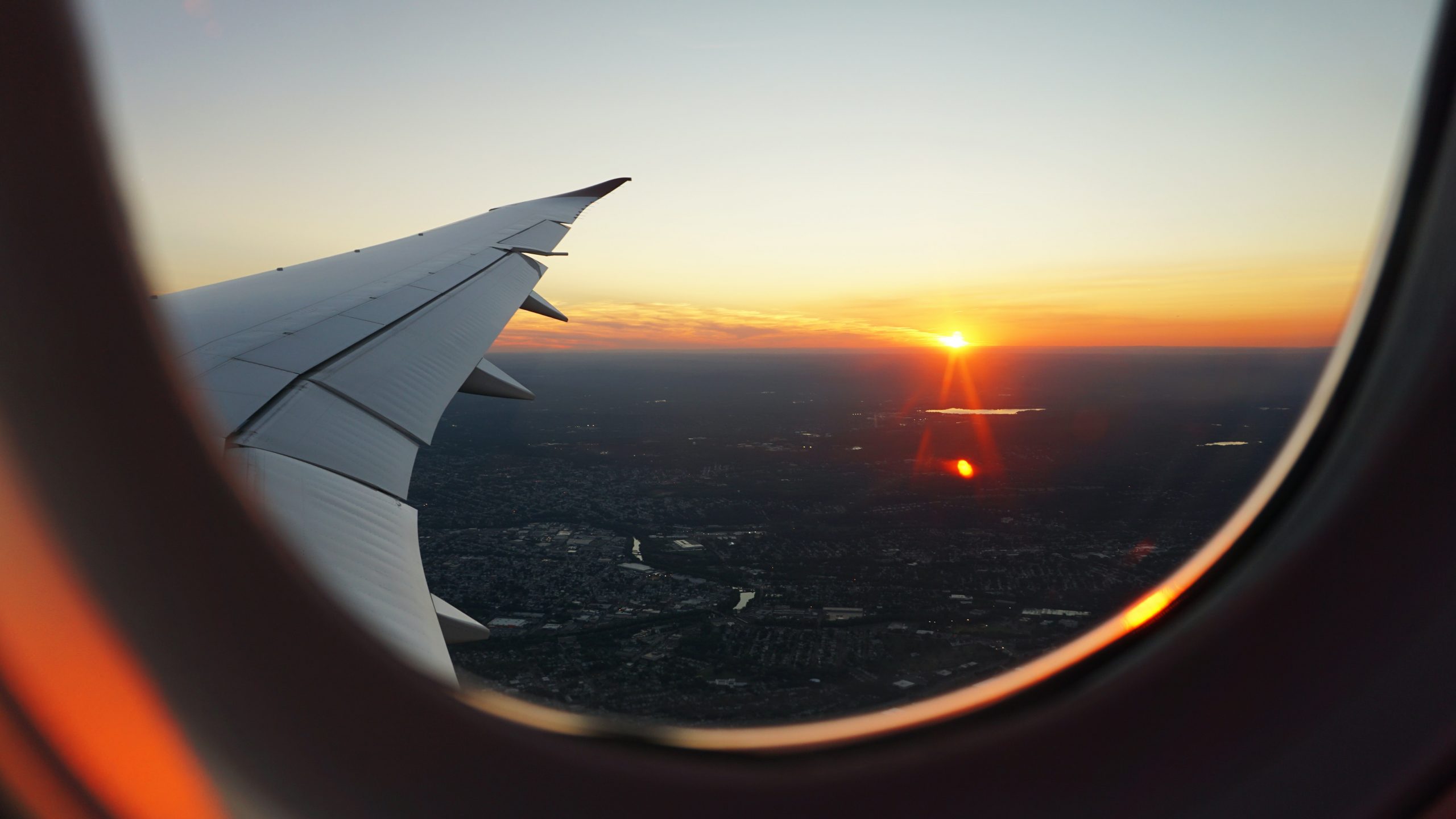 Is Carbon Offsetting Your Flight Worthwhile?

Written by Emily Faithful
Published at 14:30 on 25 February 2021
Images by Eva Darron

Carbon offsetting is the act of reducing greenhouse gas emissions to compensate for other times you’ve polluted the Earth.  In a way, it’s like cramming for an exam after doing no work for most of the year.  If for that year you were also actively pushing information out of your brain.

Arguably 2020 acted as a carbon offset in itself.  The COVID-19 pandemic disrupted transport, resulting in a reduction of global emissions by 10-30%. While this is a step in the right direction, scientists say these successes will have little impact on cooling the planet.  To counteract the decades of emissions in the atmosphere, they say we need to reduce emissions over a longer time period.  In essence, we’re still on track to fail that exam and the only teacher who cares is keeping us after class to tell us to step up our game.  We don’t want to let him down, but with many of us itching to jump on planes headed overseas as soon as it’s safe, it looks like old habits die hard.

Should we be guilty?  It’s true that per passenger, a flight can emit less carbon dioxide per kilometre per person than a car journey does, but that’s only if the car only contains one person.  There’s no need to worry about flying from London to Madrid if your only alternative is a terrifying campaign around mountainous hairpin bends in a Peel P50.  However, generally speaking, emissions per person per kilometre are over three times worse for plane travel than travelling in a car with three others.  Not to mention the additional side-effects from plane emissions being released at such high altitudes.  In fact, the total emissions per distance per person from planes are the highest of any mode of transport.

Plane travel is bad for the environment. But do we really need to stop travelling abroad and spend the rest of our lives in our own corner of the world?  For many, a permanent end to travel abroad would be a huge blow to happiness and morale.  Plus, on a less selfish note, the benefits of travel are aplenty, with some local areas depending on tourism to prosper.  For example, tourism in Costa Rica contributes 6.4% of the country’s GDP, 46% of its service exports and around 28% of its total employment (as of 2016) and, as a result, has been badly hit, economically, by the pandemic.  The Costa Rica Institute of Tourism declared this important sector in a total emergency and calamity state, expecting months of zero visitation.  Tourism is also a motivator for preserving animals and their environments.  Pandas attract so much attention that foreign zoos pay a million US dollars to the Chinese government annually in order to rent one, making pandas an expensive business.

It’s simple, for now at least.  Tourism good.  Planes bad.  Carbon offsetting seems like the only option, but does it actually work?  Greenpeace says no.  Offsetting projects, offered when you pay for your flights, will plant trees or install renewable energy technology in exchange for an additional fee.  Greenpeace writes, however, that they are essentially PR plans which do not tackle the problem of excessive fossil fuel use.  Furthermore, they highlight how planting trees is all well and good, but a newly-planted tree can take 20 years to actually offset the carbon emissions of the flight.  Now we’re studying for an exam we’ve already done.  How do we actually pass?  It seems like the only way to truly offset emissions from flights is to not even fly in the first place.

It’s hard to give up such a valuable personal freedom when there are other environmental issues to contend with.  Plus, surely carbon offsetting has to be better than nothing?  Trees are always better than no trees, in any case.  Carbon offsetting just cannot be a reason to fly more or to heal our “flygskam” (“flight shame”).  We still need to be careful and ask, do we really need to travel via plane?  Not all of us can get our hands on a zero-emissions yacht like Greta Thunberg.  So sometimes the answer is yes.  There is no way I can take a train from Birmingham to Cape Town without my life looking like Mr Bean’s Holiday.

Next, we need to ask whether we’re being excessive?  Flights are bad for the environment no matter who takes them, but arguably so is not being vegan.  It’s the same kind of decision.  Without denying the impact or pretending it’s not that bad, what do we feel comfortable doing?  One round trip a year?  Two?  One every two years?  How many days and nights out during study week can you afford?  Hopefully, they’ll be some of us who can’t, in good conscience, get on a plane until flights emit less.  And hopefully, with the rise of electric vehicles, the wait won’t be too long.

Finally, since you cannot actually offset emissions from flights, try and emit less.  Choose efficient flights and airlines.  Most emissions occur in landing and take-off, so try and fly direct.  To make the plane more densely packed, to ensure demand for planes is a minimum, always fly economy (in other words, sit down for a few hours, but nearer to a different end of the plane).  Overall, it’s important that we care about the impact flights have.  Ask the airline about their emissions and the technology (electric) they’re investing in.  If travelling isn’t going to go away – it’s a big ask – we have to acknowledge that the way we do it is a problem.  We need to start thinking less Planes, Trains and Automobiles and more trains, trains and trains.  And when you do fly, you might as well offset.  It’s better than nothing – better to turn up to exam than quit.

For more discussion on sustainable travel, check out:

Sustainable Series: Should we abandon Aviation for the Planet?