In light of her recent passing, film editor George Griffiths remembers Carrie Fisher, one of the defining stars of modern cinema 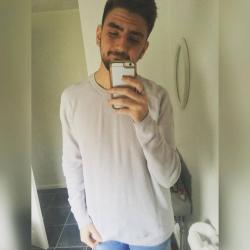 “Help me, Obi-Wan Kenobi, you’re my only hope.”

Say that line to anyone, anywhere, and the first picture that will pop up in their head is Carrie Fisher. Carrie Fisher, gorgeous and regal in flowing white robes and that hairdo. An instant motion picture icon, a princess from an age bygone in a galaxy far, far away.

It’s unfair to dilute Fisher’s legacy into one character, but Carrie Fisher will always be Princess Leia and Princess Leia will always be Carrie Fisher. Far from an ordinary damsel in distress, Fisher imbued Leia with a fiery soul and a take-no-prisoners attitude that still resonates today in truly one of the most iconic and widely recognised characters in film history.

But Carrie Fisher’s influence doesn’t stop there; a wildly successful writer, she adapted her own memoir, Postcards from the Edge, into an Oscar-nominated film starring Meryl Streep and Shirley MacLaine and was, for nearly two decades, one of the most highly sought-after ‘script doctors’ working on re-writing films such as Hook, Sister Act and the Star Wars prequels (although we won’t blame her for that one).

Fisher leaves us with a legacy envious to many; a starring role in the franchise that shaped the face of modern cinema (her last role, fittingly, will be her return as General Leia in Rian Johnson’s Star Wars VII) and as a multi-faceted human being, who was unafraid to confront and fight her demons in the public eye. A staunch advocate for mental health awareness, Carrie Fisher was infinitely more than that one part she played in those films but, luckily for us, they’ll ensure her legacy will go on to live forever.

Rest in peace Carrie Fisher; she drowned in moonlight, strangled by her own bra.