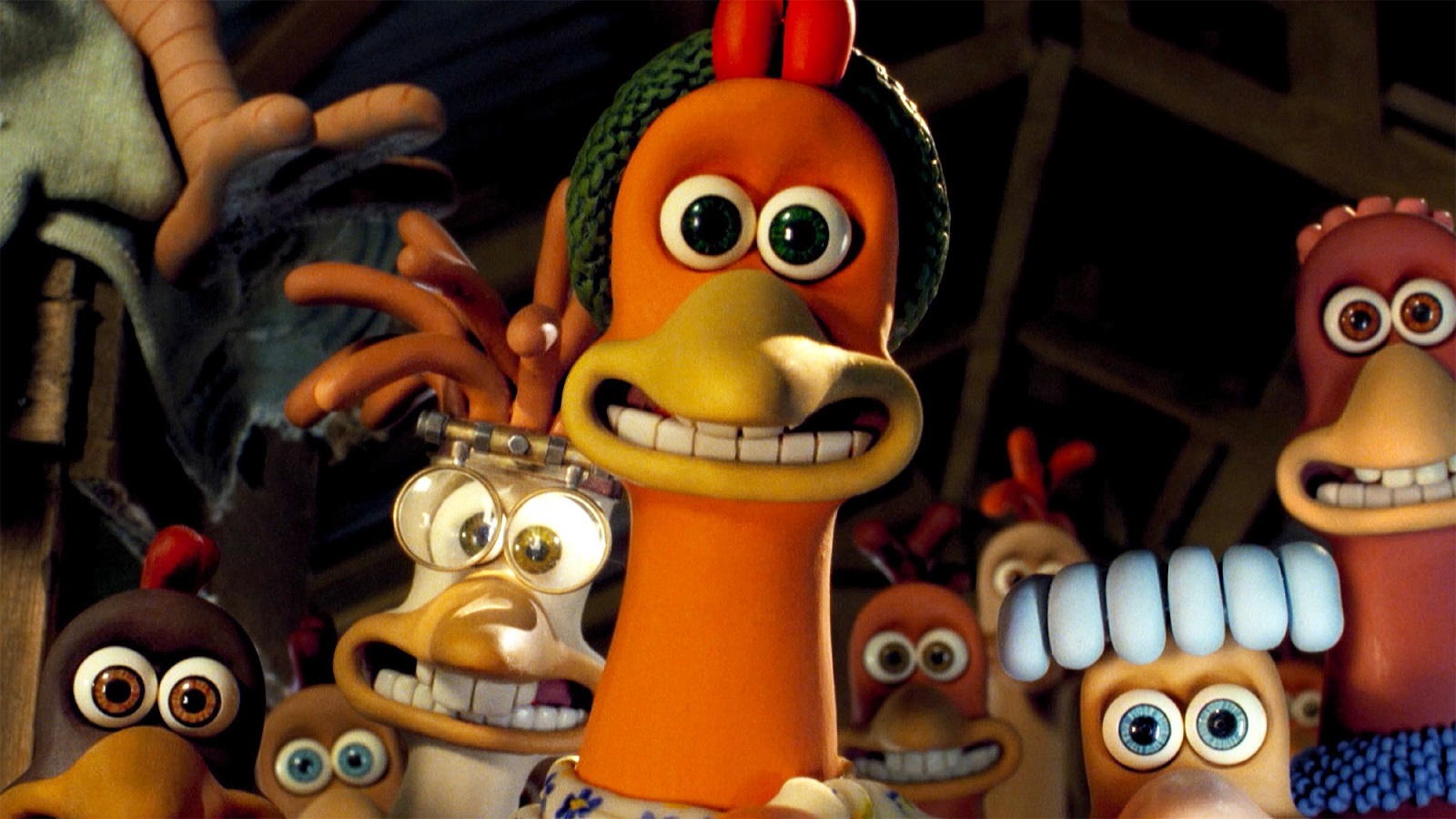 Film Editor Jade Matlock reflects on her poultry related trauma to discuss this really rather eggceptional film, 20 years after its initial release

The year is 2003. I had just rented Chicken Run from my local library and was thrilled to watch something that I had never seen before. Nothing could have prepared me for what I witnessed on that fateful day. I made a lifelong nemesis and geared myself up for what would come to be seventeen years of inexplicable Chicken Run related trauma. With everything on the line, I cracked under the weight of my curiosity and decided to see if it lived up to my childhood nightmares.

Chicken Run could not be further from how I remembered it. The bulging eyes of Ginger and the crew had once burned a hole through the back of my head but now, as an adult, I have a new found appreciation for the effort that went into their design. Stop motion is something that I have come to appreciate a lot more as I have grown up. Each hen is entirely distinguishable from one another, from Mac’s quirky style to Babs’ iconic haircut, I found great enjoyment in being able to pick them all out in every scene. These familiar faces provided a strange sense of comfort in contrast to the more unsettling design of the supporting cast — but I’ll get to that woman later.

Every hen and rooster has distinct personalities that aid the immersion into a world of sentient, revolutionary chickens in a way that I wasn’t entirely sure was possible. My former self would be baffled at just how much I enjoyed the characters in this film, with the chemistry between actors being better than a lot of the live action works I have seen in the last few years. Rocky (Mel Gibson) and Ginger (Julia Sawalha) as a pairing feels like the perfect culmination of their respective character arcs, and are more believable than a pair of claymation chickens should ever have the power of being.

There are plenty of moments in this film that make it so much more satisfying to watch as an adult. Pitched as a family oriented animation, one can’t help but feel as if this film is almost entirely oriented towards older family members rather than children. The dark humour of Chicken Run begins in the most perfect way possible – Edwina Currie. Straight to the point with her chicken namesake being sent to the chopping block for providing no eggs for sale, the film establishes its intention of mastering self aware comedic gems from the oft. Even Babs’ knitted noose at the story’s seemingly bleak turning point seems to be strategically aimed for its older audience. These moments are comedic now that I am able to fully understand them, but I couldn’t help but feel as if perhaps my dread of the film had been justified through this experience. Whilst the reasoning had shifted from an incomprehensible fear of the film’s characters, it was now its bleaker undertones that seemed to haunt my thoughts.

Of all the things that used to terrify me about Chicken Run, Mrs Tweedy was undeniably the worst. Unfortunately, while many of my childhood opinions have shifted perspective from this experience, this is one that stays very firmly rooted in its place. Nothing sort of pure evil, she is the perfect villain: nefarious, conniving and hungry for pie, nothing was going to stop her from snatching the top spot of the puff pastry poultry market. Her treatment of her husband, the rightfully paranoid and meek Mr Tweedy, is perhaps one of the most gut-wrenching parts of the story. He is treated like a henchmen throughout, nothing more than a necessary cross to bare in order for Mrs Tweedy to profit from his family’s generations of hard work.

In Mrs Tweedy, Aardman have successfully depicted the power of capitalist greed in a way that some live action films should envy wholeheartedly. As the Tweedy’s beef with the chickens lands them in hot gravy, an audience cannot help but feel as if a slice of justice pie has been served right under their noses. I hopefully await for the news that Mr Tweedy filed for divorce in Netflix’s confirmed sequel. Hopefully he manages to get himself some apple pie, too. It is probably the least that he deserves after dealing with the woman that remains my arch nemesis, seventeen years after her introduction into my life.

Childhood fear aside, watching Chicken Run as an adult has made me reevaluate who animated films are truly targeted to. There is no question that many of the jokes in this script would have gone entirely over my head upon watching this film for the first time. In fact, I am incredibly glad that I have waited this long in order to try watching it again. A masterclass in haunting comedy, I eagerly anticipate where Aardman decide to take Ginger and the gang’s story next… hopefully without Mrs Tweedy, though.

Redbrick’s Picks: The Best Comedy and Family Movies for Lockdown