Culture Editor Natalie Welch tells us about her culture favourites this week in our regular feature, Culture Corner 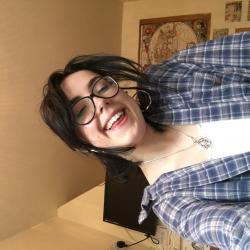 The Bell Jar by Sylvia Plath

The Bell Jar is a semi-autobiographical novel by Sylvia Plath. Although concealed by fictitious names and set in different places, The Bell Jar is the exploration of Plath’s own experiences with clinical depression and underlines the problems with the oppressive patriarchal society in 1950’s America. The novel is raw and confessional, completely open about how the character/Plath was feeling and what she was thinking when she becomes completely disillusioned with society, out of touch with reality and attempts suicide multiple times.

One of the most jarring parts of the novel, is when Esther (the protagonist) looks at herself for the first time after a suicide attempt. Her face is ‘purple’, she can barely tell if the reflection is a ‘man or a woman’, and yet her face ‘cracked into a grin’. The first time we see Esther feel herself, be aware of the moment, and is happy, is when she barely resembles anything human. It has remained one of the most heart breaking and touching moments that I have ever read.

For a long time, art was something I just really didn’t understand. I could appreciate it for how wonderful it looked, but my appreciation didn’t go much further than that. Despite being clueless with anything to do with art, when I visited Amsterdam last year the Van Gogh Museum seemed to be a must-do attraction. I expected to see a lot of interesting and beautiful paintings. I did see a lot of interesting and beautiful paintings. What I didn’t expect was the emotional impact that came along with these artworks.

The exhibit has two parts: the personal history of Van Gogh, and his paintings that illustrate that history. We learn about his family, his work and his mental illness; we are given a thorough understanding of the life of Van Gogh. After you have that understanding, the art works seem to mean so much more. You can see what they represent. You can see what might have inspired them, or how they might have been affected by his life. When I left the museum I not only felt moved by the story of Van Gogh, but I also left with a new appreciation for art. I got ‘the point’ of it a little bit more. If you find yourself in Amsterdam, I would fully recommend taking a couple hours to go and experience the Van Gogh Museum.

When I studied King Lear at a-level, my English teacher prefaced the lesson with the sentiment that we will either love Shakespeare, or we just won’t. He said that it takes a certain realisation to ever properly understand the appeal of Shakespeare, and until you have that realisation, you can see the importance of Shakespeare but you just won’t ‘get’ him. The 2017 production of King Lear at the Globe was my realisation. I left thinking

‘Oh, this is why Shakespeare’s a bit of a big deal’.

Obviously, after studying King Lear for a year, I thought I had a thorough understanding of the play. After watching this I realised there were so many nuances that I just didn’t pick up on. For example, how hilarious the play is for a tragedy or the utter heartbreak you feel when you see Lear hold Cordelia for the last time. These are elements that you could probably pick up on when reading Shakespeare, but something that you need to watch to properly get.

Whilst Shakespeare might not be for everyone, if you’re interested in theatre I would recommend seeing  a play at the Globe. It is a quirky and unique theatre experience that I think you have to do at least once.