Deal or No Deal?

Comment Writer Antonia Miles reflects on what we know about the Brexit deal at this point, and provides her thoughts on what this means for the future 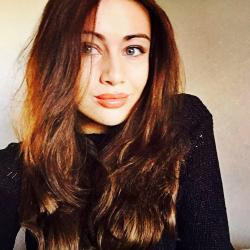 After two years of dragged out talks and delays, Theresa May has finally struck a Brexit deal with Brussels, signifying a landmark moment for British politics. But I wouldn’t bother sighing with relief just yet. To say that the deal is going to be a hard sell is the understatement of the century. At this stage, a bad deal is still better than a disastrous no deal. We all can agree on that, surely?

I’ve always thought that when it came down to it and the only choice for MPs was between May’s version of Brexit or a no deal, enough MPs could be wavered into backing the agreed Brexit deal. But I strongly felt that, if the disastrous Chequers Summit of summer this year is anything to go by, the Tory Brexiteers who have pushed against May at every Brexit hurdle so far would continue to do so, creating more problems for May at the most important final hurdle.

I was half right. To my surprise, May has successfully won over the senior ministers within her Cabinet in crunch cabinet talks, held on Wednesday 14th November. But the initial response by Tory Brexiteers to a leaked diplomatic note prior to the cabinet vote, which revealed that Brussels would ‘retain all the controls’ over British regulation under the deal struck, was that of rage. The Tory Brexiteers have always viewed Brexit as an opportunity to weed out the excessive regulations and rights for workers as stipulated by EU law and have obstinately refused to surrender to Brussels. But in a shock twist, the cabinet decided to stand behind their PM and back the 585-page draft withdrawal agreement, setting out a future relationship between the EU and the UK. True to form, the likes of Rees-Mogg certainly threw most of their toys out of their pram, enraged that both sides have agreed to put in place a ‘backstop’ safety net to ensure there is no return to a visible hard Northern Ireland border, the most contentious part of the withdrawal negotiations so far. It’s a deal which would realise their greatest fear about Brexit; that the whole of the UK would effectively be kept in the EU customs union. May’s powers of persuasion have certainly been put to the test, but they’ve passed round one.

As anticipated, Westminster has been in absolute turmoil since Theresa May secured the backing of her Cabinet. There have been several resignations, including that of the Brexit Secretary Dominic Raab over the ‘fatal flaws’ of the draft agreement. A key Brexiteer and unofficial leader of the Torys’ rebellion, Jacob Rees-Mogg, has already submitted his letter of no-confidence in May. The rumour mill still continues to swirl, with speculation of further resignations to come. It’s exhausting to keep up with.

The second showdown in the bumpy road to Brexit, and the most problematic by far is whether May will be able to convince the House of Commons to approve the deal. In what promises to be a very tight vote in a couple of weeks’ time, it’s difficult to see whether she will be quite as successful this time round, as the opposition against her mounts, including that from members of her own party who question her legitimacy and honesty.

But Theresa May promises that she will see this deal through, confident that it delivers what the people voted for and that it’s the right deal for our national interests. The British people just want politicians to get on with it; it’s this or no deal, she insists. While she has acknowledged that the agreement has entailed difficult and uncomfortable decisions at times, she has outright dismissed speculation that her days as prime minister are numbered over her Brexit agreement. But her vow of commitment to her position, and to her responsibilities as PM, does not make the very real host of problems disappear.

We can’t and don’t know if Brexit can happen as planned come March of next year. But if the House of Commons fail to back May’s deal, one thing is for certain; the no-deal outcome will no longer be a distant possibility. Slamming the brakes on Brexit altogether will run the very real risk of deep and grave uncertainty for our future.