Whilst retail therapy may be a favoured pastime for many, indulging in the fast fashion phenomenon comes at a price far beyond the bank statement 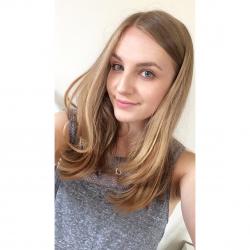 A couple of months ago, lifestyle blogger and social media influencer Niomi Smart uploaded a picture of herself on Instagram in a Karen Millen dress that she admits to having worn multiple times, both on and off social media. Whilst many would not bat an eyelid at this, in the eyes of avid Instagrammers and the fashion industry the act of rewearing clothes has become something of a fashion faux-pas.

Indeed, our appearance seems to be critical in upholding and establishing our image nowadays and appearing to have a vast, varied, and often high-end wardrobe on social media is just one part of maintaining this identity. And with this, a new phenomenon has been born where shoppers are buying new clothes simply to post a photo on Instagram, before returning these purchases to the store. This is all in an effort to appear trendy on social media and maintain a look that is often both financially unattainable and unrealistic. But nevertheless, our generation are still going to great lengths to achieve this, therefore giving clothing a shorter and shorter lifespan.

Nowadays, trends go out of fashion as quickly as they come in, leaving much of your wardrobe ‘obsolete’ within a season or two, at least by the fashion industry’s standards. Consequently, in an attempt to be ‘on-trend,’ many of us disregard and dispose of our outdated pieces (despite their complete functionality and almost perfect condition) and buy into the latest hot new thing.

The fashion industry unsurprisingly promotes consumerism and encourages unnecessary mass consumption for their financial gain. Whilst the novelty factor of a new outfit provides short term satisfaction for buyers, this ‘fast fashion’ mentality and quick turnaround in clothing has an alarming and obvious effect on the environment. Therefore, not only are we to blame for our spending habits, but the clothing brands we buy into are indisputably at fault, and arguably even more so for encouraging these habits.

It is hardly breaking news that fashion brands generate an unimaginable quantity of unnecessary textile waste, as disregarded, unsold, and excess clothing and fabric ends up in landfill. But many may be ignorant to the reality and sheer scale of it. According to the Victoria & Albert Museum’s ‘Fashioned from Nature’ exhibition, around 300,000 tonnes of clothing are discarded to landfill in the UK each year. Not only is this unthinkable from an environmental perspective, but it is also unnecessary and largely preventable. With this in mind, it is perhaps unsurprising that the fashion industry was calculated in 2015 to be the second largest polluting enterprise on the planet. While more recent efforts and initiatives have reduced this statistic, fashion remains in the top 10 contributors to pollution worldwide.

However, the landfill crisis is just one issue amongst many. For as long as the concept of fashion has been around, the production of clothing has impacted the environment in more ways than one. Raw materials have consistently been exploited to create coloured dyes, and to manufacture fibres and fabrics like cotton. Coal and oil have been heavily relied upon in textile production since the Industrial Revolution, with obvious consequences in terms of polluting the environment and depleting our non-renewable resources. Whalebone has been hunted to create heavily structured garments such as corsets, whilst other animals have similarly been sought after for their ‘attractive’ skins, furs and feathers to create aesthetically pleasing luxury pieces. This is not to mention the cheap overseas retailers used by many high street brands to mass produce their products and ensure accessibility and affordability, resulting in excessive carbon footprints as well as well-publicised human rights issues.

As recently as August, it was revealed that Burberry has burned more than £90 million worth of clothing, accessories and perfumes over the past five years to maintain a sense of ‘brand exclusivity.’ Since this revelation, Burberry’s chief executive officer Marco Gobbetti has committed to ending the destruction of unsold products. The fact that these revelations were published by the company themselves (in their annual report for 2018) show, however, the scale to which Burberry were unaware of the damage such a policy causes.

But a light at the end of the tunnel: some high-end and high street brands are becoming more environmentally conscious as they begin to recognise the demand and necessity for change. Numerous brands like Patagonia, Calvin Klein and H&M have also begun using recycled materials in some of their clothing production.

Victoria’s Secret have also set up a scheme where you can receive the equivalent of $10 off your next bra when you bring in any old one to recycle. Although this does somewhat encourage customers to get rid of their old lingerie and invest in new products, this recycling initiative does help prevent bras being unnecessarily thrown away and ending up in landfill (which would have been the inevitable outcome otherwise). It is an initiative which benefits the customer, the company and the environment.

Beyond recycling, other brands are introducin alternative eco-friendly initiatives. In 2012, Nike released their ‘Flyknit Racer’ trainers, which utilised impressive computer technology in the production process to ensure that every component of the shoe is cut exactly to size, thus reducing textile waste by over 50%. The excess waste problem has been tackled by clothing brand Unmade by adopting the concept of ‘made to order.’ Unmade creates individual clothing items on demand according to your size, rather than mass-producing garments. Finally, Stella McCartney has been influential in initiating conversation about the subject – her winter range photo shoot for 2017 was located on a rubbish site, which arguably makes a disapproving statement on fast fashion and addresses the landfill crisis. McCartney is also known for incorporating eco-friendly materials in her clothing production. With time, we can hope these efforts will become normalised, and standardised widespread practices in fashion to come.

Celebrities also have the potential to be successful driving forces in promoting recycled and eco-friendly garments to the wider population, thanks to their large following and influence. One such notable advocate includes Emma Watson, who made a statement by wearing a Calvin Klein number to the 2016 Met Gala, which was made from recycled plastic bottles (it is now on display at the V&A in their aforementioned exhibition).

This recycling process in considerably less damaging in comparison to the environmental impact of creating brand-new polyester, for example. And with the like of the Green Carpet movement, which sees notable individuals wearing eco-friendly fashion, a growing number of celebrities are on board, including Jessica Alba, Olivia Wilde, Gwyneth Paltrow and Michelle Obama, amongst others. So, although Emma Watson’s outfit choice was just one small step forward in promoting a sustainable fashion industry, an increasing number of high profile advocates are bringing publicity to these up-and-coming developments in fashion.

Whilst notable brands and individuals are making significant progress, there is more to be done. There needs to be more transparency in the fashion industry so that consumers understand every step of the process. This will ultimately help them make informed and sustainable choices, and will result in loyal, trusting customers. Most importantly, brands need to address the often flawed systems and processes in the fashion industry and adapt to accommodate changing times. Brands must be open-minded and eco-friendly, ethical, sustainable, and Fairtrade alternatives to set a precedent for fashion to come.

With time, hopefully more brands will also recognise the importance of the Oeko-Tex certification, which ensures textile products to be produced in socially and environmentally-sound conditions and free from harmful substances. And perhaps, as consumers, we should look beyond the high street and towards eco-friendly, independent alternatives. There are countless up-and-coming brands which are taking initiative, and often have the sole objective of lessening fashion’s environmental impact – we just have to look for them. Ultimately our buying power is a powerful thing, with potential to make a big impact.

Although sustainability may come with a price tag for brands and consumers alike, it is the obvious step in becoming environmentally responsible, and it is a price far smaller than the consequences of the alternative. In fact, modern luxury now goes hand-in-hand with being environmentally conscientious and has become a fashion statement in its own right. Forget ‘out with the old and in with the new’ and adopt the wise words of Vivienne Westwood – ‘buy less, choose well, make it last’ – as your mantra. So reuse, repurpose and upcycle. Patch up and adjust, and this trend will certainly not go out of fashion any time soon.

If you are interested in the issue of fashion and the environment, the V&A’s exhibition ‘Fashioned from Nature’ continues to be on display until January 27th.