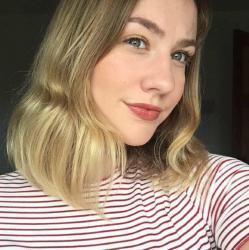 Mills & Boon: a publishing company that has, in spite of its undeniable success and wide readership, remained a name that provokes a raise of an eyebrow with a largely negative web of literary criticism surrounding it. This unbalanced tension between the audience of Mills & Boon and the stigma of its ‘low-brow’ literary nature has led to a long line of media enquiries into its popularity, evoking the question: what is it that makes Mills & Boon so successful?

Answers have turned to its appeal as escapism, whilst others value the publisher as one that provides security, with the general branding appeal of ‘if you like one, you’ll like ‘em all’ approach. Whatever it is that entices their audience, Mills & Boon frequently chart best-seller lists, priding themselves on a variety of romances from Regencies to their new ‘Dare’ range, which takes inspiration from the recent Fifty Shades phenomena. As Linda Fildew, senior editor, and Janice Preston, regency writer, came to the University of Birmingham last week for a Q&A session, it struck me how much we need to remove the stigma surrounding Mills & Boon and the romance genre more widely. Romance is written for females, by females, and yet, criticism consistently turns to the supposedly ‘anti-feminist’ aspects of the books which disregards their invaluable escapist sentiment. Worst still, people turn to the books and brand them as nothing but flippant tales. It seems we should instead be appreciating what it is that makes these books, even if (arguably) not critically acclaimable, so well-loved for their longstanding audiences.

Whatever the subgenre of Mills & Boon, you can rely on one common denominator: there will always be a happy ending. For Linda and Janice, this is at the core of what keeps them interested in the romance genre. Whilst agreeing that this happy ending was, in itself, a predictable outcome of a Mills & Boon title, they suggest the beauty of the category romance is how the writer will manipulate the plot to get the audience there, even when it seems like the characters have passed the point of no return. For Linda, emotional intensity, structure and pace are all on her checklist for what makes a good romance, whilst they both agreed that the general appeal of romance is being able to achieve the highs of a good relationship without the real-life risks.

Perhaps less predictable, given the feminist literary criticism surrounding Mills & Boon, is that one of Janice’s favourite aspects of writing within the regency subgenre is working with the vulnerabilities of the female in the regency era, ultimately proving the strength of the heroine which always prevails. My favourite comment from Linda and Janice though was one that left me thinking: ‘easy reading is hard writing’. Whilst Janice detailed how, as a writer, she encounters the stigma surrounding Mills & Boon, frequently being asked ‘when are you going to write a real book?’, the pair were confident that the company’s rebranding will do wonders for their contemporary reception. They hope the new ‘Dare’ range will entice a new, potentially younger audience, to challenge the perception that Mills & Boon are aimed towards an older market.

Having never paid much attention to Mills & Boon in the past, falling into the trap of disregarding it as low brow literature myself, I have to say that I found the Q&A illuminating; it made me reconsider what it is that makes a good piece of literature, and the passion which radiated from Janice and Linda about the romance genre was inspiring. Ultimately, I thought: why should we be holding up these category romances as works which deserve intense literary criticism? Understandably, interest turns to what makes the works so successful, but isn’t it about time we stopped judging Mills & Boon – intended for frequent, fast and easy reading – against vintage classics for example? It seems so. And it further begs the consideration that category Sci-Fi on the other hand doesn’t attract an equal amount of debate surrounding its ‘escapist’ nature, so one can’t help but consider the gender bias here. Whatever your opinion on Mills & Boon is, their success is overwhelming, and, if you ‘dare’ to give a Mills & Boon a chance, you can find their new releases here.