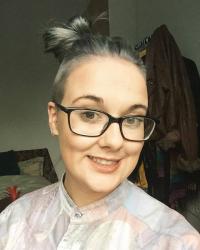 Part of the beauty of Spotify is the ability to share and create playlists—we do it all the time! And with streaming now popular more than ever, here are eleven awesome playlists for you to listen to.

Full of chilled future funk, nu-disco, and classic soul jazz – this is a feel-good playlist for those times hanging out with your friends after a long day at lectures. Featuring Tom Misch, LION BABE, and BadBadNotGood.

Need to focus and buckle down? This playlist has some hypnotic beats ready for you to zone out to. Featuring Tycho, Jai Wolf and Daydreamer.

Lost your job? Fallen out of love? Stressed out? Rid yourself of frustration and let your hair down to the gut wrenching bliss of Blues music. Featuring ZZ Top, Stevie Ray Vaughan and Eric Clapton.

Because I am still crying over how good Stranger Things II was – this playlist has all of the songs featured on the show. Expect classics such as Joy Division, Jefferson Airplane, and The Clash.

For 1 player or 2 players, this is the perfect playlist if you’re obsessed with movie and game soundtracks! Features Pokemon, Thor and TMNT.

Over 3 hours of lo-fi, surfer rock, and indie music ready for you to slack off to. Featuring Tape Waves, Mac Demarco, and Miles Bandit.

Angry at the world? Or need a playlist before Download 2018? This playlist has over 4000 tracks of old school metal. Featuring Venom, Pantera, Queensryche, and Black Sabbath.

Whether you’ve got a big game, a big interview, or a big date, these songs are the musical equivalent of a pump-up speech.

The music typically features a fascination with 1980s and 1990s styles of mood music such as smooth jazz, elevator music, R&B, and lounge music – and to be honest, it actually sounds pretty good. Keep an open mind. Featuring luxury elite, ESPRIT, and Infinity Frequencies.

While Obama is no longer the POTUS (RIP) – his taste in music will live on. Featuring Mary J Blige, Van Morrison, and John Coltrane.