Encouraging Women to Work in STEM

Women going into STEM subjects has become more and more of a focus in today’s society, and many researchers are looking into why so little women choose to pursue science careers. Kara Watson investigates 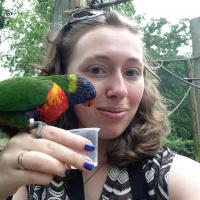 Stereotypes at a young age

One recent study looked at whether the perceptions some women hold about science subjects start at a young age. They found that young girls are less likely to think of their gender as being ‘brilliant’ than boys. They are also more likely to stay away from activities that are described to them as being for ‘really smart’ people.

In some earlier work, it was found that adult women are less likely to receive higher education degrees in areas that were perceived as ‘brilliant’. Therefore, researchers from the University of Illinois, New York University, and Princeton University, investigated whether this perception began from a young age. The study involved children aged from 5 to 7 years old. There were three parts to the research; the first was to tell the kids a short story about a person who was ‘really smart’, without referencing their gender. The 6 and 7-year-old girls were significantly less likely to decide the person in the story was their own gender than boys were. However, with children aged 5, boys and girls would almost always choose their own gender. This suggests that age 6 is a critical age for when these stereotypes form.

The second part involved giving the children a questionnaire. The participants had to guess which of the four children in the question, the options were two girls and two boys, get the best grades in school. The results showed that there was no significant difference between the ages of children and who they guessed got the best grades. This means that they separate the concepts of ‘brilliance’ and school achievement, even at that critical age.

The final section presented the children with two new games. The first was described as a game for ‘really smart people’, and the other was for people who ‘try really hard’. At age 5, there was no difference between boys and girls with the game they chose to play. However, at ages 6 to 7, the girls would tend to avoid playing the ‘smart’ game more than the boys. They saw themselves as more suitable to play the game for people who ‘try really hard’.

“Even though the stereotype equating brilliance with men doesn’t match reality, it might nonetheless take a toll on girls’ aspirations and on their eventual career” said senior author Professor Cimpian.

Opinions are not fixed

A different study looked at whether these perceptions stay static for our whole lives, or if they can be changed at an older age. It was found that if parents talked to their children at high school age about the relevance of science and maths, then their children would receive better grades in STEM subjects, and their career interest in those areas would increase.

The research was led by Dr. Rozek at the University of Chicago. 181 families were involved in the study, and they were recruited in 1990-1991 when the mothers were first pregnant. When their children reached high school, the parents were provided with materials designed by the scientists to help them engage their children with science and maths, and how to discuss the relevance of STEM subjects.

The children who received this intervention had improved grades in these areas, and were more likely to take more STEM courses at school. This in turn affected how many STEM classes in college they took, the careers they pursued, and their overall perception of science.

A separate study looked at the perceptions of parents about their children’s mathematical abilities. It found that mothers tended to hold their son’s maths abilities in higher regard than their daughters. This could either be due to an inherent gender bias, or it could reflect the self-conception their children have of themselves. In either case, this study again highlights the great impact parents can have on their children’s opinions and futures in science.

These studies show that the assumptions that women perceive about men being more suited to science careers do start at a young age, but they don’t stay the same all their lives if parents talk to them more about the relevance science has in the world, which is definitely something parents should be looking to do.