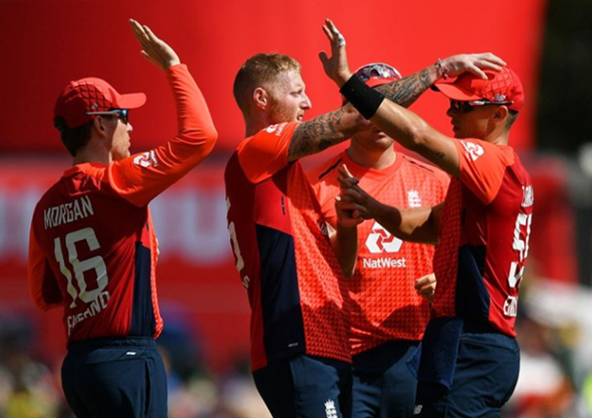 Sport writer Owain Pryce reviews England’s T20 series in South Africa, as Eoin Morgan and his side continue their preparation ahead of the World Cup

Written by OwainPryce
Published at 07:00 on 25 March 2020
Images by Instagram/englandcricket

England have finished a successful tour of South Africa with a 2-1 win in an exhilarating Twenty20 series. With a World Cup in October this year, they will be aiming to add to the 50-over world cup trophy they won last summer and become the first men’s side to hold both trophies simultaneously.

With a star-studded line-up, England won the toss and bowled in the first match in East London and, after a poor start, they restricted South Africa to 177, spearheaded by their experienced spin duo of Moeen Ali and Adil Rashid, as well as some impressive death bowling from Chris Jordan. Chasing a target many believed was too small for a batting line-up consisting of some the world’s most destructive players, England faltered in the final over of the chase, despite only needing seven runs to win, eventually falling one short. This was sloppy, after impressive fifties from opener Jason Roy and captain Eoin Morgan who, ever the optimist, felt his team could learn a lot from the result.

It seemed that they did, as two days later they were involved in yet another close affair in Durban. Batting first, England started well with Roy once again, this time joined by Jonny Bairstow, as they put on 52 runs for the second-wicket partnership, before the innings deteriorated. England scored 79 runs off the final five overs to salvage the innings and set South Africa an impressive target of 205, helped by the swashbuckling Ali, who smashed 39 runs of just 11 balls. The South Africans picked up where England left off, as the ball continued to fly through the Durban sky, with captain Quinton de Kock getting his side off to a blistering start with 65 runs from just 22 balls, recording South Africa’s fastest T20 international half-century in the process. This second match once again went down to the wire, as Tom Curran managed to stop the opposition scoring three from the final two balls, giving England a victory that to set up a decider in Centurion.

This final match saw South Africa bat first, with openers Temba Bavuma and de Kock again getting off to a flyer. Heinrich Klaasen top-scored with 66 in his first game of the series, with his superb innings allowing South Africa to post a mammoth total of 222. England’s reply was breathtaking, with Jos Buttler, opening the innings, making quickfire 50, before Bairstow did the same. Morgan got England over the line, hitting sixes for fun, as his team reached the target with five balls to spare.

Despite the series win, England still have questions to answer in the coming months. These include Buttler’s best position, who drops out of the side when Jofra Archer returns, and whether test captain Root even makes the squad. Nevertheless, no T20 series consisting of three or more games has seen a higher runs rate than this series so if this is anything to go by, England and their fans have an extremely exciting World Cup to look forward to.