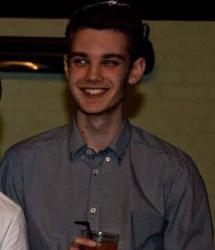 From the very opening sounds of distant trains passing, Illmatic pulls you into its world immediately – a world as rooted in gang violence and poverty as it was in introspection and nostalgia.

Very few hip hop records completely transcend the entire genre. However, Illmatic managed that and more, standing today as a fully realised concept album, a catchy and beloved party album and a personal and serious statement all at once. Its release triggered a shockwave across the hip hop scene, being immediately proclaimed as not only one of the best rap records, but one of the best albums in all of modern music.

Regardless of contextual history, however, Illmatic remains an album that is most importantly an entertaining listen from start to finish, featuring catchy and quotable choruses alongside conscious and lyrically dense verses. Like Mobb Deep’s 1995 album The Infamous, it was the darker side of 1990s hip hop culture that was emphasised in Illmatic, providing a rejection of the braggadocious or party-based gangster rap that had been developing since the release of Dr Dre’s The Chronic in 1992.

On ‘N.Y. State of Mind’, Nas details the gritty life of a street thug with extreme precision, paying particular attention to the shootouts, crackheads, drug dealing and gangs that he paints as a normality. However, unlike his East Coast contemporaries often did, Nas never once seems to glorify this lifestyle. Though he references the crime and gang violence in New York frequently, the track is tinged with a very real melancholy – ‘I never sleep / ‘cause sleep is the cousin of death’. Taking inspiration largely from rappers like Rakim or Big Daddy Kane, Nas employs heavy use of internal, multisyllabic rhymes across this song and the rest of the album, often stringing out dizzying verses where every single line is as memorable and hard-hitting as the last.

‘Life’s a Bitch’ features A.Z., who delivers the only guest verse on the whole album and one of the most endlessly quoted hip hop lyrics of all time: ‘Life’s a bitch and then you die / that’s why we get high / ‘cause you never know when you’re gonna go’. This line becomes the mantra of the album as a whole, with Nas reiterating the sentiment in the next verse – ‘I switched my motto / instead of saying fuck tomorrow / that buck that bought a bottle could’ve struck the lotto’. Here Nas again displays his maturity, detailing how he has changed as a person and is looking forward in life whilst also addressing the futility of pessimism and ‘giving up’. His lyrics about growing up and perseverance on this song remain strangely affecting, made all the more so by his father’s (Olu Dara) trumpet solo that fades out the track.

The nostalgic nature of Illmatic is further felt in the tracks ‘Memory Lane’ and ‘Halftime’, the latter which details the progression of Nas’ personality and talent from a child ‘too scared to grab the mics in the parks’ to an adult – ‘Of rap I’m a professional and that’s no question, yo’. The frequent references to childhood ground the album in a very real setting, never getting carried away in symbolism or pretension.

The personal themes of Illmatic are then further presented in the posse track ‘Represent’, a hyped-up group track that pays homage to Nas’ friends and family in its communally delivered chorus – ‘Represent, represent!’. Despite the catchiness of this track, Nas grounds it in the continuing themes of threat and danger: ‘Any day could be your last…’. To further pay tribute, ‘One Love’ takes the form of Nas writing to an incarcerated friend, detailing the changes in his surroundings with very real melancholy – ‘Congratulations, I heard you got a son / I heard he looks just like you’.

In addition to Nas’ conscious and perfect lyrics, the production credits on this album are just fantastic, with the beats from DJ Premier, Q-Tip, Pete Rock and Large Professor standing as some of the best in hip hop history. From the sparse, melodic piano lead in ‘One Love’ to the bass-heavy and jazzy Michael Jackson samples in ‘It Ain’t Hard to Tell’, Illmatic’s production is consistently memorable and catchy, remaining so even after many listens.

Today, Illmatic remains both endlessly quotable and endlessly influential. Even the now-legendary Notorious B.I.G. would mimic the album on the cover of his seminal 1994 record Ready to Die, as would Lil Wayne for several of his Carter albums. Jay-Z would do something similar, plucking the refrain from ‘The World is Yours’ and placing it into his hit song ‘Dead Presidents’. These examples alone should speak for the long-enduring influence and essential nature of Illmatic in the hip hop community.

Nas’ success can be attributed to his versatility as a rapper, managing to blend the smooth, assured delivery of Rakim with the socially conscious and introspective lyricism of Public Enemy or A Tribe Called Quest. In a way, Illmatic was also more universal in its lyrical themes than most other hip hop records, foregoing braggadocious lyrics for what was essentially a coming-of-age tale. Just as The Who’s Quadrophenia did for the 1970s, Illmatic depicts the growing maturity of a teenager of its time, going from wide-eyed innocence to cynicism and disaffection. This theme is represented even on the classic album cover, which depicts a seven-year-old Nas superimposed over the streets of New York.

Illmatic was also just as much an album that paid tribute and close attention to the normality of Nas’ everyday life and city. The descriptions of gang violence or poverty in this album are never embellished, yet they are never shied away from either; they are merely depicted as a reality. Nas saw this theme as integral to the recording of the album.

‘It was about bringing you inside my apartment. It wasn’t about being a rap star; it was about anything other than. I want you to know who I am: what the streets taste like, feel like, smell like. What the cops talk like, walk like, think like. What crackheads do — I wanted you to smell it, feel it. It was important to me that I told the story that way because I thought that it wouldn’t be told if I didn’t tell it.’

Over twenty years later, the story Nas tells on Illmatic remains as powerful and wholly essential as it was when it debuted.