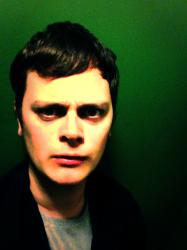 One thing I love most about my parents is that they have great, and very varied, music tastes. I thought in this article I’d have a look at one of my dad’s favourite bands, a band which he’s been listening to since he was a teenager – Pink Floyd. That being said, the album I’m looking at was one that took me a while to get into. At the age of ten or so, I didn’t really get what Pink Floyd was about, particularly the album in this article. Now, as a massive fan of Pink Floyd, this album has become one of my essentials. Redbrick already has articles about Pink Floyd’s first two internationally successful albums, The Dark Side Of The Moon and Wish You Were Here, so I thought it would make sense to write about the album that followed suit – Animals.

In the years between Wish You Were Here and the 1977 release of Animals, there were several elements of British society at the time that fed into the development of Animals. On the smaller scale, progressive rock was in competition with punk rock for popular musical relevance and how able they were to defy the political landscape at the time. This brings us onto the larger problem at the time – the social-political instability of the time. Workers’ strikes were commonplace due to major disagreements between trade unions and the government, and the country was half-strangled by Conservative policy under Heath and, later, Thatcher (I acknowledge that this isn’t the place for extended politics, so I’ll stop here). Roger Waters, bassist and lyricist of Pink Floyd, had a fitting concept in mind to capture the feeling of the time (zeitgeist if you will), which was to write a collection of songs with a similar allegory to that of George Orwell’s Animal Farm.

Animals has both a wider political context and a more inward personal context. The majority of the album is taken up by three songs describing three anthropomorphised animals representing three different classes of society, in a very similar fashion to those depicted in Animal Farm. ‘Dogs’, representing the militant middlemen of society, ‘Pigs (Three Different Ones)’, representing the merciless ruling elite, and ‘Sheep’, representing the masses of blind conformists (I acknowledge that these are very broad and scathing depictions of a class system, so I’ll stop the politics here). Like many Pink Floyd compositions, each song is greater than 10 minutes, with ‘Dogs’ being the longest at 17 minutes and 3 seconds – this is not the longest single Pink Floyd composition ever, as that award goes to ‘Shine On You Crazy Diamond’. The album is also bookended with ‘Pigs on the Wing’ parts 1 and 2, which detail the relationship between Waters and his wife at the time, as well as adding an element of calmer hope to contrast with the much angrier political songs.

Although Animals might not be as well-known as the two previous Pink Floyd albums, I think it has some of Pink Floyd’s best work on it. Roger Waters’ lyrics are just as complex and referentially dense as in previous 70s Pink Floyd works (although I will say that if you took the music away, the lyrics at times appear to be completely indecipherable). Waters wrote most of the music, apart from co-writing ‘Dogs’ with David Gilmour, but the rest of the band have outdone themselves with their contributions to the music. Gilmour’s guitar work is phenomenal in ‘Dogs’ (I’ll never get bored with the striking sound of David Gilmour hitting the high C at the beginning of his solos), and Richard Wright once again captivated Floyd fans with more spacey keyboard work in ‘Sheep’. Nick Mason contributed both the classic Pink Floyd drum sound on the album as well as the overall studio production (i.e. the mixing and editing of the tracks). The main thing that attracts me to Pink Floyd’s music is the incorporation of several motifs (a jazz tradition which progressive rock was partly founded on), and the music on Animals is of no exception. However, I think there is a new element in Animals which makes it different from the band’s previous work. This album is significantly creepier than previous works – the use of the talk box to mimic oinking pigs and to deliver biblical lines, the use of animal sounds throughout the album, the foreboding lyrics, including a topical reference in ‘Pigs (Three Different Ones)’ to Mary Whitehouse (this person is not someone I will elaborate on in this article and I’ll stop being political here) and the continuing allusion throughout the album to being ‘dragged down by the stone’ makes this so. On top of this, the acoustic and rather loving nature of both parts of ‘Pigs on the Wing’ is itself contrasted with the weird metaphor of pigs on the wing.

As much as this album satisfies my craving for Floyd’s witchcraft, there are some things that taint the album. This album marks the beginning of a Roger Waters-dominated Pink Floyd, in a way which was different, and more stubborn, than him just being the lead lyricist after Syd Barrett’s departure. The only additional co-writing credit is with Gilmour, who effectively delivered the main sound of the song ‘Dogs’. Despite Rick Wright’s contribution on keyboard and harmonising with Gilmour, he was to get no written credit on the final released album. This album appears to belong to Waters more than the band as a whole, in both the credits and in the concepts within the songs. The Dark Side Of The Moon features ideas and compositions from the whole band and Wish You Were Here represents the rut that the whole band fell into after the success of the previous album, but Animals seems a lot more ‘one-sided’ (for want of a better term). Arguments were frequent within the band at this time and the new era of a Waters-dominated Floyd would eventually lead to legal disputes and Wright’s departure from the band in 1981. Pink Floyd is a band of many stages, with new musical nuances at every point. Animals represents the start of one of these eras.

Despite my comments on the context, Animals is a must-have album for any fan of Pink Floyd or the wider genre of progressive rock. Even within the legal disputes that came in the years after the album, the members of Pink Floyd still managed to demonstrate some of their signature approach to their art. The cover of the album, designed by regular album collaborator Storm Thorgerson, features an inflatable pig flying over Battersea Power Station. A replica of the inflatable pig was taken on subsequent tours of the music on the album. Roger Waters tried to claim ownership of the pig, as it was apparently his idea. So the other members decided to let him have the original pig, but they in turn would have their own giant inflatable to take on tour with one significant difference – the new inflatable pig had massive genitals added to it.