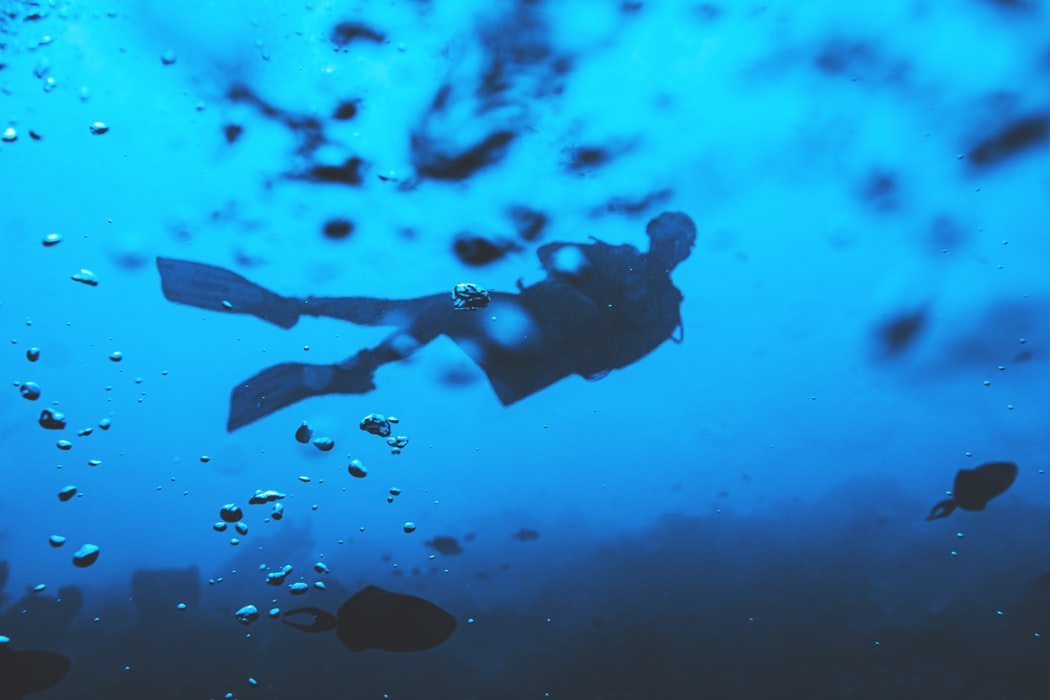 Travel Writer Ameek Gilhotra describes her experience of scuba diving, which failed to match her expectations

Scuba-diving is one of the most sought-after adventure activities. Not without reason, for the exotic marine life is adored, if not feared. My scuba-diving experience was essentially just taking a somersault in the water, in a more literal sense than I would have preferred. One of the most common ways to get into the water (which, as I’m sure you can appreciate, is no easy feat with all the heavy equipment) is to be pushed backwards into it. You sink pretty easily after that, but for a few seconds you feel like you are drowning. But, hopefully, your instructor will not be devoured by a shark, and will be there to help you. Hopefully.

For some people – like my mum – entering the water is adventure enough. As they say, even the bravest have succumbed to the territory of violent waters. Once in the water, you have to successfully engage in the Valsalva maneuver, which is utterly terrifying. However, this is quickly over as your life is bestowed into your instructor’s hands, immediately making you feel safer. And if you are anything like me, a thrill seeker, no amount of terror will stop you from seeking such as a thrilling (albeit expensive) opportunity. The only downside is, you can’t feel as much when your body is not in your control.

The wealth of The Oxford English Dictionary reveals Valsalva to be an action ‘in which an attempt is made to exhale air while the nostrils and mouth, or the glottis, are closed, so as to increase pressure in the middle ear and the chest.’ The key-word here, is ‘attempt.’ Although the method to do this is common, and stressed enough before you actually venture into the water, you only realise its significance much later. It is not just in scuba diving that this is useful. In fact, along with chewing gum, it is one of the most common methods to ease the ears while take-off in an airplane. Despite this, when we usually perform it, if it works or does not, its effects are not that noticeable.

When you fail to perform it correctly, it is incredibly painful. My hope to explore and touch fish and corals underwater was life-threatening. Due to a failure to perform Valsalva, my ears had started hurting. Because the pain was mild at first, I ignored it. With beautiful school of fish swimming just a foot below, the charm was irresistible. But, as a foot becomes two, three… it is too fast and too late. My pain sharpened, and what followed was pretty dramatic. I was pulling on my instructor’s sleeve, because I thought I was dying (which was not the case) and because it was not in my power to dismiss the pain anymore.

One of the other major factors in causing terror remains breathing through your mouth. Conquering this fear is going against a natural instinct, which is easier for children to accomplish than adults. Although I did get this right at 18 – it was slightly more difficult for me than my brother at 12 – my mum and dad struggled way too much. However, my instructor deemed me ‘inappropriate’ to explore the depths, and I was left to see the marine life from a considerable distance. Not much different than, say, a glass-bottom boat. Which is honestly much better, for it is special in the fact that it keeps the beauties untouched – and thus, untouchable and mysterious. Most of the glory is because you cannot touch all there is underwater, or when you can, without shooting pains. But, if you are trapped in an awkward mid-position, it does not take long for you to become annoyed at the inaccessibility of these wonders. Much like all attractions, it is eventually doomed to distance and displeasure.

How to… Scuba Dive

Check out some more Redbrick Travel articles below:

Why to See Venice in the Winter