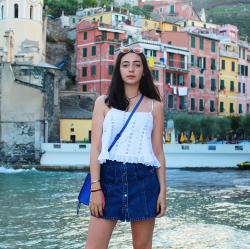 Giulia Bardelli and Ayshea Baker
Published at 19:15 on 2 February 2016
Images by David Counce ,

Just because we’re in the middle of a harsh, cold winter doesn’t mean you can’t bring out your sunglasses. Mirrored-lens aviators are so on trend right now. Major celebs such as Kendall Jenner love this look, so why can’t we give them a go too? Whether they’re an accessory on your head or on your eyes, the sun still shines in the winter and with the glare from the icy ground, it’s a must to carry some aviators in your bag.

Kanye’s been teasing fans by releasing a load of incredible new material on Soundcloud in anticipation of his new album ‘Swish’, set to be released on February 11th. Who says your new year’s resolution of hitting the gym more can’t be done in style? Grab your Yeezy’s and get ready for some brand new bangers to get you motivated while you work out!

Ready to bag some bargains this year? Check out the new Independent Birmingham Card. Membership is just £15 (or two for £20) and entitles you to a whole year of dicounts and deals at over 75 of the best independent cafes, bars, restaurants and shops in Birmingham. Enjoy discounts at some of the most popular Brummie places, from Nosh and Quaff, to The Plough and The Jekyll and Hyde without breaking the bank

Lad culture is a serious issue and has recently been raised at an NUS summit. Whilst it is still prominent nowadays, especially at uni, it’s about time it was addressed. Not only do cliques put pressure on people to act a certain way but they isolate and intimidate others. Friendly competition between friends is great but no one likes a show-off! Things can easily get out of hand- watch The Riot Club if you don’t believe me!
New Year, New Me!
Have you really stuck to your new year’s resolutions of going to the gym, spending more time in the library and less time at Snobs or Stuesdays? The whole concept of ‘New Year, New Me’ puts too much pressure on someone to be a completely different person. Instead, think positively rather than changing everything about yourself, Take things one step at a time. You’ll end up achieving more!