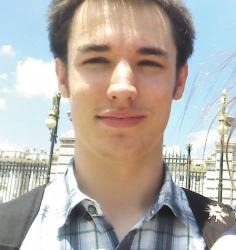 Fed up with buying a brand new phone for it to feel out of date after just a few weeks? Or always looking at those new handsets with that even better 20 Megapixel Camera, Quad Core CPU or Super AMOLED backlight screen? Well your smartphone woes may soon to be over; Google are currently working on a solution to this problem – modular phones.

A modular phone is essentially a smartphone that can be broken down into its components (Modules) and these can then be swapped and matched together. Essentially this means that the user would have a smartphone scaffold on which they could build the phone they want from scratch. The modules would consist of the desirable parts of modern smartphone like cameras, screens, SD slots… that the user could easily buy from shops. The modules and skeleton would then fluidly work together as one and could even be “hot-swapped” without the gadget being powered off. This would give consumers a highly customizable smartphone experience as technology improves over time.

The development effort to create Modular phones is named Project ARA, codenamed after a leading mechanical engineer on the team. The concept has been around for a while now (2012), but only recently have functional prototypes been developed which have started to attract a lot of current interest.

What does this mean to the average student, like you or me? Well, if these phones take off then it would allow us to be free from wanting to upgrade a whole new smartphone every few years. If a friend bought the newest Samsung, with a finger print sensor or we really need that brighter screen or more reliable Wi-Fi you would only have to buy the module to compete.

As many students like to feel individual, this phone would enable the creation of a highly personable phone that is reflective of what we feel is important and functional in a phone. The extra expense of overly powerful parts that are not needed can also be cut out, thus saving us money- every student’s dream! Even better if the phone was dropped and the screen smashed another could just be bought or easily and cheaply swapped!

There would also be a reduced cost overall; a new phone would not have to be bought when the camera becomes outdated. This keeps our phones up-to-date whilst not having to throw out a device every 18 months (or giving it to Mum) and generating more electronic waste for the environment.

Currently Google have brought out a prototype called Spiral 1 at NK labs. This can boot Android Jelly-Bean and run some applications. On the 14th of January 2015, Spiral 2 will be unveiled which should show more features and improvements. The plan is to have modules on the phones, which have swappable covers, so that the aesthetics of the phone can be tailored. That way, your phone can still have your favourite pet picture on its back, if you really want.

When will these phones be available? Well according to Paul Eremenko – head of Project ARA, early devices are on the horizon; “we will share early plans for a market pilot in 2015”. The company plans to eventually produce a basic modular phone that costs around $50-100 to make, but the end price for consumers is unknown at this point.