Five Ways We’re More Like Bees Than You Think

With ‘National Honey Week’ underway, Ian Rogers brings you a few lesser-known traits of our vital friend – the bee. 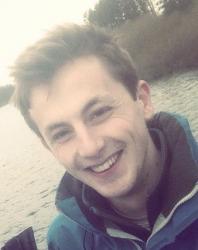 Under threat from neonicotinoids (neuro-active insecticides) and climate change, the hard-working bee is needed more than ever with a surging human population.

Here are five ways in which humans and bees are more alike than you might realise:

It is thought bees can ‘self-medicate’ on nectar from certain plants when infected by a parasite.  Secondary metabolites produced by plants are usually a defence mechanism against herbivores. But an investigation by The Royal Society Publishing found a curious result; they looked into how secondary metabolites such as alkaloids, terpenoids and iridoid glycosides affected nectar harnessing insects. The outcome was that bumblebees consuming these secondary metabolites reduced their parasitic load by around 60-80%; it is now hypothesised that bumblebees feed on plants providing this natural health benefit.

A study by the University of Sussex has reportedly found bumblebees stealing nectar from one another. A staggering one in eight bees were found to be regularly travelling, and intruding, into neighbouring colonies. This thieving nature, reported by The Telegraph, reflects how alike bee society is to our own.

3. They love caffeine as much as we do

Research at Newcastle University found bees were three times more likely to remember, and therefore return to plants supplying nectar laced with caffeine than to those whose nectar didn’t contain caffeine. The well-known compound found in tea and coffee helps bees remember the location of these flowers during fast harvesting actions – swiftly moving from flower to flower. This memory surplus is a big bonus for other flowering plants producing caffeine; bees who have tasted this type of nectar are more likely to seek out similar plants in future.

A study by Arizona State University found bees can reverse their brain age by performing duties usually reserved for younger bees. Typically, once bees move onto foraging activities, their ability to learn new things diminishes over several days. However, the study found bees were able to reignite their ability to learn if they were returned to activities reserved for younger bees – such as nesting. Researchers say the proteins responsible for this change in brain function are similar to those found in humans. They question if social interventions could help reverse or delay the impacts of dementia.

Honey bees can be 3.4 times more likely than their peers to become food scouts. It is thought that these adventurous bees are the select few who go out to find a new location when a colony becomes too big – a task often critical to the survival of hives. Scientists are putting this difference down to an individual’s sense of adventure and have compared it to novelty-seeking behaviour in humans. A study published in Current Biology has even suggested bees have emotions. The study found bees had a pessimistic response to negative stimuli – giving negative behaviour alongside chemical responses such as the lowering presence of dopamine, octopamine, and serotonin.