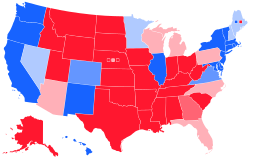 Comment writer Rubika Latif analyses the results on the 2020 presidential election, arguing that it was the Democrat’s grassroots campaign which lead to increased voter turnout and secured Joe Biden’s victory 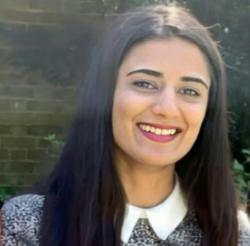 Slowly but surely the red mirage made way for the blue wave in the swing states. The US election has broken many barriers but there is still an overwhelming sense of caution, as it was not the landslide the poll pundits had confidently predicted. America remains a deeply divided nation with polarised ideologies and now faces threats of Republican lawsuits following allegations of electoral fraud. This has cast a shadow over a country that usually prides itself on its democracy and has threatened an orderly transition of power. However, it was very competitive in key states such as Georgia, Michigan, Wisconsin, Pennsylvania, Arizona and Florida, as both candidates battled to obtain the required 270 Electoral College votes. Trump held onto Florida, but Biden managed to secure six swing states, with ballot counting resuming and impending recounts likely where there is a small margin between the candidates.

Swing states refers to any states that have the potential to be won by either the Democratic or Republican candidate. These states were heavily targeted by both party campaigns in order to sway undecided voters in areas where there are similar levels of support for both parties. Following the unexpected Democratic loss in 2016, the party started a strong grassroots campaign, involving telecommunications, door-to-door conversations with potential voters and began to consolidate the involvement of communities who have been victims of voter suppression. I saw how the Biden campaign began to consistently engage with different communities across social media and this targeted approach helped more voters to believe in their promise for change. The long queues, restrictive voting laws and limited access to polling stations had previously alienated many people from engaging in the democratic process. Andrea Hailey, CEO of Vote.org, warned ‘people are having to jump through an extra series of hoops just to participate.’ She runs a non-partisan non-profit that aims to use technological initiatives to help more people register to vote. The Democratic attempts to ensure there was a wider electoral participation encouraged a political transformation across several key swing states and Democratic votes outnumbered the Republican even in previously staunch ‘red states.’

This change is also supported by the increase of progressive voters moving to these swing states, with many demanding institutional changes to tackle racial injustice and police brutality following the Black Lives Matter movement. Many voters were also worried about Trump’s lack of control over the Covid-19 pandemic.  The Lancet, the world’s leading independent general medical journal, published an article in June exploring the disproportionate effect of Covid-19 mortality on ethnic minorities and stated that there were numerous explanations for this disproportionate burden. The article recognised that ‘the Covid-19 pandemic did make the topic of social disparities a priority topic as it reflected the vulnerability of the minority groups.’ Similarly, an article in New Scientist uses figures released by the US Centers for Disease Control and Prevention, which show that ‘of about 120,000 confirmed Covid-19 cases where race has been specified, 36% were among non-white people, who account for 23% of the US population’ and that ‘most were in black or African-American people, who comprise 13% of the population, but 30% of all cases.’ I believe it was these harrowing figures that may have encouraged more people from BAME communities to seek a change in leadership, as both candidates have such different views on how to approach the pandemic.

Arguably, Trump also suffered in his appeal to suburban women in the swing states, perhaps after his divisive comments from his Michigan rally, in which he argued that he deserved their votes because he ‘was getting [their] husbands back to work.’ He also directly implored ‘will you please like me?’, during a rally in Pennsylvania, suggesting that he was aware that women hold a lot of electoral power, he had failed to target them during his campaign and that he was now struggling to win them over. However, his comments lost him key votes in crucial swing states in the Rust Belt as many women were offended, as a direct result of his comments.  One woman from Michigan highlighted that the image Trump was projecting was ‘really tone deaf in terms of the reality,’ since there were many hard-working single mothers and co-breadwinners. I think that this alienation of women was catastrophic in the swing states because Trump had undermined all working American women in the 21st century, regardless of their political affiliation. The New York Times utilises analysis from the National Women’s Law Center, which states that over ‘800,000 of the 1.1 million people who lost their jobs between August and September were women.’ Since mothers have also been disproportionately taking on additional responsibilities of work, childcare and educating their children, while schools have been closed, it is likely that his comments will have irked these women. This may have aided his decline in support from suburban women and perhaps changed how they voted during this election.

Even public health precautions such as masks have become politicised, despite US cases reaching over 10 million and deaths nearly reaching 240,000. Therefore, I think it is plausible to assume that the change in the swing states may have also been caused by young first-time voters who were more inclined to vote for change, more votes from urban communities and graduates. The widespread use of ‘mail-in’ ballots was crucial to limit social contact and has had a significant impact in encouraging millions more citizens to engage in democracy; this may have helped tilt the swing states in Biden’s favour as Democrats were more likely to use this method. However, despite what many may see as a renewal of hope, it is indisputable that Trump also got over 71 million votes; millions of Americans agreed with what he had offered and signed up for a second term. Essentially, his expansion of support indicates that historically, Trump is currently the most voted for loser. This signifies that although the change in demographics in key swing states had benefited Biden, Trump had also found unexpected rates of support in swing states, such as Latino voters in Florida; this helped him to win Florida’s 29 electoral votes.

Ultimately, Joe Biden won the popular vote by millions and surpassed the required number of Electoral College votes to win the election; the change in demographics in the swing states has helped reinstate the ‘blue wall.’ This had been supported by his promise to tackle issues such as the pandemic, systemic racial injustice and climate change. Since there have been various social issues recently brought to light, I think it would have been likely that the result would have been similar in the absence of Covid-19, with the desire for change rapidly building momentum. Although there is still no formal concession yet from the incumbent President, it is evident that Biden’s pivotal victories in the key swing states were also aided by the record-breaking electorate. As a result, I believe it was the persistent grassroots campaigns of those who worked hard to encourage previously disenfranchised voters to participate that helped the Democrats win the election.

For more views on the US election:

A Deep Dive Into QAnon: The Conspiracy Threatening US Democracy