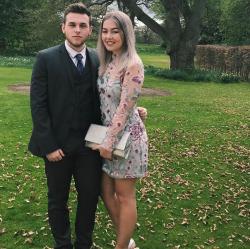 alexalton1
Third year International Relations and Political Science student and lover all of things football (apart from Jose Mourinho).
Published at 09:00 on 18 March 2018
Images by Hammersfan

A 3-0 loss at home to Burnley. Multiple pitch invasions. Players scuffling with fans. Kids forced to sit on the bench to avoid fighting. Owners told to leave for their own safety. It would be fair to suggest that Saturday 10th March was a reasonably important day for the fans of West Ham United. 2 years on from the move to the Olympic Stadium, some would scarcely believe the current plight of the hammers.

In their last season at Upton Park, West Ham were brilliant. A side which had everything a team would need to break into the upper reaches of the Premier League hierarchy. A strong defence, committed midfielders, combative wingers and their star man, Dimitri Payet. Slaven Bilic’s side managed to finish 7th in the league, breaking their own points and goals record in the process. The final game at their stadium Upton Park was a very emotional one, involving a thrilling 2-2 with Manchester United, perhaps displaying how far the club had come during just one season. The sad goodbye to Upton Park felt somewhat momentous for many fans, who had seen generations of their families go through the turnstiles. Yet it was all to be ripped up on the basis of one promise.

The board, with their plan to move to the Olympic Stadium, promised fans that increased gate receipts would mean better players at the club. These better players would mean the club would finish higher up the league, cementing West Ham’s place as a de facto force in the top flight. However, it is fair to say that everything has not gone to plan at the club, the microcosm of this idea portrayed on Saturday in East London.

There has been a number of problems with West Ham’s business strategy since moving to the Olympic Stadium. One is that by selling fans the dream of success via a stadium move, they have gambled an immense amount of history. By relocating 2.8 miles away to the Stratford area, the executives at the club have lost part of the soul of the club. As previously iterated, for the extreme majority of fans, the place in which their team plays football is sacred ground, somewhere to cherish and to relish visiting. Fans had this in the immediate area around Upton Park, with the wider community built around the club.

In Stratford, the Westfield Shopping Centre no doubt leaves some fans feeling that their experience has been somewhat sanitised. Add to this the notion that there is a lack of “WestHamness” around the ground, with very little of what was left behind at Upton Park moved to make fans feel comfortable in their new surroundings. West Ham could have taken example from other London clubs such as Arsenal, who imported the Highbury clock in to the Emirates Stadium to synthesise old with new.

Another issue with the Hammer’s business strategy is their reluctance to spend money. Although commitments to financial prudence in English football may appear admirable (given the massive issues with debt), the Premier League has entered a new financial era. This means that clubs further down the pecking order in the top flight must spend in order to maintain their status. Since moving to the Olympic Stadium, West Ham’s net spend is around £29m. This is despite the fact that the club has 50,000 season ticket holders, paying an average of £500 each. In itself, this raises £25m for the club in ticket receipts, which is widely thought to make up around 17% of club revenues in the league. Contrasting this to the newly promoted Huddersfield makes the board of West Ham appear somewhat feckless in their business approach. Despite selling the cheapest season tickets in the league, Huddersfield have spent around £70m on players and are currently sitting above West Ham in the league.

Fans are now demanding to know whether they are going to gain the reward promised to them by the three key executive members at West Ham, Karren Brady and David Gold and Sullivan. What is the club doing with the money promised propel the Irons into a new era of success? Why has the incredibly fortuitous deal given to West Ham by the taxpayer not conversely increased funding for players? If West Ham go down this season, how on earth will they manage their wage bill in the Championship?

As of yet, it would seem that the board at West Ham have no answers, and it has been disappointing to note that they have been supported by members of the media. Although Jeff Stelling may have a point about fans targeting 82 year old owner David Gold, it is no surprise to see them doing so. If Gold is too old to own a football club, he must sell his stake within the club to someone who wants to represent fans appropriately, rather than neglecting the needs of fans for notoriety or private gain.

It must be said that although the behaviour of pitch invaders must be strongly condemned, there has to be a reason as to why fans decided to come on to the pitch, as it will inevitably lead to a stadium ban for a lengthy period of time.  Though these fans acted in embarrassing fashion by removing the corner flag amongst other actions, many have said that they do not represent the fans at large.

However, what would these same critics say of the sheer amount of people stood on the massive platform’s of empty space in the Olympic Stadium, criticising messeurs Gold and Sullivan? The point is that whether or you not believe these fans have the right to protest in this way, they definitely have the right to protest in some way. Perhaps it is unfortunate that all dissenting West Ham supporters will now be typecast as hooligans. Some do have genuine grievances about the shambolic running of the club and have no real outlet to express this.

Regardless, if West Ham were to have won that game and a few others earlier in the season, it is highly doubtful that fans would be venting in the same way as now.  As well, if they are to use the example of other clubs who are financially mismanaged e.g. Sunderland who are now plummeting towards League One, there is definitely reason for fans to be legitimately concerned and worried.

All of this for a stadium move which promised everything, and so far has delivered nothing.