Students have once again voted for the Green Party in this week’s Redbrick General Election poll. Meanwhile, the Labour Party have seen a resurgence in their support. 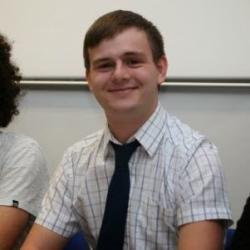 Our fifth poll has returned another clear victory for the Green Party, as they increase their percentage by one, but their lead extends. The party is holding their Spring Conference this weekend, so it will be interesting to see if any policies directed at young people will make an appearance.

The Conservative Party retain second place in the poll although with a reduction of 6%. In contrast, the Labour Party appears to have bounced back, regaining 8% of the vote to reach 22%. This could potentially be due to Labour announcing to reduce tuition fees to £6000 last week.

The Liberal Democrats and UKIP are on the same level of support this week, with 3% of the vote each, whereas the Other vote is at 1%. No voters said they would not vote or didn’t know who they would vote for this.

Parliament is set to be dissolved on Monday 30th March and the campaigns are due to ramp up on campus, in Selly Oak, and across the country.

A total of 89 students participated in our poll this week. We’d really encourage you to take part in the poll when it opens on Monday, even if it is just a little bit of fun! If you’ve got an idea about who you plan on voting for, or even if you don’t, make sure you vote for that choice between 00:00 on Monday and 23:59 on Friday!

(Note: This poll is neither representative nor accurate. Rather, it is more of an initiative to get the general feeling of students on campus, and to try and engage more students in politics in the run-up to the General Election. Therefore, take the results with a pinch of salt).