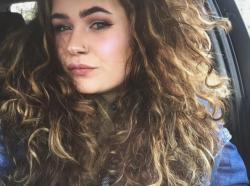 As someone who was to some extent losing faith in the Marvel franchise (sorry), it took me a long time to actually watch the first Guardians of the Galaxy movie, and I really wish I’d watched it sooner. It rocked my world. The appeal of the Guardians movies, with its humour, soundtrack, and somewhat different approach to other marvel films, is their appeal to people outside of the superhero genre – even my Mum loved Guardians of the Galaxy. So when I heard that Vol. II was out in a matter of weeks of me watching the first one, I couldn’t wait. I didn’t think the first film could be topped, but  Vol II. just  might have managed it.

Vol. II retains what was so successful in the first film – its humour, irreverence and bulletproof charm – and builds upon it. We begin with an action packed fight scene with another weird and wonderful space creature, displaying all Guardians has to offer; a fantastic soundtrack (as the fight takes place against Electric Light Orchestra’s ‘Mr Blue Sky’), explosions of colour and absurd space age settings, outlandish villains and monsters, a barrel of laughs, and of course – Groot. Although everyone’s favourite talking tree is now considerably smaller.

What Vol. II does change and build on however, is its narratives distinctness from the rest of the vastly expanding Marvel Cinematic Universe. Unlike the first film – laboured with fully introducing the Infinity Stones and the MCUs Big Bad, Thanos, into the series’ mythology – Vol. II is orientated around Peter Quill and the discovery of his father, giving the sequel a sense of emotional stakes that are welcomed back into the MCU. Giving writer-director James Gunn free reign plot-wise was a wise move on Marvel’s part, following Joss Whedon’s well-documented struggles to set a fine balance between creative independence and whetting our appetite for more sequels in the un-jointed Age of Ultron. There’s no such troubles here, however, as Vol. II is allowed to develop and build on the galaxy the Guardians inhabit, and the most importantly, characters themselves.

We delve more deeply into the history and relationship between space-age, multi-coloured assassins Gamora and Nebula. The dynamics between the two feuding sisters are explored in more depth here, and its nice to see Nebula get a partial reprieve for her side-lining in the first film. In addition to this, we finally get the answers as to why Yondu never delivered Peter to his father, and are given possibly one of the best character arcs in history, for a Marvel film. Ever. Not only does Vol. II expertly build on its pre-existing characters, the new addition of Mantis, and a more substantial role given to Yondu’s right hand man Kraglin, fit in to the universe perfectly. Mantis, the only living creature besides Ego (a God-like being who just so happens to be Quill’s father and who just so happens to be played by Kurt Russell) on Ego’s planet, not only serves as an elepath, reading and altering feelings, but as someone for Drax to bounce off of. Both socially awkward, the relationship between these two, and the moments they have throughout Vol. II are undoubtedly some of the funniest moments to have graced the MCU in a while.

In fact, it was good to see the further utilisation of Drax in general – throughout the film we see far more of Drax’s personality, and so much of his infectious laugh that we almost forget his tragic history and quest for revenge on Thanos. And then, of course, there is Baby Groot. Baby Groot honestly needs his own special mention, as I honestly never thought it possible to be so attached and emotionally invested in a graphic of a small anthropomorphic tree – every time this adorable little plant came on screen a small squeal escaped my mouth. For those cynical souls reading it, it will be relieving to know that, no, Baby Groot is not just around to boost merchandise sales. Groot in both films has proven to be a valued addition, and avoided the ‘minion effect’ from Despicable Me, of becoming a useless cute character that eventually becomes irritating. Aside from additions to the main characters, Guardians of the Galaxy also throws in a number of curveballs, such as cameos from David Hasselhoff and Sylvester Stallone, allusions to original comic book characters, and of course teaser trailers, giving further insight in to the complexity and expanse of the MCU, and hinting at many more surprises (and, of course, films) to come.

Verdict: Basically, this film is just amazing. 136 minutes of feel good, super hero wonderment, with hilarious and empathetic characters, a great story, all within an outlandish space setting – I honestly felt sheer joy at finding out a third movie is in the works. Guardians of the Galaxy works so well by inhabiting a separate space within the MCU, where Tony Stark or Nick Fury don’t turn up every 5 minutes to bring the tone down – just two hours of action packed laughs, massive tentacled-monsters and sentient baby-trees.