Why is Hamlet more relevant than ever? 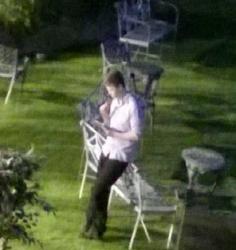 Harry Daniels
A student of Theoretical Physics, and writer for Culture.
Published at 10:14 on 6 December 2015
Images by Ben Francis

In terms of Literature, what has been more hotly debated than the place of Shakespeare in the modern-day? What has been more contested than his position in the Western Canon, and his relevance as we’ve moved into a different way of life? Critics of his, including Tolstoy and Shaw, have deemed his works contrived and outdated, and many have thought them insincere in form, and too reliant on a style over substance. Worst of all, perhaps, they’ve deemed that he has become unimportant.

Insincere? Unimportant? We can see, at risk of sounding superior, this idea debunked by examining scenes throughout Shakespeare; we can see it in Lear, in Macbeth, and in Antony and Cleopatra, to name a few. But, it is in one of his creations that we see it most strikingly: in Shakespeare’s acclaimed, which in itself is an understatement, masterpiece “Hamlet”.

There are so many examples of sincerity and reaching genius in this remarkable drama, but one of particularly beauty and reach is found in his most iconic of scenes. When Hamlet reaches for that bone, thrown so casually by a grave-digger, the protector of the brain and “soul” of every being, and holds it up to examine it, he finds it dirty, stinking and decayed, and his whole dilemma reaches its critical point. Hamlet, in seeing his mother so quickly forget her devotion, and seeing his father so quickly replaced in the eyes of queen and country, has died before his death. His faith in his own importance, and the importance of anything and everything around him, is taken from him. The beauty and fulfilment in love is reduced to a temporal waste, and with it decays his desire for his “mortal coil”. This intellectual is in a state of decay, and at this point he reaches the void.


Standing in the looming “silence” of eternity, he cannot find sound. Its perceived emptiness leads him to question every expression of his fellow-man, and he finds it stripped and reduced. All the happiness and misery of life, one of the few universals of our existence, will disappear from the world, as if it had never been. How could Hamlet find any dignity afforded to us when our virtues and failings are just sparks which so quickly cease to be? His faith in God and Heaven, a far more common quality of Shakespeare’s day, is equally questioned when, in his desire to end his life, he is struck by fears of what may be on the other side, if there were anything at all: “in that sleep of death what dreams may come, when we have shuffled off this mortal coil, must give us pause”.

So, when he gazes into Yorick’s eyeless orbits, and lipless Maxilla and Mandible, and sees all those times that were, and are not now, his aura of nostalgia is palpable, both for his lost childhood and his motivation to continue on. In the darkness of the cavity, he sees the “walking shadow” – as stated in another of his masterpieces – that we all may be.

Insincere? No. This writing is amongst the most heartfelt and despairing of all Literature, at least in my experience. Unimportant? Certainly not. As we become an ever more learned animal, in an ever more developed world, Hamlet’s questions about the “silence” and the purpose of it all drift ever closer to the centre of the stage.

Importantly, it is not only Shakespeare who dwells on it. That silence has been reflected on by almost every poet, from Tennyson’s masterpiece Ulysses, where he paraphrase Hamlet, remarking on the need for joy and fearlessness and bravery, such that “every hour saved from that eternal silence” is made worthy of us, to Alexander Pope’s “Elegy” on suicide – another question reflected on by the prince – in which he remarks that the poet “shall shortly want the gen’rous tear he pays”, in an attempt to survive his passing in the mourning of others. But it is not merely the subject of these artistic geniuses, it is the question of us all.

Are we all to die as Hamlet did, long before death truly comes for us? Is our answer to lose ourselves in pointless attempts, in his framework, of mirth? But, that is not the only message we can draw from his ramblings. There is a point to be drawn from him which is just as relevant: This universal and existential question serves to humanise us. Across countries, continents and indeed the world, the fear of death is equally expressed, and never, in my opinion, as accurately and eloquently and beautifully as it is through Shakespeare’s most remarkable creation.

We would do well to remember, as yet another believer in the supremacy of this particular play, Charles Dickens, remarked, that “we are all but fellow passengers to the grave”. And the proof and expression of this is found in the works of that pre-eminent dramatist and genius, William Shakespeare. Hamlet’s self-interest is not limited to him; we can all only see the world through our own filters, which leads to us, ultimately, being egocentric. But, this demonstration shows us we are not alone in our cowering, that we are a connected part of a collective whose every part suffers the same “whips and scorns”. And, in a world which continues to encourage isolation and self-interest, it is of the upmost importance that we are reminded that each of us bear the same “hands, organs, dimensions, senses, affections, and passions”, and that we never forget.