Zak Barlow has a stressful experience attempting to play the Dragon Ball FighterZ beta, but all is not lost he says 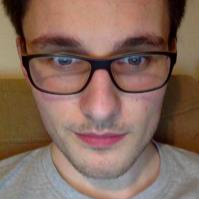 The Dragon Ball FighterZ Open Beta commenced over the weekend, and I was one of the few lucky ones to get in on the action early, before everything came crashing down the next day. Even so, my weekend with FighterZ was not without frustration and hitches: though there was a fair amount of excitement and nostalgia too!

The early access section of the Beta, available to those that have pre-ordered the game, began a day earlier and was marred with network and matchmaking problems. It took me over 3 hours to find two games. Furthermore, after my second battle, the network disconnected me mid-rematch, taking another half-an-hour to get passed the dreaded ‘failed to initialize network’ error screen.

Matters only got worse once the beta became available to all on Sunday. It was impossible to even connect to the network, let alone any attempts to find matches. Such a frustrating situation was only exacerbated by the fact that players were unable to play the limited tutorial scenarios (for the umpteenth time), as one had to be in the online ‘social-space’ to access them.

The entire point of a beta is to give game developers access to vital player-testing data, which are used for fine-tuning and debugging the game. With such networking issues, and the limited number of player vs. player matches able to happen, the FighterZ beta resoundingly failed in this in this regard. If offline player vs. computer matches were available, more useful data could have been received by the developers, as more matches could have occurred; with or without any networking issues, human vs. computer matches can still help to identify game balance problems and exploits.

Given that the earlier closed beta (which took place during September 2017) was also plagued by network issues, and the fact that Dragon Ball FighterZ is due out in less than a month (26th January), Bandai Namco have really done themselves a disservice with this Beta. Dragon Ball FighterZ is one of the most anticipated DBZ fighting games of the last decade. Hence, to release its beta with such severe, unresolved network issues, so close to launch, risks dissuading consumers who wanted to try out the game before buying, and disgruntling those fans who have already preordered the game.

However, all is not lost. In a tweet on Sunday, Bandai Namco have announced that they are working hard to fix the connection issues, and that they may extend the beta into the coming week once this has been done. This is good news and, hopefully, will result in lots more PvP matches occurring. Hopefully this will entail the enabling of region-wide, not ‘room’-wide – as it seems to be currently, matchmaking, which may help to speed up pairings of players.

Artistically, Dragon Ball FighterZ is set to become one of the best-looking Dragon Ball games to date, with the stunning supermoves recreating some of the fan-favourite moments from the anime. Complimenting this artistic direction perfectly, the gameplay is crisp and satisfying. While the combat is seemingly not as deep as the likes of the Dragon Ball Budokai series of games, it is certainly a great step in the right direction.

It has been far too long since fans have had a good, solid 2D/2.5D Dragon Ball fighting game. It should be noted that, given the lack of matches for most, the full depth of the combat mechanics is rather difficult to ascertain. As such, if you are on the fence with concerns over its net-code or depth, it is probably best to wait for reviews of the full, finished game, post-launch, before putting your money down on FighterZ.

Consequentially, if the matchmaking issues are properly resolved by Bandai Namco, and if post-launch reviews confirm that these issues have been fixed, Dragon Ball FighterZ is shaping up to be one of the ‘must-buys’ of 2018.