Harry and Meghan To Visit Birmingham for International Women’s Day

Prince Harry and Meghan Markle are traveling to Birmingham on the 8th March as part of their celebrations for International Women’s Day. 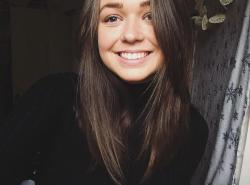 In the official visit, the pair plan to learn more about, and get involved in, projects supporting young people in the local community.

The couple will be at Millennium point in Birmingham’s Knowledge Quarter to meet the next generation of women – often referred to as ‘Stemettes’ – in the Science, Technology, Engineering, and Maths fields. This group of young women is made up of school and college students, local business leaders and entrepreneurs.

Following this visit with the Stemettes, the pair will spend the rest of their visit in the Nechells area supporting a training programme – the Coach Core apprenticeship scheme – focusing on those in need of help as they pursue a career in sports coaching and mentoring.

The scheme operates in Birmingham, along with 9 other cities, and is run by the Royal Foundation of The Duke and Duchess of Cambridge and Prince Harry to give young people aged 16-24 the chance to become the next generation of inspirational coaches.

The Coach Core was set up by Princes William and Harry to support a range of projects they are most interested in, including projects supporting mental health and military veterans. Along with The Duchess of Cambridge, Markle will be the scheme’s fourth patron after her wedding day.

Markle is a UN women’s advocate (for Political Participation and Leadership) and publicly supports movements for progress for women including Emma Watson’s He for She Campaign. Last month she told crowds there has been ‘no better time’ to empower women.

The recently engaged couple are to be married in May this year at St George’s Chapel at Windsor Castle in England. This visit to Birmingham is the latest leg of their pre-wedding UK tour, as they try to visit as much of the country as possible. They have recently been to Cardiff, Edinburgh, Nottingham, and London.