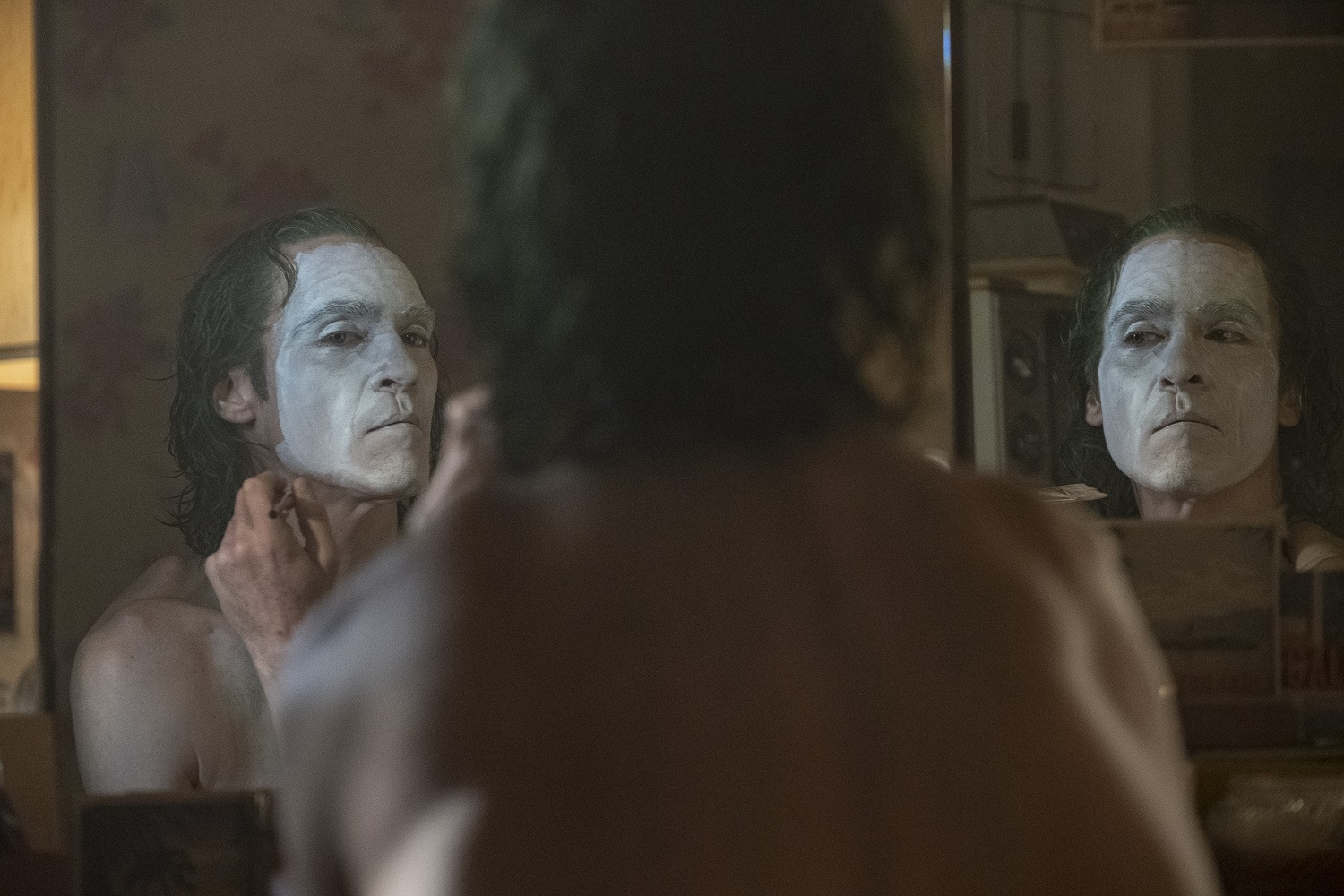 The Joker: A Cinematic History

Written by Antonio Miguel Aguila
English and Film student with a love of literature and cinema.
Published at 09:03 on 17 November 2019
Images by Niko Tavernise

In the 1940s ‘The Joker’ was introduced in Batman #1 as a master sociopath criminal donning a clown-appearance matching his murderous amusement. Later, he was written as a goofy-trickster thief, then in the 60s as a severely vicious, psychopathic killer, responsible for numerous tragedies in Batman’s life including beating Robin to death, paralysing Batgirl, and tricking Superman into killing Lois Lane. Beyond the Joker’s longstanding 80-year history in comics, the character is constantly being reborn in other mediums. For instance, in Batman: The Animated Series played by Mark Hamill, and taken by directors interested in their own take, like Christopher Nolan, Tim Burton, and most recently Todd Philips, as well as numerous cartoon, video game, and TV show appearances. Why The Joker though? Out of the millions of fictional characters why did he emerge from the rest? Despite being a nihilistic serial killer, he is ubiquitous, enduring, and iconic. So why?

Cesar Romero did a good job with his cackling grin, portraying the mischievous felon side of the Joker, but, the glass was still half-empty. Many portrayals of the Joker gather some inspiration from 1989’s Batman, in which for the first time a dark Joker, played by Jack Nicholson, was introduced to mainstream audiences.  Afterwards, the Joker fluctuates between prankster felon and murderous clown, and in the best instances is a blend of both. In these retellings, actors and directors have customised the Joker to fit within their own techniques and tricks. Heath Ledger locked himself in an apartment with no human contact and no natural light for a month. Jared Leto sent dead rats to his fellow cast members. Comparatively, to these more committed actors, you had Romero who refused to shave. Through exploring the different reiterations, we learn why the Joker is so encapsulating.

One very notable mention is Mark Hamill’s Joker. Even though Batman: The Animated Series is meant to be a children’s cartoon he brought a twisted sense of humour to his performance. He lacked empathy and probably terrified many children. At the same time his iconic giggling laugh rung like a musical instrument. It illustrated a range of emotions whilst most on-screen Jokers tended to focus on one. Hamill let Joker be a villain that kept adults compelled, while still working within the conventions of kids cartoons.

In contrast to this was Zach Galifianakis’ Lego Joker in The Lego Batman Movie. This Joker was easy to sympathise with, actually child friendly, gleeful and cheerful, more quirky than crazy and was an amazing subversion to the relationship between him and Batman. In most iterations the Joker is a staple in Batman’s tyranny and demise – willing to commit the most gruesome acts to let Bruce know how similar they are. In the animated Lego adaptation, the Joker genuinely wants a loving friendship and removes himself from the equation to get Bruce to admit how much he needs him. This is an interesting and underrated take on their relationship. Though both of these were cartoons, the Joker can suit the role of the cartoonish villain or ascend to a more complex version, entertaining to both young and old audiences.

What is interesting is how Joker may even be sidelined as a minor character. In both the live-action and animated Suicide Squad films as well as the upcoming Birds of Prey and Harley Quinn series, the Joker is not used as one of the main characters. He does attain some level of agency and participation, but in comparison to surrounding cast he is passive. He merely acts as a background object to solidify to the audience the mental trauma of Harley Quinn. He is mentioned as having broken up with Harley Quinn yet still having chains around her. Jared Leto, though doing the most atrocious job, is the first indication to a mainstream audience that the Joker could be used as a way of subtly exploring Stockholm Syndrome, even being a chaotically fun and fearful backdrop of panic.

Then there’s Ledger. He gave such an outstanding performance that a general consensus was agreed that The Dark Knight showed the way Joker was meant to be displayed. Nolan demonstrated a criminal mastermind seeking for something more than just money and seeking to satisfy his hunger for real excitement by toying with The Batman. The psychological and ideological threat he poses in bringing down the supposedly incorruptible Harvey Dent and nearly destroying Gotham, is wrought with tension and fear, similar to that of a terrorist. Only the problem with this terrorist portrayal is that the Joker has no cause. In the brilliant police station scene between the two rivals, it was clear he only wanted anarchy. He is a spectre with several unconfirmed backstories, not held down by any loved ones – or anything for that matter – yet providing heavily realistic and perverse images of his understanding of humanity. The Joker even wins in the end, since in order for him to be defeated Batman must break his one rule. So, even if Batman bests him in a physical fight, he would have lost everything else. Without Ledger’s Joker the morals of Bale’s Batman would have meant nothing if not tested so intensely. Batman doesn’t kill the worst person in the world despite the countless opportunities, thus making him all the more a better person and a true hero. It is a fascinating argument between chaos and order, the manic and the methodical.

Finally, the most recent and most controversial take on the infamous Clown Prince of Crime is none other than Joaquin Phoenix’s. After seeing Ledger’s stunning Joker and then having our hopes destroyed with Leto’s Joker, I and many others thought the character was no longer needed to be redone. However, I was wrong. In Todd Philips’ take we see a Joker never before seen, because it’s not the Joker. It is Arthur Fleck – the man who becomes the Joker. Joaquin Phoenix gives a phenomenal performance, bringing an astonishing new meaning to the Joker laugh. He also captured a deeply raw sensation by evoking pity and fear (mentioned by Aristotle in his Poetics) to either stun or piss off the audience. Here, we see the Joker become both the hero and the villain. It is ambiguous, and up to the audience to decide that however. In the film’s controversy and generation of arguments, it succeeds the Joker’s aim: to divide people and wreak havoc. The funny part is that it holds true to one of the Joker’s most crucial elements – his enigmatic quality. The film, whilst stirring the pot, ultimately says nothing. And that is a hilarious joke.

Joker’s enigmatic quality, stemmed from the creators having never thought of a proper origin for him, allows his character to be flexible and versatile. The Joker is an escaped convict from Arkham Asylum, the leader of the Suicide Squad, a comedic foil, gangster, abusive partner, or even a manipulator from beyond the grave. He can be implemented in a variety of interesting ways due to his capability for the comedic and the tragic wrapped up in all types of destruction. The Joker’s sheer malleability could be argued even to be Shakespearean. For example, how Macbeth may be played as a traumatised soldier or a bereaved father. This paired with the unique re-serialisation quality unique to comics extends the Joker’s reach into a network of other stories. Furthermore, this blend of pity and fear typically associated with the Joker canon provides readers and watchers a catharsis of badness that resides in us. The Joker does not obey society’s rules – he is the darker side to freedom. Not only does he not want to follow the rules of society, but he actively seeks to destroy the rules as we understand them. For him chaos is truth – because he too embraces absurdism – rejecting any notion that there is any inherent or even generated value, meaning, or purpose in the universe’s existence at all. In that realm of chaotic absurdity maybe we can find comfort in a killer or something sinister in a clown. Joker is a walking-talking spectre of the fearful unknown that Batman has to withstand in order to establish his ideals of peace, order and structure. Their battle will continue for a very, very long time, however, since fear never gets old.

Who do you want to play the Joker next?

Joker is in cinemas now.

Love Joker as much as we do? Give these a read…

The Criminal Science Behind the Joker

Mad Men, Bad Men: Our Obsession with the Toxic Man in Cinema