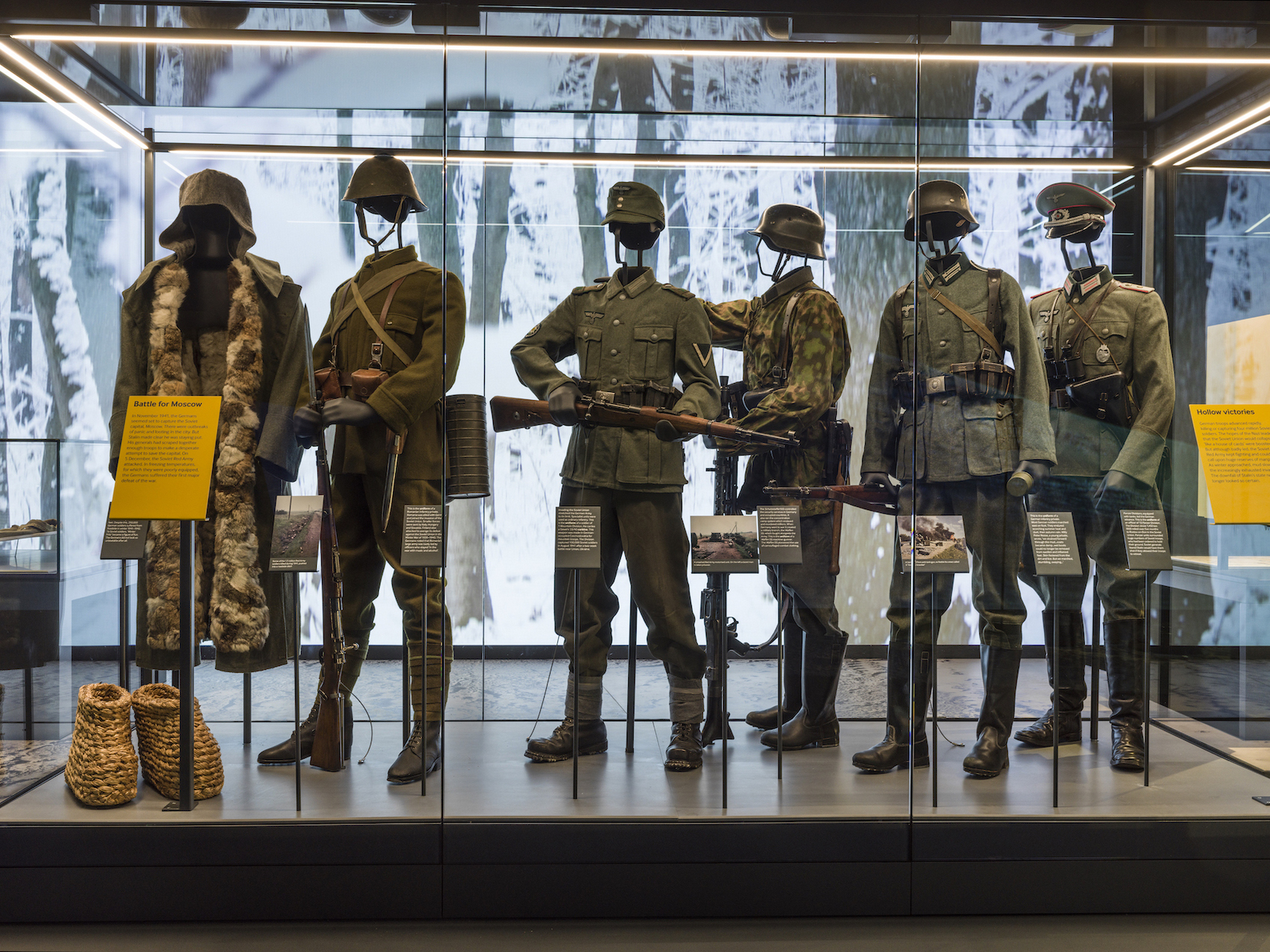 I had the chance to visit the new Second World War gallery at the Imperial War Museum (IWM) in London and I absolutely enjoyed my experience. The gallery is phenomenal and there is so much to look at and explore.  Over 1,500 carefully chosen and diverse objects bring to life a war that affected millions of people from all around the world.

The story portrayed by the gallery is not just that of the British, which is amazing and provides a very unique story via the vast collection. As stated by the Imperial War Museum on their website ‘the war affected millions of people from around the world, from London to Russia, to New Zealand, to China and the Philippines.’ Due to the vastness of the war it provided a personal connection to everyone involved.

The IWM state that they are ‘dedicated to conserving, displaying and interpreting stories of the most devastating conflict in human history, IWM London is the first museum in the world to house Second World War Galleries and The Holocaust Galleries under the same roof.’ I would definitely suggest that this dedication to war history can be strongly felt throughout the Second World War gallery. The new gallery will help to provide an incredibly strong visual and personal way to learn about the second world war.

Each item in the gallery possesses information about a specific person to whom the object either belonged or whom the IWM know would have used a similar item due to their role in the war. This personal connection is incredible and helps to demonstrate that the soldiers who fought were people too. This creates an emotional approach with the gallery which will led to visitors walking away with a higher likelihood that they have learnt something.

Within the gallery were three Second World War items from Finland: a propaganda poster created to inspire Finland’s people against Britain; a rifle with its bayonet; and a Molotov cocktail. It was absolutely fascinating to be able to learn about a country whose contribution to the war is not often discussed or showcased. I thoroughly enjoyed examining the items and definitely walked away from them having learnt something new.

Men and women’s voices are provided throughout the gallery and are given equal importance, which is something that I believe is incredibly important. My favourite item in the collection is most likely the Woman’s Auxiliary Air Force uniform that was worn by Lillian Bader, who I have discussed in a previous article.  I felt truly honoured to be able to view her actual uniform due to her immense contribution. It was an amazing feeling to be able to see the uniform of someone who I regard as a role model and have recently been researching. Additionally, I also loved that the service uniforms of women from the WAAF, ATS, WREN, WLA, WVS and ATA were displayed together in one long case to show women’s contributions as a whole.

The exhibition features both sides of the story as items from Germany and Japan are featured within the gallery. This provides the IWM with a unique chance to provide a learning opportunity that provides the whole picture.

I immensely enjoyed my time at the second world war gallery and will definitely be planning to visit again.  I encourage anybody who either researches World War Two or would simply just like to know more to visit the exhibition. The experience is unlike any other and you will not be left disappointed.

Remembering Black Women and Their Contribution to The War Effort

What is Reenactment and Why do People Do It?