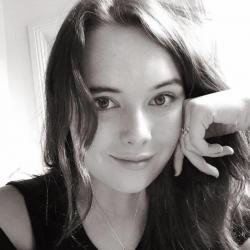 The stalls have been packed up, the halls emptied and the hangovers remedied, but the memories will live on. Insomnia 62 was a great success, with a huge turnout and wide selection of games for all to enjoy. Yet this was particularly true for the Indie Zone, which showcased the many brilliant and creative indie games currently being produced by British game developers. With so many unique and exciting games on offer, I found it almost impossible to select just a few on which to report. So, after great consideration, I finally settled on three games which stood for me due to their beautiful visuals, interesting concepts and entertaining game mechanics. Here are my top picks for indie games at Insomnia 62.

Have you ever wondered what would happen if Ghostbusters was given a neon paint job, 90s-style cartoon characters and surfer rock music? Wonder no longer, for Ant Workshop have created a game to answer this question.

Due to be released in 2019, Dead End Job is a dungeon shooter that combines quirky humour with deeply satisfying gameplay. Taking on the role of Hector Plasm, a worker at ‘Ghoul-B-Gone’, you are tasked with clearing out pesky ghosts from office buildings. As you capture ghouls and rescue trapped workers, your achievements are added to the client’s final bill. If you are successful, at the end of a round you may even attain a long-awaited promotion.

The gameplay is light-hearted: centred on the use of a plasma gun and a vacuum, the player must first stun then suck up ghosts to clear the offices. I particularly enjoyed the versatility of the vacuum, which allowed you to suck up everything from flying balls of ectoplasm to floating dollar bills: handy when you’re looking to make a quick buck. The range and variety of ghosts also provides an enjoyable challenge. Each ghoul has their own movement patterns, attacks and kooky characteristics that the player must memorise if they want to avoid ending their round in a pool of purple slime.

From the gross-out cartoon characters to the (numerous) puns, Dead End Job is also packed with quirky humour. A personal highlight was the boss battle featuring a ghost that bore a suspicious resemblance to the Microsoft Office assistant ‘Clippit’. It was an almost cathartic experience to finally give that paperclip the ending it deserved: a good smack around with a plasma gun before I sucked into a vacuum, never to be seen again. If only this had been an option in Office 2000.

Smooth, stylish and silly, Dead End Job is a joy to play. With a couch co-op mode and new content in the pipelines, this game will certainly have a spook-tacular debut when it is released next year on Steam, Xbox, PS4 and the Nintendo Switch.

This Dead Winter by Kindred Games

Perhaps the polar opposite to Dead End Job is This Dead Winter: an atmospheric adventure game set in a dark and snowy woodland. The player takes on the form of a bright red fox- one of the only living creatures remaining, who ventures through the frozen world in search of her lost cub. While the wood may appear peaceful at first, all is not as it seems, for there are dark and dangerous forces at work which will try to hunt you down. Through solving puzzles and exploring the landscape, the player can avoid the dark spirits and overcome environmental obstacles to progress through the world.

As the video below shows, This Dead Winter is visually stunning. From the movement of the snow to the mysterious monastic buildings, it is clear that the designer paid great attention to detail when crafting this exquisite game world. The animation for running through the snow feels particularly gorgeous, creating a soft slushy effect and leaving trails behind you as you explore. The combination of the visuals, animations and music created a dark and ethereal atmosphere. I found that despite the noise and bustle of the convention, I was completely immersed in this fantasy world.

In terms of the gameplay, This Dead Winter takes a simplistic approach that works to its advantage. The game allows players to organically discover how the puzzles work, and new mechanics are introduced in a gentle manner which feels natural, yet suitably challenging. I particularly enjoyed the ‘dash’ ability, which allows the player to take on a fiery form to swap between braziers and avoid monsters. This contributed to the game’s ethereal, spiritual feel, and meant that the game’s puzzles felt inventive and unique.

Although This Dead Winter is still in the early stages of development, the pre-alpha demo shows great promise, making this one to watch in the future.

I have to admit that when I first approached LocoMotion, the cute toy-box art style and catchy music lulled me into a false sense of security whereby I believed that the gameplay would be easy. How wrong I was.

LocoMotion is a really well designed puzzler that rewards careful thought and forward-planning. The player must guide their train through a series of levels, solving puzzles to make their way to the exit tunnel and collecting gold bars for extra points. A variety of mechanics, such as seesaws and turntables, are introduced to increase the difficulty of the game and create more complicated levels. The player’s success is measured by the distance it takes them to reach the end of the level: a carefully-planned attempt can achieve a ‘1st class ticket’ final score, but a messier run with mistakes may result in a ‘3rd class’ result.

I was deeply impressed by the quality of the level design in this game. The puzzles were carefully planned and included a number of ‘mental traps’ that could fool hasty players. These presented a significant challenge but never felt unfair, and were introduced gradually to give players time to learn how to approach each obstacle. The ability to rotate the entire map was also a useful feature, providing greater visibility and enabling the player to view the tracks from multiple angles. Aesthetically pleasing, endearing and surprisingly challenging, LocoMotion is a satisfying and well-constructed game. The developers are currently working on new content and maps (such as space and jungle worlds), and I cannot wait to see the finished product.

There you have it: my top three indies games from Insomnia 62. The Indie Zone was a fantastic display of the wonderful talent present in the British indie game developer community, and I wish I had time to write on them all. To hear even more about the fantastic indie games that were shown at Insomnia 62, make sure to read James’ and Roshni’s articles on their top picks from the event.