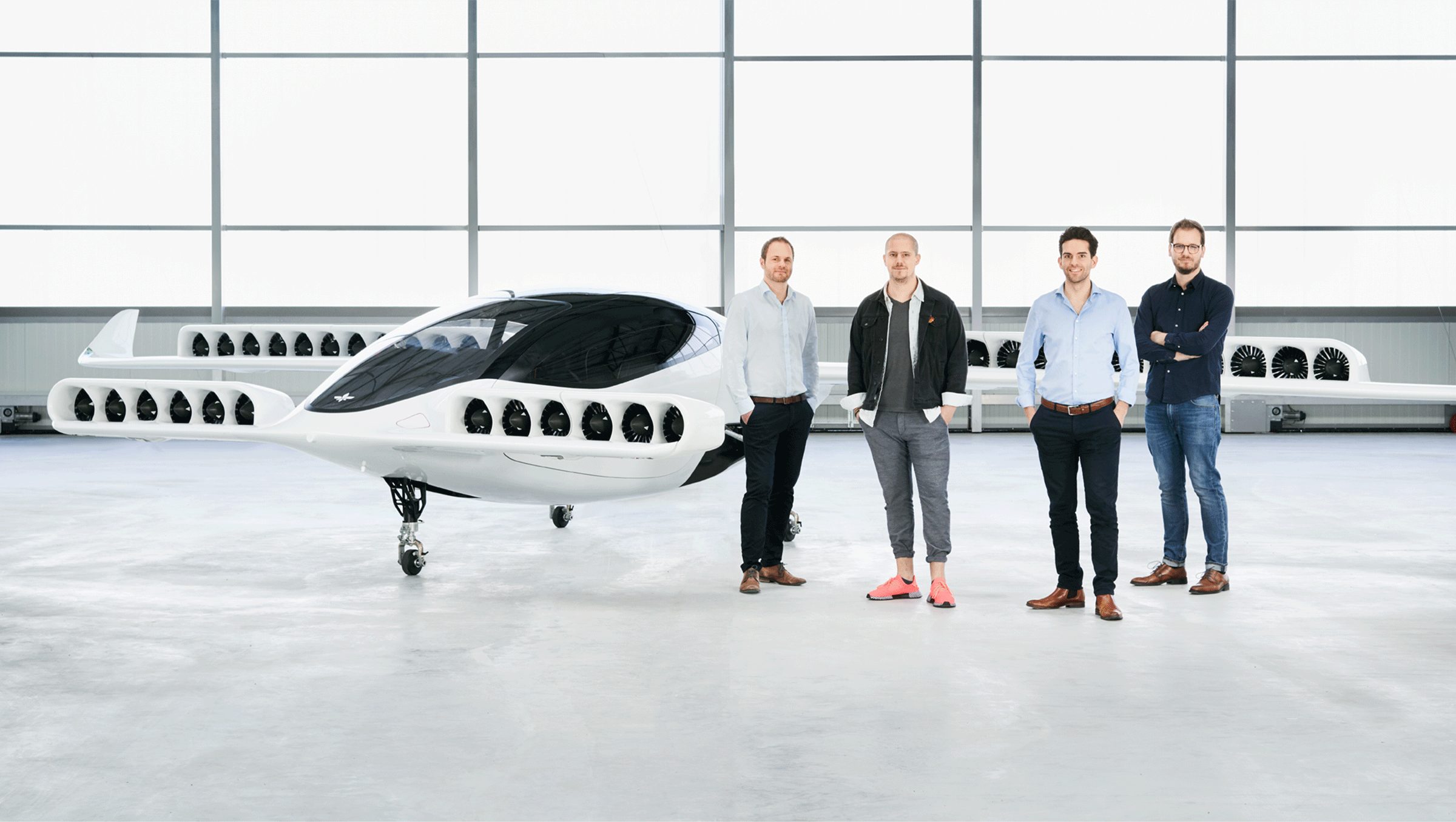 Interview: Lilium Takes To The Skies

Emily Chapman talks to Oliver Walker-Jones, Head of Communications at a company that aims to revolutionize how we get from place to place

Written by Emily Chapman
Comment Editor. Final Year English and History student. I enjoy observing, and generally lamenting, the state of the world as we know it.
Published at 11:50 on 18 March 2019
Images by Lilium

Lilium is a company, established in 2015 by four founders, that is developing vertical take-off and landing (VTOL), electric jets. I’m greeted by Oliver Walker-Jones, Lilium’s Head of Communications, and he takes me up to a room with huge glass windows, comfy chairs, sofas (and even a hammock), reflecting the effortless comfort that Lilium hope to bring to the world.

Oliver explains that the benefits of the VTOL system take away the need for a runway, and the jets are smaller and less noisy than helicopters. The technology uses 36 rotating jet engines along two sets of wings that rotate from vertical to a horizontal position during flight, which can reach speeds of around 300km/h. The jets will, eventually, operate autonomously.

What sets Lilium apart from their competitors is their focus on clean energy. ‘We’re not burning fossil fuel or carbon, we’re using electricity. And that’s really cool because it means we have zero operational emissions when we’re flying.’ When asked further about the company’s ethos, Oliver explains ‘We think developing any technology that isn’t electric today would be irresponsible. We all know there’s an issue with the environment, and we know it’s the right thing to do to reduce our carbon footprint. What we don’t want to do is to just come up with a new form of transport and for it to contribute to all the same problems that we know are damaging the environment. For us, it’s part of our ethical belief. It has to be electric-powered, it has to be emissions free because otherwise, what’s the point?’

Oliver makes it clear that the company is focusing on user experience. They plan to run the business as an airline, rather than selling the jet privately. ‘[Our] vision is to create a transport option that is democratically available to everyone. It’s not for the elite, it’s not just for anyone who can afford it, it’s for everybody. It’s a principle thing, more than anything, but the economics of it work really nicely as well. If you can share an aircraft and travel from the centre of Munich out to Munich airport, if you can do it with 5 people then it’s cheaper.’

I ask Oliver what attracted him to the company. ‘Lilium is going to change the world. Absolutely, definitely going to change the world. Urban air mobility, which is the world of air taxis, is something which people have talked about for decades and it’s appeared in all sorts of sci-fi films, so it was always a future vision which was amazing but totally incomprehensible. But something has changed in the last few years, about the technological advances particularly in battery, but also the amount of money coming into sector to support the development of aircraft.’ The Lilium jet is aerodynamically designed so that it requires no stabilising tail or steering flaps, and the electric technology negates the need for water-cooling systems or propellers.

The idea is simplicity. ‘People will be able to travel say from the centre of London to Oxford, without ever having to go on ground transportation, so if they can walk to their Lilipad – or whatever we end up calling them – and they can fly there, what you can do is a whole host of different things.’ Lilium imagine a world of greater connectivity and longer commuter distances, bringing together communities and cultures.

In terms of scale, it’s a big one. ‘We can imagine a future where there are hundreds in each city, and because we’re not just talking about cities, we’re talking about regions, maybe there are thousands. We don’t really know, and it will be subject to the market, but we will start small and we will grow big.’

Their vision extends not just across Europe, but also to global communities. ‘If we talk about Africa, and we’re connecting communities there, maybe we don’t need the train lines that come through and take away all the trees and the countryside environment, we can have a much lower impact infrastructure. There’s no reason why it can’t exist basically everywhere.’

Lilium are making huge strides with this technology very quickly, and only seem to be picking up the pace. They are confident that they will be operational in multiple cities by 2025, although I’m not given too many specifics on where there are now. ‘What we have shown last year was our flight of a two-seater prototype. So, we flew this amazing two-seater thing around our airfield here, and what we said at the time was we are now working on our 5-seater prototype. So that’s what we’re doing,’ he laughs. ‘What comes next, well, watch this space.’