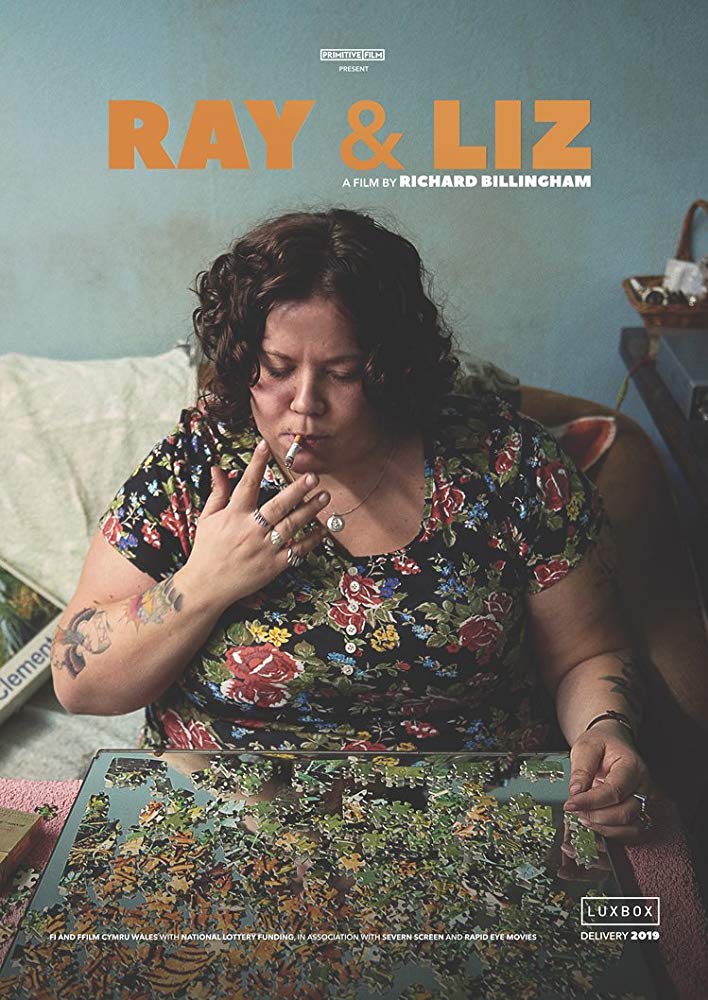 Film Critic Alex Green interviews film-maker Richard Billingham on his series of biopic films, and his BAFTA nomination for Ray and Liz

Written by Alex Green
A chemistry student, film fanatic and gamer. I tick all the geek boxes. Also loves a good waffle, whether it's the food or rambling about whatever.
Published at 07:00 on 24 January 2019
Images by Richard Billingham

Debuting directors are always intriguing, and new filmmakers with new visions entering our film airspace is interesting in and of itself. In the case of Richard Billingham, ‘interesting’ is just the beginning of his story. A man who grew up in Cradley Heath, Billingham picked up drawing in his youth  and would later turn to photography. Over 20 years of amazing work has seen him depict his home in Black Country, animals in Zoo and, most personally, his own family in his biggest work Ray’s a Laugh in 1996. His first short film, Fishtank came in 1998. After a nomination for the Turner Prize in 2000 for his photography, he now has produced his first feature film, Ray & Liz, and is nominated for the BAFTA for Outstanding Debut by a Writer, Director or Producer. A distinguished man indeed.

Funded in part by the BFI, we see the titular Billingham parents try to deal with a poverty-stricken situation in the 1980s and 1990s, while raising their sons Richard and Jason. It is a dark, grounded look at a family struggling when rejected by society, and the difficulty of raising a family despite so many demons. It is a strong debut, deserving of the nomination.

Ahead of a screening at the MAC in Birmingham on Thursday 24th January, I spoke with Billingham on the film-making process, the film itself (with mild spoilers) and the challenges he has faced in getting Ray and Liz to the big screen.

A: So, Ray & Liz is your first feature film, an impressive debut I must say. You have made two short films before this, Fishtank and Ray. And once again, the story is biographical, about your own titular parents. How did that period of your life shape you?

RB: Well, an example, I have three kids now. They’re into computer games now, I remember not having those things, so you had to look around and explore for things to do. My thing was drawing, my childhood was all about finding things.

A: How important was the BFI funding for this picture and how have they helped you to create the film?

RB: Oh, it was very important, it was impossible to make the film without it. Once they agreed a big chunk of funding everything was possible and easier.

A: What challenges did your face personally going from the short films you have made to a feature length time of 1h and 48m?
RB: The short gallery pieces were more sort of documentary pieces in the sense of the way they were shot using a video camera, whereas the film involved constructing a whole world with actors and sets and filming it. It wasn’t as difficult though as you have people around you.

A: What advantages would you say your photography experiences give you as a director?

A: Of course, with a personal film like this, I imagine the casting of Justin Salinger and Ella Smith as your mother and father was especially important. How pleased were you to secure them and how closely did you work with your casting agent, Shaheen Baig on the casting?

A: With your photographic work, your depiction of poverty is incredibly prevalent in your work. How important was this to get across in the film?

A: On a lighter note, one of the more touching elements of the film was your brother Jason’s connection to animals and his kinship with them, such as the panther and the giraffe. Do you feel this is the film’s emotional centre?

RB: I’m not sure if it was about emotion, it was one of the things, but not a core aspect. When growing up, you had to find things to do, you did go out and look at snails, it was about connecting with the natural world a lot more, I remember looking at stripy caterpillars and butterflies and birds. I went out the other day to film birds and you cannot see any! They’re not there anymore.

A: What felt interesting to me was the frequent use of stills in Ray and Liz and locked down shots with little movement. Was this a directorial choice or something you carried over from photography?

RB: It might be, but I saw The Terence Davis Trilogy, a film about his childhood, where he grew up in Liverpool and he focuses on objects and spaces and uses it to build of intensity and emotion visually, I felt that stuck in my mind when making the film.

A: What do you hope viewers will get out of the film when they see it?

RB: Well I hope people are moved and I hope the film makes them think a little bit.

A: I must ask, how did you react to the BAFTA announcement?

A: It must have been quite shocking!

RB: I wasn’t expecting it, I didn’t even think about it to be honest.

A: Do you have any plans to make any more feature films, biographical or not?

RB: Yes, I do want to make one! I really want to build on this experience and continue with it.

A: Finally, what advice would you give to aspiring artists, whether photographers or filmmakers?

RB: You have to do it every day, you have to, whether it’s to take pictures or write. If you do it long enough, you can accomplish a lot. It can’t be a hobby.

A: It’s something you have to work at.

RB: Yes. I don’t think people are born with talent, it is developed.

He certainly has worked at it, and certainly has accomplished a lot. Ray and Liz feels like a great debut for Billingham, an incredibly grounded an upfront picture of his youth, and with more feature films in his future, we could be seeing more greatness on the horizon.