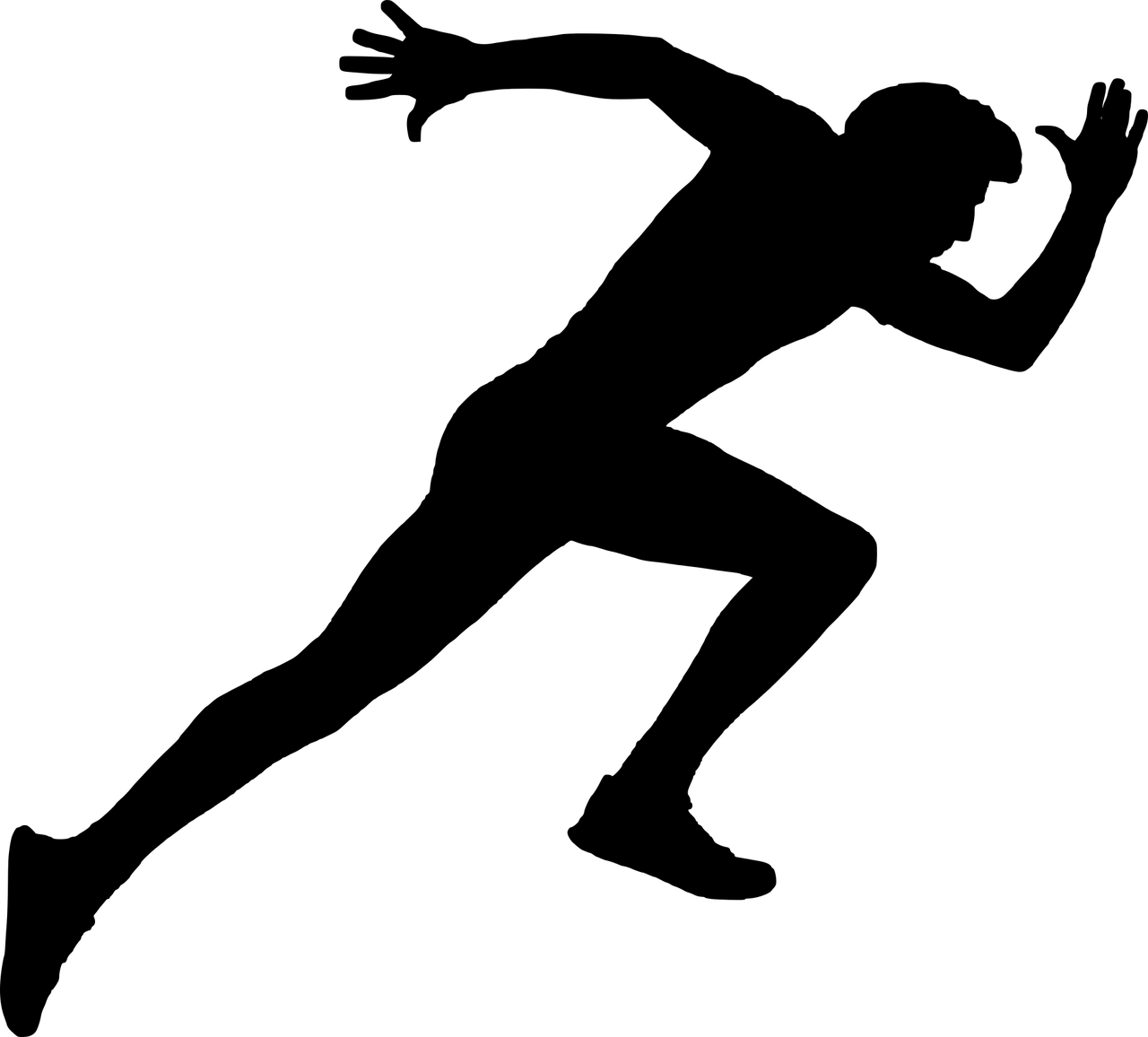 Keeping Up: An Introduction To Speedrunning

Gaming Writer Kieren Platts gives an introductory look into the world of speedrunning, from its history to the GDQ charity and in between

Have you ever beaten a game in one sitting? If you follow the games community even a little, there’s a chance that you’ll have heard of speedrunning before – you may even have seen a couple of videos. In the 2010s, speedrunning properly found its audience, and its likely you’ll be seeing a lot more of it in the near-future. So, what is speedrunning? Why should you care? This is a beginner’s guide to one of the newest competitive scenes humanity has produced. And there’s something in it for everyone.

Everybody on planet Earth should be familiar with the concept of the high score, and perhaps have even heard of some of the competitions in the 80s and 90s. Arcade machines like Pac-Man and Donkey Kong were perfect contenders for kids, teenagers and adults to try set the record for the most points scored in a single game, for that specific arcade cabinet, in their specific arcade. However, as players began to seek the world record, it became apparent that high scores in games like Pac-Man and Donkey Kong weren’t potentially infinite. Without getting too technical, Pac-Man has a highest possible score of 3,333,360 points before the game corrupts and becomes unplayable. When you have an arbitrary limit like this, the competition moves from being about who can score the most points, to who can reach the limit the fastest. In other words: a race. And as games have moved away from high score systems, the race becomes about reaching the ending as quickly as possible.

This is the essence of speedrunning; beating a game faster than it has ever been beaten before. A game like Ocarina of Time can take a player around thirty hours to beat, perhaps twenty if they know what they’re doing. The world record, however, for speedrunners comes down to about ten minutes. If this sounds impossible then welcome to the world of speedrunning, where the world records, the strategies to obtain them, and the players’ journeys are stranger than you would’ve guessed. But far be it from a lonesome activity, with adults with no lives sitting in their basements playing the same level over and over again. Speedrunning is a vibrant, community-driven hobby that is constantly growing in participation and audience sizes. The 2010s saw speedrunning boom in popularity, and in 2020 we see no sign of it slowing down.

Speedrunning is massive, and has existed for as long as players have been able to share their times with each other across the internet, so naturally it all began with Doom by id Software. Doom featured a keylogging system, which allowed players to record their inputs and play these files back as demos in real time, similar to a piano roll.  Combine this with growing community of the internet, and players naturally competed for the best times, their playbacks serving as visual proof of the run. A series of websites began documenting the fastest completion times for each level, featuring leaderboards and challenges.

Quake released in 1996, based on Doom‘s gameplay and engine capabilities. Of course, the demo playback feature remained intact. Quake quickly built up its own speedrunning scene, divided by ‘runs,’ getting to the end of each level as quickly as possible, and ‘100% demos’ in which players killed every enemy and uncovered all secrets on the map as fast as possible. In 1997, Quake done Quick was launched: a project that stitched together all of the fastest runs for each level into a full-game speedrun. The final time was 0:19:49, but would subsequently be beaten that same year to 0:16:35. The competitive scene, as it turned out, had only just started.

Classic games became a natural fit for speedrunning, and players combined their efforts over the brand new internet to challenge and protect their world records. Super Mario Kart and Mario Kart 64 became natural fits, to get the fastest lap and the fastest three-lap records, in combination with shortcuts that would be more accurately described as glitches. The original four Super Mario games became fierce competition, and Super Mario 64 has gone on to be the most run games of all time with 2,922 players – until Super Mario Odyssey came along with 2,931. Metroid with its in-game timer and its reward systems based on that time has propelled almost every game in the series into speedrunning hall of fame. The Legend of Zelda: Ocarina of Time became extremely popular to run almost as soon as it was released, and A Link to the Past is currently the most speedrun Zelda game at 1,533 total players at time of writing. Other extremely popular games include Portal, Celeste, Mario Kart Wii, Resident Evil 2 (2019), Super Mario Sunshine, Super Metroid and Undertale.

How Do The Runs Work?

The Twin Galaxies website, the antique authority on arcade world records, used to be the prime location for speedruns to be submitted, verified, and accepted onto the online leaderboards. Twin Galaxies also had a strict ‘no glitches’ rule, which must be adhered to in order for your run to be legitimate. However, as players aspired to push the times down on their favourite games, this restriction seemed arbitrary. To the uninitiated, glitches are seen as ‘cheating’ and ‘breaking the game.’ Apart from the fact that game-time could objectively go lower using these glitches, it’s difficult to even define what and what isn’t a glitch in the first place. Take Castlevania, for example, where if the player deals damage to an enemy on the same frame that they themselves take damage, the damage they dealt will double. A useful timesaver, requiring a lot of skill to pull off, that exists purely because of how the game’s code runs. Was it intentional? More to the point, if you showed this effect to the original designers, would they remove it from the game? Are players having more fun with this effect than without? Either way, the game’s time could be taken down using nothing but what was programmed in the game, and so speedrunners ignored Twin Galaxies and set up their own rules on their own websites. Twin Galaxies’ reign was no more.

Of course, glitching your way to the end credits in Ocarina of Time, for example, is a fun world record to pull off, but has the sad side-effect of missing out on almost everything the game has to offer. This is where categories come in. ‘Any%.’ generally means players are able to used anything and everything in the game to their advantages, including glitches, skips, warps, and in some cases are even allowed to restart their console to save on backtracking. ‘Glitchless’ is what is sounds like, tailored to each game and its specific quirks, but essentially means: “Only using techniques intended by the developers”. The techniques allowed varies on a game to game basis. ‘100%’ is a category that requires the player to complete everything that the game makes available. In Ocarina of Time, this requires the player to collect every item, complete every dungeon, and complete every sidequest. In Super Mario World, 100% means clearing ‘every intended level exit.’ Every game has its own categories, its own rulesets, and its own variety of speedrun world records to compete in. In the case of Mike Tyson’s Punch Out, one of the categories even requires a blindfold.

This has the added effect, of course, of drastic changes to runs. The Legend of Zelda: Wind Waker, for example, found the holy grail of glitch skips in 2017: Barrier Skip. The skip allows for players to cut out around three hours of game content, and skip straight to the final area of the game. In November 2019, Majora’s Mask, released in 2000, finally saw the dream skip discovered, ‘moon warp.’ Players from all walks of life band together to find brand new tricks and routes to save anywhere from three hours to a tenth of a second, and new strategies are being worked out all the time. The community is driven by three things: 1. The world record. 2. To see just how low the time can go, and 3. The group of friends working on the same puzzles.

Speedrunning today comes in many forms. Typically, runners now stream their attempts on Twitch or other platforms, and so since 2010, the audience and the participation has grown far beyond the Yahoo email groups of 1996. Speedrun races are popular events, where players of similar skill levels beat the same game as fast as they can alongside each other. This discourages resetting the run, and being extraordinarily crafty with how a player recovers from errors or bad luck. More to the point, it also removes the chase for the world record, and pits together anybody and everybody, whether this is their first time seeing the game they’re running, or the ten-thousandth time. World Record Progression Videos, such as Summoningsalt on YouTube, are increasingly popular, pulling in millions of views documenting the history of these world records, with a lo-fi, nostalgic quality, explained to a relatively casual audience.

The Tool-Assisted Speedrun (TAS) community also is worth mentioning, where the aim is to manually input controls on every individual frame of a game’s run, to create a theoretically perfect playthrough – impossible for humans to achieve (or so we think). The TAS community is generally separate from the regular speedrun community, but will regularly join forces to work out new techniques to save time. Occasionally, methods previously thought to be impossible for humans to pull off, get pulled off by a human anyway, and it’s thanks to TASers. But, far and away, the most popular display of speedrunning? It’s got to be GDQ.

GDQ (Games Done Quick) began as Classic Games Done Quick in 2010, under humble circumstances. Speedrunners wanted to hold a marathon of various eight-bit and 16-bit games, accepting online donations and sponsorships to raise money for charity. The event was going to take place as part of Magfest. However, the hotel that the event was scheduled to take place at underwent various internet connection issues, and the event relocated to administrator Mike Uyama’s mother’s basement. Despite the issues, CGDQ raised over $10,000 from its audience. The event became Awesome Games Done Quick and Summer Games done Quick, and was now held bi-annually from 2011 onwards, incorporating all types of games, more runners, more categories, more charities, more events, more room, and now extends to a full week of speedrun marathons. In 2014, the first GDQ event to raise over $1 million took place, followed by $2 million in 2017 – as well as $1 million within a single day. AGDQ 2020 ran just last month from January 5-12, and raised $3,162,864 by its final event, Super Metroid Impossible. Over $25.6 million has been raised over the last ten years at GDQ events, for various charities including Prevent Cancer and Doctors Without Borders, as well as special events for the 2011 Tohoku earthquake, and Hurricane Harvey in 2017. GDQ now has over 2000 attendees per event, with online live viewership from anywhere between 50,000 to 230,000.

A World To Explore

The world of speedrunning is so huge, the community so big, and the records so daunting, that it can be intimidating to get involved. One thing that stands, however, is the friendliness of the community. There are no celebrities, no scandals, and certainly nobody trying to discourage you from picking up the hobby. Beating games as fast as humanly possible is just the newest form of racing that we take part in, and the sport of computer games has only just begun to be explored. Whether you’re watching a Summoningsalt video at 2am, or you’re having a go at beating your own personal best on Rainbow Road, speedrunning really is for everyone, whether you care about computer games or not. A spectator sport at its finest, combining the two most human things in the world: pushing our technology to its absolute limits, and seeing people do stuff really, really, really fast.

Check out some more features from Redbrick Gaming below: