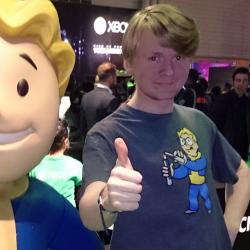 Samuel Willetts
Published at 09:00 on 3 June 2018
Images by IO Interactive

Hitman developer, IO Interactive, has announced that the “next Hitman game” is officially in development.

In a blog post on the developer’s website, celebrating the release of HITMAN: Game of the Year Edition, IO Interactive CEO Hakan Abrak writes:

“One last thing about our next Hitman game; I want to let you know that we’re making great progress and we have exciting new features and some franchise firsts, which we can’t wait to tell you all about. You’ll have to wait a little longer as we don’t plan to start talking about that until some point in 2018.”

Whether “next Hitman game” means a wholly new entry for the series or a new season for HITMAN (2016) is unclear. However, it is likely that IO Interactive’s plans to release three seasons for HITMAN (2016) have been abandoned following their sudden and unexpected split from former parent company Square Enix. Regardless, HITMAN (2016) has laid a strong foundation for the developers to build on, with the game accruing “7 million players” and growing.

Hopefully, IO-Interactive will address some of the issues that stemmed from HITMAN (2016)’s online requirements, such as save game incompatibility issues that resulted in a loss of player progress.

Another potential improvement could see some of the series’ classic missions, such as Hitman: Blood Money’s, ‘A New Life’, be remade and included as playable options in the new title. In conjunction with the contracts feature in HITMAN (2016), these missions could receive a new breath of life.

HITMAN: Game of the Year Edition is available now for PC, PlayStation 4, and Xbox One.