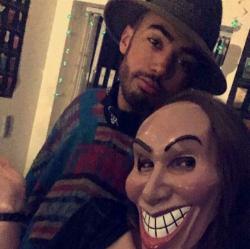 Kieren Williams
A degree that's Lara Croft, a blog that's way too personal, a penchant for raising cain and an inability to shut up (ask my kickboxing coach)
Published at 09:00 on 30 April 2018

The day began with bleary eyes and half-asleep, murmured greetings. It ended with elation, screaming and cheers.

The University National Kickboxing Championships, held once a year in March all the way up at Leeds, which meant a very early morning and a very long drive for our kickboxing society. Our nine plucky competitors and as many supporters took the early morning drive along with our coach Dave. There’s little to say on the journey up, it was a standard journey to a competition, some people slept, others blared music, there was an underlying tension and nerves to it all, we almost missed our exit on the motorway. Standard stuff really.

Once there, UoB’s first lot of competitors were up at 11am, this was our light and middleweight beginner males – Ian Redington and Jas Burton respectively and our middleweight intermediate president, Bradley Amos. I won’t say the nerves were palpable, or that you could cut the tension with a spoon because if you’ve ever stepped onto a mat to kick someone else in the face repeatedly and get kicked you’ll know neither of those clichés come remotely close to it. A kickboxing fight is simple, punches are worth one point, kicks to the body two and to the head three. It’s made of two rounds of one and a half minutes and if it’s still a draw after that then it goes to a third deciding round.

Looking to our middle and lightweight males first, Ian Redington was up, the first fight in his division. Both fighters had warmed up for the start and both fought well. Ian’s opponent introduced some questionable tactics of locking his head in and slamming in body shots and kicking at the legs – both definitely not allowed. But Ian remained sharp, darting in and out with his attacks, keeping them strong and fast. After two rounds, it was judged a draw. Ian returned to his corner and his coach, the thirty seconds seem to pass in a snap when you’re out fighting, and quicker than that, they were back out again. The one minute thirty passed and the judges were forced to make a decision, both fighters had fought well, the crowd seemed to be edging towards Redington who had effectively targeted his opponent’s head with a fast jab throughout and dealt well with the pressure of fighting first in the competition. One vote for Ian and two for his opponent. Ian had lost, Dave – the coach– complained the decision but the refs had made their choice and weren’t going back. Despite fighting hard and fighting well, Redington lost.

Jas Burton was up next, hours in the gym had set Jas in good stead for this, he absorbed the volley of blows his opponent threw at him and returned them in kind, just a tad harder. UoB watched on as the two fighters of similar build went back and forth, through the two rounds. Then judges made their decision, Jas had won. The cheering began here and it didn’t stop until late that night – to put this in a bit of context, UoB kickboxing is a young society – not a sports club, a society – it’s gotten where it has through dogged hard work and determination. At our first competition last year, a single fight was won, this year things were going to be different. Jas’ next fight came around quickly as the losers in his category fell to the wayside. This fight was tougher and the strain showed on both fighters in the blood and sweat, after the two rounds it was judged to go to a third. Later Jas would be awarded a special trophy by his coach for pushing through, pushing through exhaustion and pain and every single wall in his way. In that final round, he really was a warrior.

He also punched the other guy bloody and won.

More cheering and elation saw him through to his next fight, the semi-final of his category. They say there’s no rest for the wicked, well apparently there’s no rest for the lawful good as well. His turn around was immediate and before he knew it he was back out on the mat, blood wiped away and head guard sorted (it kept slipping around, it was making me really mad) he was back out there. The fight was reminiscent of two rather small giants slogging it out, a large crowd gathered to see them and I sacrificed my handkerchief to a bleeding Burton. He fought fantastically and his opponent didn’t leave unscathed but at the end of two rounds was granted the victory, ending the brilliant run of Burton in this year’s nationals.

With these two UoB opened their competition at Leeds and set a clear marker that things were looking up from last year and things certainly only got better from here in for UoB.