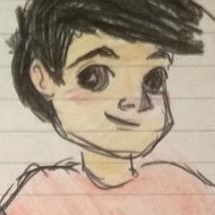 Stefan Pace
Third year English and American Literature student. Writer for the Film and TV sections.
Published at 13:58 on 25 October 2014

Xavier Dolan’s Laurence, Anyways (2012) weaves its narrative threads cohesively into a sombre exploration of love, society and transgender life. Grounded firmly in a realistic setting with occasional moments that venture into the surreal, Laurence, Anyways offers a distinctly intricate navigation of the struggle of protagonist Laurence Alia. Offering an insight into family, workplace, relationship and friendship struggles that arise with such an important transition; Dolan’s vision and understanding of the subject is tactful and emotionally impactful; managing to resonate with even the most misinformed of viewers.

Laurence Anyways demands a lot from its audience; the narrative is firmly bound to its non-linear structure that can disorient viewers, if only momentarily. On top of this, the nuances of the intricate and emotionally devastating narrative require a great deal of empathy from the audience; complicated by the desires of characters and the moral ambiguities that arise out of them.

Our understandings of each characters desires and thought processes shifts as the film progresses; no character is effectively demonised for their point of view. Dolan’s skill as a film-maker ensures we understand and respect the complex variety of ways people approach Laurence’s transition, none more so than his partner Fred; forced to deal with her understandings both of love and of Laurence during her transition. Whilst you inescapably align yourself with Laurence’s struggle, Dolan never once shies away from showing oppositions to it in very personal, and importantly, understandable ways. Xavier Dolan’s storytelling is consistently and emphatically human and real.

Devastatingly beautiful, Laurence Anyways is filmed exceptionally; full of visual flair and a distinct directorial style that lends the movie a sense of grace and precision in every single scene. Elements of the surreal are combined with the often deadly serious handling of transgender issues and life. Sequences are often almost dream-like in their composition; with a party scene (reminiscent of the dream sequence in The Big Lebowski) and a later scene involving a metaphorical cascade of water over Fred. These scenes are strikingly distinct from any other scene, but cohesively slide into the narrative as moments to pause and reflect for both the audience and the characters.

Sporadic moments of tightly scripted humour effectively break up the overt seriousness of the subject matter alongside the breathtakingly beautiful cinematography, softening the 161 minute run-time and making it feel slightly more manageable. The performances, similarly, are incredibly strong. Emotions are conveyed with such powerful conviction they feel almost impeccably realistic; the lines between actor and character often blend beyond the point of recognition.

The only real factor that detracts from the overall effectiveness of Laurence Anyways is the duration. Whilst not record-breakingly long, the film ends up feeling longer than it needs to as a result of slow narrative progression and attention to detail; not a bad thing in itself, but the film still feels noticeably long. That said, you’d be hard pressed to suggest something to remove from the film; everything feels integral to the narrative and the length also succeeds in reflecting the arduous nature of transgender transitions. To remove anything in the name of succinctness, or in an attempt to improve the entertainment quality would ultimately be a disservice to the narrative. Whilst not immediately accessible to everyone, Laurence Anyways repeatedly proves itself as a masterful creation with an important narrative worthy of your time.

Nine out of Ten

Laurence Anyways was shown as part of FilmSoc. Film available to rent from FilmSoc’s extensive library of films.