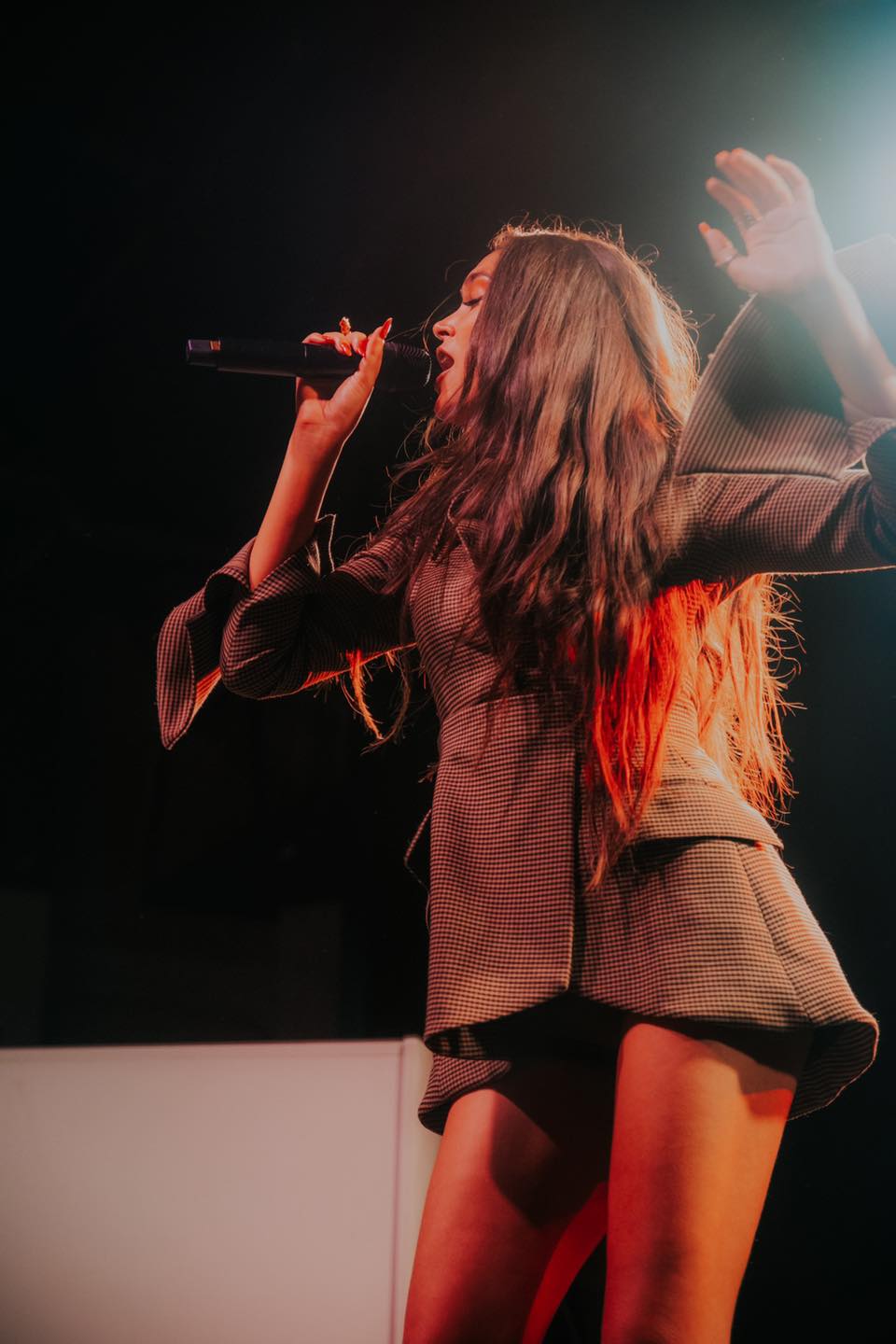 Music Critic Beatrice Lancet reviews Joy Crookes’ live show in Birmingham, highlighting her talent and the togetherness in the crowd

Written by Beatrice Lancet
Published at 11:00 on 29 November 2021
Images by @joycrookes on Facebook

The queue outside the O2 Institute stretched and swerved across, a mass of people talking excitedly and loudly to their friends, pulling jackets around them, and peering across curiously. Despite the cold and even before entering the venue, there was a real air of expectation, as everyone waited to see the up-and-coming talent of the soulful Joy Crookes, whose voice has been sneaking into our playlists ever since the recent release of her album Skin.

Inside the venue, voices echoed across the hall and as the waiting started, a delighted cry of her affectionate nickname ‘Crooksie’ began until the lights went down, and the drums started the recognisable rhythms of her track ‘I Don’t Mind.’

Joy Crookes certainly has a flair for drama and style, and the crowd went wild hearing the opening lines. Despite some technical difficulties meaning that she had to restart the song, it was her down-to-earth reaction and her clear connection to the audience that stood out to me as I watched everyone erupt to sing the infectious chorus, ‘I don’t mind if you don’t mind.’ She danced along, looking entirely at ease at being on stage before launching into her songs ‘Trouble’ and ‘Wild Jasmine,’ which are two of my favourites from her new album.

The energy of the crowd strengthened the songs as they became backing vocals for her powerful expressive voice. She sang through some of the strongest songs from her album, which show her range of vocals and song styles which she incorporates, some of which could have had smoother transitions into each other; however, it was the joy of her music that seeped through each song. The intensity of the bass shook through the venue and through the bodies of everyone singing along. Interestingly compared to many artists, the stage was set up very simply, with a white sheet behind her and her four backing musicians on stage, allowing the focus to be on the music and Joy Crookes’ vocals.

For an artist who told NME in March 2020 that she sees her music as ‘a celebration. It’s unification,’ her song ‘London Mine’ released in 2019 encompasses all of those ideas. Speaking to the audience she laughed that she was not going to change the track to ‘Birmingham Mine’ (perhaps too many syllables) but that the multicultural community looking up at her seems to show her the same beauty that she sees in London streets.  Standing amongst the crowd, I could feel this togetherness, especially as someone reached over and handed Joy Crookes a bunch of flowers.

Her song ‘Power,’ which is charged with political undertones, reached an intense climax as the drums joined in and the flashing white lights increased in intensity. This amplified instrumentation compared to her recorded version felt even stronger, with the lights, the music and her voice joining together to create a spectacle which was emotive and full of passion.

The highlight of the night was her rendition of ‘Feet Don’t Fail Me Now,’ her ridiculously catchy jazz infused song written to reflect upon protest movements. As the bass line started, the crowd excitedly picked up their phones up to record the song and her performance gained from the energy the audience poured into singing along with her as she walked across the stage, interacting with the mass of voices.

Finishing her first UK album tour, she sang two encore songs. ‘Skin’ saw her sit at the piano alone onstage and pour her heart out into a moving emotive ballad, before she launched into ‘When You Were Mine’ a soulful, optimistic conclusion to the show. Walking out of the venue and into the November cold, I could not, not smile.