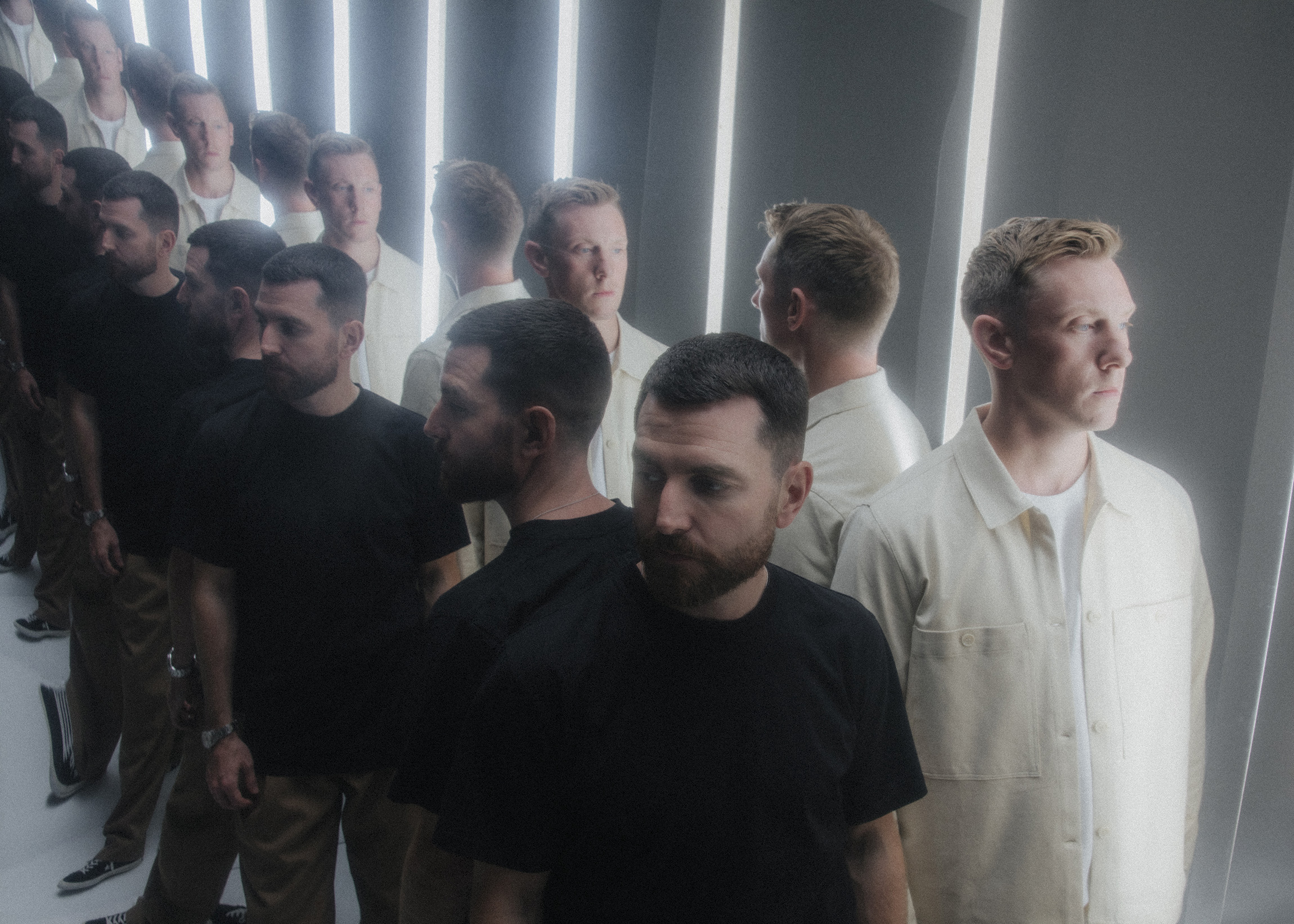 Written by Cameron Milner
Published at 12:30 on 7 March 2021
Images by Dan Medhurst

Following the success of second full length LP Isles, which reached number two in the UK Charts  in January, Belfast house duo Bicep collaborated with visual artist Black Box Echo in order to bring a special livestream event from London’s Saatchi Gallery. As well as featuring a setlist drawn heavily from Isles and other standout tracks from their back catalogue, Bicep promised that the evening would feature reworked versions of songs which they had ‘spent three months rewriting.’ Whilst initially striking me as a strange decision, seeing as many of the tracks  from Isles had never been played before even in their original forms, the reworked, more techno leaning cuts helped to give the stream a more assertive and club friendly tone.

During the event, tracks such as ‘Cazenove’ were expanded from their ambient origins and taken to new, fleshed out forms intended to take viewers back to nights out in the increasingly distant pre-covid world. This is not to say however that the restraint and simplicity that lies at the  core of Bicep’s sound was cut away altogether. On the contrary, the stream signalled the duo’s talent in being able to create luscious, reserved and textured soundscapes, like opener ‘Lido,’ and then seamlessly transition them into more high energy, up-tempo tracks such as ‘Apricots.’

Huge credit must be also given to Black Box Echo, whose work elevated the stream from a simple showcase of the duo’s live mixing talent into a multi-faceted and engaging live event. Coupled with unpredictable camera work which often syncopated with the booming bass, the stream’s visuals drew heavily from trance imagery, with splashes of greens, yellows and purples frequently cutting across the screen. The visuals shifted with each new track and became increasingly frantic in the more explosive portions of the set, such as the crescendo of  ‘Sundial’ which saw exotic vocal samples paired with stunning visual stimulation.

The art design also succeeded during the evening’s more low-key moments, whether it was to complement the cool breeze of Clara La San’s vocals on ‘X’ with a pulsating image of a twirling bicep, or a hypnotic retro inspired spherical field which cemented ‘You’ as a standout  moment. Admittedly, the setlist itself brought few surprises, albeit the inclusion of two bonus tracks from Isles, ‘Meli’ and ‘Sienna.’ Each track was executed with precision and the more well-known cuts such as ‘Glue’ were teased with just enough drama in order to build up a wall of suspense. This being said, there were moments in the more laid-back segments of the set that flirted with monotony and suggested that some of the duo’s more crowd friendly tracks like ‘Rain’ or ‘Just’ may have made for better inclusions on the setlist.

Nevertheless, the stream’s encore, featuring the 1-2-3 punch of ‘Glue,’ ‘Apricots’ and ‘Aura’ finished the set on a high, with the excellent build into ‘Aura’ taking home the award for best transition of the evening. Furthermore, the finale’s swelling synths rising high into the mix as the duo worked, clad in black from head to toe juxtaposed against the brilliant white walls of the gallery, was the goosebumps moment of the 13 song, 90-minute event. The visuals in this section were equally excellent, as they brought the livestream full circle through the reintroduction of flashing pictures of other locations within the gallery that were teased within stream’s intro.

Ultimately, whilst there were times during the set where the more relaxed moments should have been trimmed down, the stream saw Bicep perform with expert precision in unison with an art design that raised the event to another level. Whilst incomparable to any in person event, Bicep did very little wrong and forged a hypnotic experience that surely left all viewers eagerly anticipating the return of live music. A future live Bicep show, whenever it may happen, should not be missed.