A Look at oSTEM: Out as LGBT+ in Science, Technology, Engineering and Mathematics.

Tatiana Zhelezniakova looks into oSTEM, an exciting initiative created to connect the LGBT and scientific communities 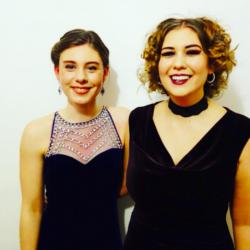 Living in a Western country like the UK, it’s easy to consider ourselves a progressive society, accepting of minority groups. Historical comparisons of attitude and the legal system show an often positive evolution – for example, in the Lesbian, Gay, Bisexual or Transgender (LGBT+) community. From marriage to age of consent, same-sex adoption and illegal discrimination, the rights for the hetero- and homosexual people are equal… on paper.

Unfortunately, in real life situations, there is a distinct imbalance to the detriment of the LGBT+ community members. This is particularly palpable in STEM (Science, Technology, Engineering and Mathematics) subjects at university and in the workplace. STEM subjects are notoriously difficult both to get into and to study, and the extra stress of being LGBT+ has a pernicious effect on the students’ mental health. In addition to that, many of the STEM fields are still dominated by a cis male demographic, often making it harder for people who don’t fit the mould to continue in these fields.

There is an obvious gap in support offered to LGBT+ students, which was discovered by the founding members of oSTEM, which led to the establishment of the society in 2005 in the USA. The University of Birmingham is only the UK’s second oSTEM chapter (after Glasgow), and was officially set up in October 2015 by Kitty, a physics student. This association aims to provide a safe space for students to meet and discuss challenges they are facing, host speakers from relevant fields to encourage students to persevere in their studies and show them the careers they can build. They are closely linked with women in STEM, as there are many issues these groups have in common.

While the university provides welfare tutors, they’re poorly prepared to deal with LGBT issues. “My tutor didn’t even know what LGBT stood for” – says Jade, the chair of Birmingham’s oSTEM chapter. It is not to say that there is no attempt by the university to tackle this, but the lecturers, particularly of the older generation, find it difficult to adapt to what they consider an “overly political-correct” atmosphere. Many start a sentence, only to cut themselves off with “but we’re not meant to say this anymore”. This kind of attitude promotes feelings of embarrassment, and belittles problems LGBT students face. It’s been proven time and time again that language is the first frontier of prejudice, and this is often demonstrated in the quotidian life of minority students.

Despite this, there are positive changes are occurring every day – there is a continuing effort by the university to look into LGBT+ discrimination on campus, there have been recent introductions of gender-neutral toilets, and there are more and more popular events on campus aimed at LGBT+ students. Most of all, increasingly these students are speaking out and making their presence known. The world may be looking bleak, but there are bright young people who are constantly striving to make a difference.