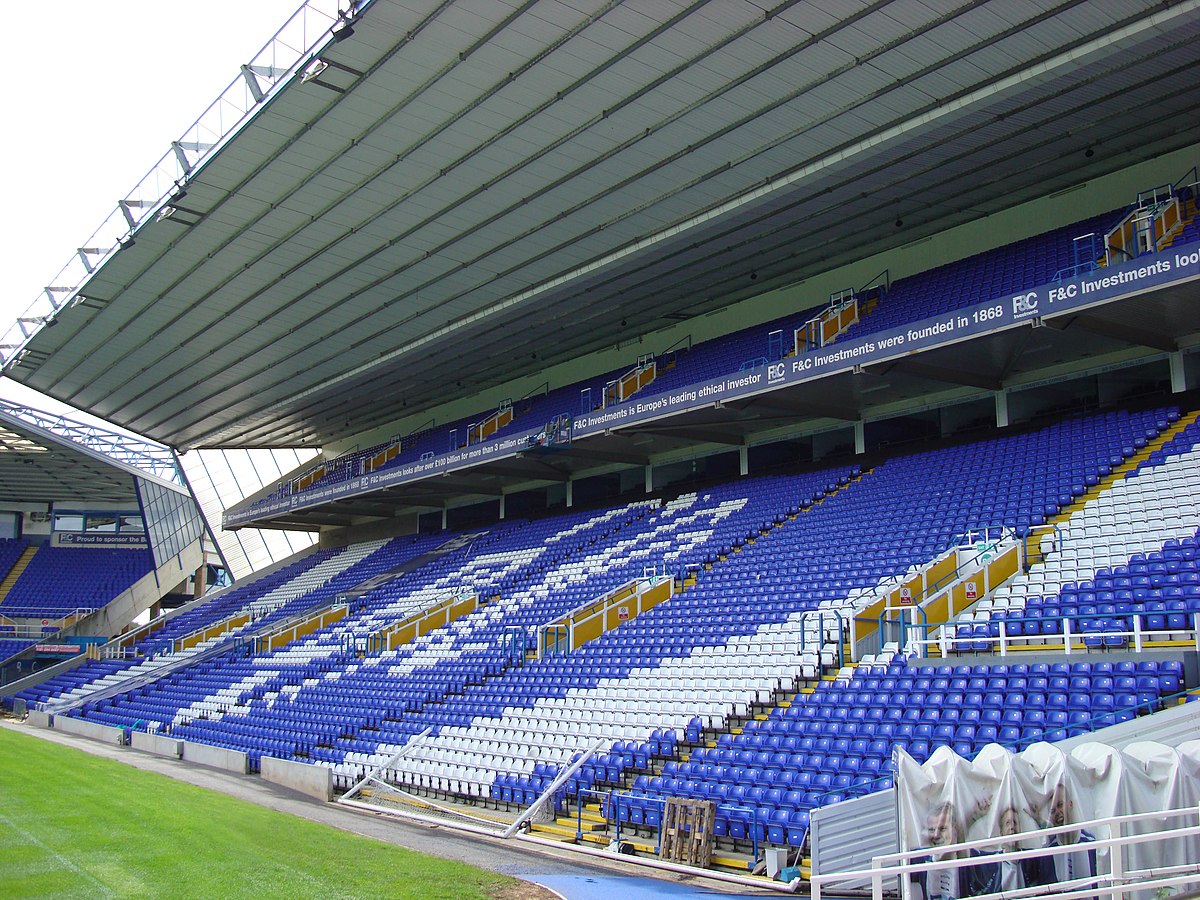 Sport writers Harry Shersby-Wignall and Andy Brennan report from St. Andrew’s, as Birmingham left it late to end their winless run against Huddersfield

Harry Shersby-Wignall and Andy Brennan
Published at 10:00 on 3 November 2020
Images by Wikimedia Commons/fitzyt

Birmingham City finally managed to break their spell of six winless games as a late strike from substitute Lukas Jutkiewicz saw them earn a 2-1 victory against visitors Huddersfield Town at St. Andrew’s.

The Blues immediately retreated into a regimented 4-5-1 formation as they started tentatively. Huddersfield took control of possession for large swathes of the game, which saw them repeatedly probe the low-lying Birmingham defence for openings. This clearly suited Aitor Karanka’s men, as they were happy to sit back and soak the Huddersfield pressure. Birmingham showed glimpses of dangerous counter-attacking prowess, with winger Iván Sánchez looking particularly handy for the hosts as they periodically broke with the ball. He fed striker Scott Hogan midway through the first half, but his finishing was indicative of a striker low on confidence. However, Karanka’s tactics worked well, as despite some bright spells from Huddersfield forward Fraizer Campbell, it was the Birmingham set-pieces that looked most likely to produce a goal and so it proved. Jeremie Bela’s pinpoint 26th-minute free-kick found Gary Gardner, who rose highest and looped the ball over Ben Hamer into the far corner.

The opener did little to deter the visitors, whose unrelenting pressure seemed destined to result in an equaliser. Amazingly, though, it was Birmingham who were on the verge of doubling their lead as set-piece specialist Bela very nearly proved instrumental again when his 25-yard free-kick crashed against the Huddersfield post. Richard Stearman then prevented a second Birmingham goal as he managed to scramble George Friend’s follow-up off the line.

The half-time interval did little to change the momentum of the game, as the second-half still saw the visitors with the lion’s share of possession. Huddersfield’s onslaught of attacks very nearly rewarded them with a goal just before the hour mark, when Josh Koroma danced his way into the left-hand side of the Birmingham box and unleashed a thunderous effort which left the Birmingham woodwork and defence quaking. Birmingham clearly felt rattled by the Terriers’ onslaught, but managed to hold onto their lead. The Yorkshire side began to grow increasingly frustrated and looked to be completely out of ideas until substitute Isaac Mbenza scored only his second goal for the club when he delightfully curled a free-kick from the edge of the Birmingham penalty area into the top corner.

All looked to be said and done until Jutkiewicz broke with the ball and found Jonathan Leko, who blasted a shot against the Huddersfield crossbar. Luckily for the Blues, the ball fell right back to Jutkiewicz and he slotted home coolly to award Birmingham their first win since the opening day as they leapt above Huddersfield into 15th place.

Karanka was full of praise for his side’s desire to find the winner despite being pegged back late on. Speaking to the media after the game, he said; ‘we have shown real character as a team. We have 11 fighters on the pitch and you know the three substitutions are going to be another three fighters.’ He was also impressed with the team’s defensive capabilities – an aspect which has been dramatically improved from last season: ‘we kept our organisation in the second half and I don’t remember many chances for them.’

With the Blues following up this win through another hard-fought 2-1 away victory at Preston North End on Saturday, they will be hoping they have created a platform for themselves to build on and to put a run together, sitting only two points off the play-offs.

The club’s recruitment has so far proved fruitful, with Spanish international Mikel San Jose and fellow compatriot Ivan Sanchez looking to be bargains, having been brought in on free transfers. Karanka was promised he would be given time to build a ‘three-year project’ by the board, at a club which recently has had no problem pulling the trigger on previous managers. A promising start to life in the Midlands has excited Birmingham fans, but there is still work to be done.