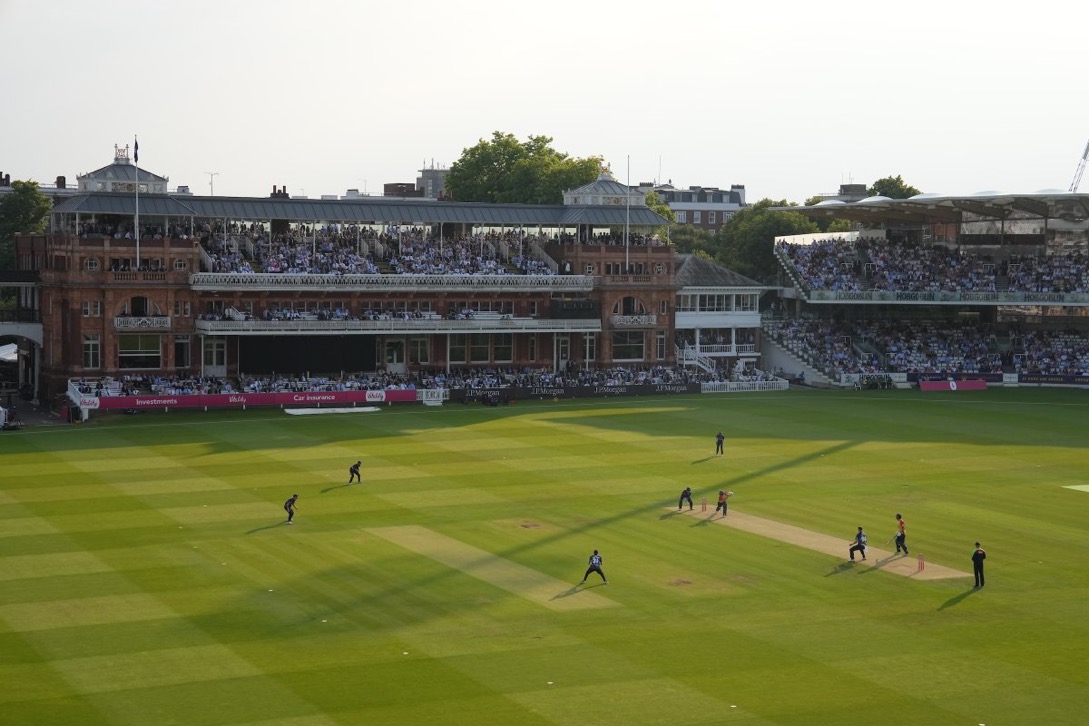 Written by Oscar Frost
Hi! I'm Oscar, and I'm one of the sports editors for the coming year.
Published at 09:00 on 27 June 2022
Images by Twitter/@HomeOfCricket

With Middlesex already too far down the table for a quarter-final run, they were playing for pure pride at home to the Essex Eagles. The shortcomings of the Middlesex batting lineup came to fruition again, however, as the Eagles cruised through to take the victory in this match. With a stronger looking side both on paper and on the day, this result was a reflection of both sides’ forms over the competition so far.

A great knock from Dan Lawrence, with a fantastic catch to boot, made him a standout figure in this fixture. With his half century coming from 32 balls, his was a timely knock with the departure of the top order for limited runs. It was the Essex bowling attack that made the difference, however, as Middlesex struggled to get a foothold in the second inning after a slow start. Ultimately, Essex Eagles won by 21 runs to take two points.

After electing to bowl first, Middlesex came out firing. Toby Greatwood took the wicket of Feroze Khushi in the second over, taking a wicket on his debut at Lord’s. After early pressure from Greatwood and Jason Behrendorff, it was Martin Andersson who released the valve. Going for sixteen runs from his first over, the momentum swung away from the home side. Despite leaking these runs, Behrendorff took a well-earned wicket as he bowled a nigh-on unplayable ball that trapped Adam Rossington. The umpire raised his finger for LBW, but then came Dan Lawrence. It seemed that Lawrence’s support crew were collapsing around him as Walter and Pepper both fell cheaply to Thilan Walallawita, but the insuring partnership with Tom Westley was decisive.

Both Lawrence and Westley made their way to half centuries, but also both gave their wickets away not long after surpassing the milestone. A superb last couple of overs from Middlesex means that Essex finished on 161-6 at the close of their inning.

An achievable total on paper, but the previous Middlesex results meant that the mood was still somewhat dampened by the prospect of the chase. The fans were not proved wrong. Holden slashed at a short ball and was duly caught by first slip, before Joe Cracknell chipped one back to the bowler on his second ball to send him quacking. To cap off a triple-wicket maiden over from Cook, Lawrence took a screamer of a catch to his left at fourth slip to send Simpson packing for a duck.

The game seemed over. All that Steve Eskinazi and Davies could do was hang on from then on, leading to the run-rate creeping higher and higher. The pair did muster a fifty partnership, but neither could get to the individual milestone. Eskinazi (43) and Davies (41) were certainly the highlight, but neither could take the game by the scruff of the neck. Middlesex went from 101-5 to 108-8 in a few short overs, and the match had truly slipped away. Behrendorff (22*) did have an entertaining cameo at the end, but it was ultimately futile.

Overall, the game panned out about as expected, with the quality of Essex surpassing the efforts of the Middlesex players. Doomed to miss the playoffs, Middlesex will look to gain valuable experience that will help them push the upper echelons of the table next season, while Essex will continue to seek a spot in the quarter-finals.